Corvette seems like a slick homage to Chevy's beloved car brand, at least at first glance, but the weak design and lack of features ultimately make it impossible to recommend.

Corvette gives you the opportunity to drive across America in classic Chevrolet models drawn from the 1950s to the present. The game's slick presentation, along with the included picture gallery, gives fans of the Corvette brand a convenient way to bask in their infatuation while on the go, but there really isn't much here to satisfy someone who's looking for a full-featured racing game.

The box describes the game as a driving adventure, which isn't far from the truth. When you start out, the only car you have access to is the original 1953 model. You unlock new cars by completing events in the challenge mode, which assigns different regions of the United States to various time periods in Corvette history. Once you complete California 1960, for example, you unlock the 1968 Corvette Stingray. Each region contains three different challenges--a rally race, which pits you against another competitor on a 100-mile-long course full of commuter vehicles; a grand prix race, where you need to take at least third place against a field of eight challengers on a two-lap track; and a special event, which usually involves navigating a set of parking cones or avoiding obstacles within a short time limit. The game itself doesn't bring anything new to the driving genre, but it is nice that commuter vehicles actually move out of the way when you honk the horn at them.

Most people will base their initial impressions of the game on its graphical presentation, which is a slick 3D engine that at first seems to surpass everything else currently available for the system. The scenery changes throughout the course of a race. It isn't uncommon to start out in the desert, transition into a marina setting, and end up finishing the race on the busy streets of a major city. This is also the first racing game on the GBA to implement realistic shadow mapping. When you drive under streetlamps, you'll notice that the shadows on the ground smoothly darken between each light source. Drive under an elevated highway and you can watch the sunlight bounce off your car as you move past each support pillar. It's thanks to details like this that it's possible to forgive the minimal soundtrack, which is mainly just a few forgettable music tracks, an announcer calling out "checkpoint," and a set of engine and horn noises for each car.

Despite its smooth presentation, Corvette has all of the earmarks of a low-budget effort that was developed in the shortest amount of time possible. The controls don't allow for fishtailing, and the collision detection only applies to your own vehicle. CPU opponents can drive through lane dividers as if they weren't there and aren't slowed down by bumping into other cars. By contrast, anything you bump into immediately cuts your speed in half or sends your car tumbling through the air. The graphical engine, while impressive for its 3D qualities, has a draw-in distance that doesn't always give you enough room to see what's in front of you. While you're driving, obstacles such as lane dividers and support posts, as well as other cars, pop into view--often leaving you only a second to react. At the same time, the course layouts are extremely dull. At first, you can't help but be impressed by the boats sitting in the harbor or the hot-air balloons flying overhead. Beyond that, you'll soon notice that the courses lack any of the sorts of steep hills, bumps, and funky twists that make other racing games so exciting. For the most part, every track is a long series of left and right turns.

Once you complete the single-player mode, you're pretty much done. Most people will only need a couple of hours to breeze through the 24 individual sections of the challenge mode, which ultimately unlocks 14 different vehicles and a selection of 15 images in a picture gallery. The absence of link cable support is also disappointing.

Unabashed fans of the Corvette brand may want to give the Corvette game a look. It's a budget-priced title so there isn't too much risk involved. If you're looking for a good racing game to play for the long term, however, you'll want to stay away from this one. 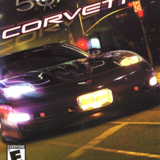 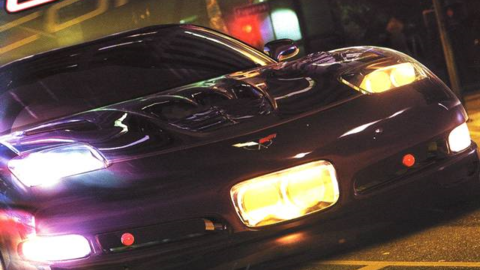 When you get right down to it, Corvette is a difficult title to recommend to even the most devout Corvette enthusiast.