You know a game has some problems when it doesn't even seem to get its name right. After all, Cops 2170: The Power of Law sounds like it's missing a word or two. The Power of Law? Is that like Huey Lewis' "The Power of Love"? Unfortunately, the title is the least of this Russian-designed game's problems, as it is all downhill from there. Cops 2170 is a game that's obviously inspired by X-Com and other classic turn-based tactical games. However, it falls far short of the bar set by X-Com. This is one of the worst turn-based tactical games in quite a while, thanks to bad gameplay, horrendous storytelling, lackluster graphics, and more.

Cops 2170 is the story of Katy, a young police academy graduate out to tackle a corrupt and dangerous world. You control Katy, as well as the members of the squad she recruits, as they battle crime in both the upper and lower parts of the futuristic city that they protect. One of the few interesting features in the game is the branching storyline, which lets you decide which factions you want Katy to assist. Do you assist the corrupt cops? Then again, are they really corrupt? Katy's naïve outlook on the world opens up some interesting questions as to who you can really trust. However, this glimmer of interesting potential is wasted, as it doesn't take long after the first mission for the plot to collapse in a convoluted mess involving mutants, evil corporations, corrupt cops, bloodthirsty robots, evil clowns, gun-toting giant rats, and more.

And no, we're not making any of that up. Part of the story's problem is that it relies on so many tired clichés...but a bigger issue is that the game is poorly written, poorly translated from Russian, or, most likely, both. The dialogue is awkward and clumsy, and the delivery by the voice actors is almost painfully bad at times. Aside from all the tedious exposition between missions, which is needed to try to explain the plot, the in-combat dialogue includes gems such as, "I am fragile and vulnerable, so be tactful or I'll break your hands." Be prepared to hear that, and other such lines, over and over again.

At the heart of any turn-based tactical game is the combat, and this is also an area where Cops 2170 is sorely lacking. It's just simply bad, especially compared to other recent turn-based tactical games. It's as if the underlying game mechanics go against convention and common sense. For example, the fog of war limits what you can see to what your characters can see, which is standard for this genre. However, the execution of fog of war will frustrate and confuse you. Each of your characters has an extremely narrow cone of vision, so enemies and objects keep popping in and out of sight, almost haphazardly. The fog of war is also inconsistent in that you can always see some objects (such as "parked" vehicles) while similar objects (such as vehicles that you can control) disappear if you turn your back on them. There are also artificial limitations in the fog of war, most notably of which is your character's vision. Each character has various attributes, such as strength, agility, and vision, all of which can be upgraded over time. Vision is important because it determines how far your character can see. However, even on a perfectly flat battlefield where you should be able to see to the horizon, your vision is still limited and you won't be able to see your enemies until they come into your vision range. It's a contrived limitation that is a particular issue at the beginning of the game when you have low-level characters with short vision ranges. By the time you detect the enemies, they're going to be all over you.

The combat itself is frustrating, and there's no way to fix it because there are no difficulty settings to choose from when you start a game. Weapons are hideously overpowered, which means that a single shot can kill a character. As a result, you'll have to resort to a tedious save-and-reload strategy, saving the game whenever you make any progress and reloading whenever your luck runs out, which will be often. Meanwhile, the artificial intelligence is practically brain-dead, as it has no concept of tactics or even self-preservation. Both good guys and bad guys will randomly walk around, even during a gun battle. Or, they'll charge directly at a gun and they'll be promptly killed. Or, they'll stand around and do nothing, even as they're surrounded and being shot at. There is no sign of any kind of intelligent behavior at all. Meanwhile, the levels themselves are big, probably too big for this game. In some cases, the levels are so large that by the time you can get your characters to the battle, friendly AI forces will have already finished off most of the enemies. But wait, it gets worse. Once combat begins, the game remains in turn-based mode until the last enemy is hunted down. This often leads to tedious hunts, as you have to walk around the level in turn-based mode until he's located.

Your characters have access to a wide variety of armor, weapons, grenades, and ammunition, as well as cybernetic implants that can boost your aim, health, and more. However, the inventory system is clumsy at best. The system is based on each object taking a certain amount of space in your backpack. Yet there's no autosort functionality that optimizes the available space in your pack, so you'll have to constantly juggle items around to make room for a new weapon or a piece of equipment.

Cops 2170 has a very eccentric design that combines Blade Runner with cyberpunk, but the visual look of the game has bigger issues than simply style. The graphics engine looks ancient by modern standards. The levels are fairly bland, as there's just not a lot of detail packed into them. This is somewhat of an issue with a turn-based tactical game, because that means a lot of open spaces without a lot of cover. The character models are relatively primitive, and the textures in the game are bland and lackluster. In other words, Cops 2170 looks very much like a game from five years ago. The sound effects and music in the game are also poor. Aside from the aforementioned bad voice acting, the weapon and sound effects are very basic, and the music sounds like your generic European techno. There is no multiplayer component, and since there is only the default difficulty level, there's not much replay value, either. The game is also a bit unstable, as it will crash back to the desktop on occasion. In summary, Cops 2170 may be a game with a few interesting ideas, but they're completely overwhelmed by mediocrity and poor execution. 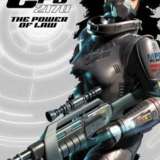 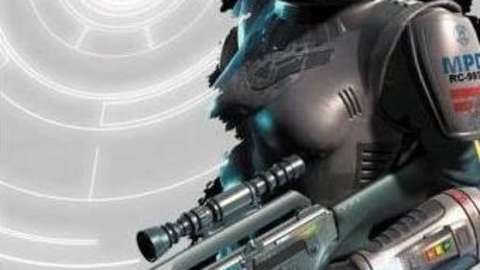 Cops 2170: The Power of Law combines elements from role-playing and tactical strategy games. The central storyline unfolds in the future where the cyberpunk culture and a highly urban- oriented society have populated North America.