IMPORT: Cool Cool Toon is a sure bet for import-savvy rhythm game fans, who would be denying themselves some saccharine-drenched fun if they passed this one up.

Import: The rhythm/dancing game genre is one rife with what can only be described as "weirdness." From maraca shaking monkeys to rapping puppies, the genre is chock full of quirky characters, flashy, colorful graphics, catchy tunes, and simple gameplay mechanics. Not one to break precedent, SNK has released Cool Cool Toon, a title that has all of these elements in spades. While this is SNK's first foray into the rhythm genre, it's clear that it's been watching the competition and taking notes, as Cool Cool Toon is nothing if not derivative.

Cool Cool Toon follows the misadventures of our two protagonists, Amp and Spica. They dance their way through Cool Cool Town, competing against giant yellow werewolves, defusing sentient bombs with their break-dancing skills, and taking on several other equally bizarre challenges - all with the help of a talking fuzzy bunny named Yusa. While unique in presentation, the gameplay will quickly become familiar to anyone well versed in rhythm games, as both modes of play in Cool Cool Toon are suggestive of previous entries in the genre.

First, there's the flitz mode, which borrows from Samba de Amigo and Bust A Groove. In the foreground is a circle where various commands show up, and you must move the analog stick and hit the face buttons on the controller in time with the music, all the while your character gets busy in the background. Interspersed between the flitz levels are notty levels, which are much akin to Space Channel 5 or PaRappa the Rapper. You're shown a series of button presses, which you must then mimic in time with the music. The better you do in the flitz and notty levels, the higher your score. At the end of each round, your score is translated into J Get points, which can be spent on different costumes, as well as other sundry fun stuff for your characters. While playing the game, the words "fluff" and "cutesy" will immediately come to mind, but don't let the cotton candy presentation fool you - Cool Cool Toon gets very difficult, very fast. The first few rounds may come off as simplistic, but shortly thereafter the difficulty is raised significantly, which may be a bit of a stumbling block for those not familiar with the ways of dancing games. Even UnJammer Lammy veterans may find the ramping up of the difficulty a bit abrupt, but thankfully practice levels and an easy mode are included to help you get into the groove of things. Similar to those of its kissing cousins Bust A Groove and PaRappa, Cool Cool Toon's world reflects your aptitude during the game. When you're at the top of your game, various inanimate objects bounce around wildly, and when your performance is less than optimal, your character stumbles through the dance moves and the music is replaced with Warner Brothers-esque sound effects.

Cool Cool Toon's music, following suit with the rest of the game, is fluffy, lightweight J-pop at its best. It's toe-tapping music that is easily digested, if a bit forgettable. Though lacking any real standout tracks, it's all catchy enough to keep you immersed and engaged in this comic book world.

The sound isn't the only element of Cool Cool Toon that comes off as cartoonish. The environments are brightly colored 3D worlds, utilizing the cell-shading effect made popular by games such as Jet Set Radio. The graphics are both fitting and well executed to boot, as everything jumps and jives at a crisp 60 frames per second. Calling Cool Cool Toon eye candy is no misnomer, as the lighthearted, sugar-coated graphics are just begging to be unwrapped and popped in your mouth.

Keeping in line with its uncanny similarities to other games in the genre, Cool Cool Toon suffers from the same problem that plagues almost every rhythm game: brevity. Cool Cool Toon is fun while it lasts, but with a mere six levels, most will get through the game in a week's time or less. Fortunately, the addictive gameplay and absurd difficulty of the later levels will keep you coming back, always going for that perfect score. These elements, combined with a plethora of unlockable characters, costumes, a multiplayer mode, and the ability to interface with Cool Cool Jam for the Neo Geo Pocket Color really help stretch out the game's replay value. It should also be noted that Japanese speech and text run rampant through Cool Cool Toon, though some good guesswork and a little trial and error will get you through the more text-heavy spots.

SNK is no longer operating in the US, and this is the last game SNK will make for the Dreamcast, so you can be sure it will never see the light of day here in the States. In the end, Cool Cool Toon is a sure bet for import-savvy rhythm game fans, who would be denying themselves some saccharine-drenched fun if they passed this one up. 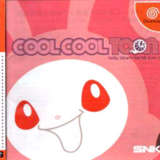 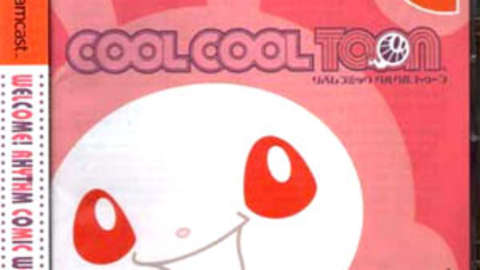 IMPORT: Cool Cool Toon is a sure bet for import-savvy rhythm game fans, who would be denying themselves some saccharine-drenched fun if they passed this one up.