CB4 is basically a better version of CB3.

Fans of the first two Cool Boarders learned the lesson that a better-looking game doesn't always mean a better game when Cool Boarders 3 was released with inferior controls. Cool Boarders 4, thankfully, doesn't have nearly as many control problems as the previous game, resulting in a much better overall experience.

Of course, new options and features are added to any new game iteration. New to the series this year is the ability to create your own boarder and board. The create-a-rider feature lets you alter his height, weight, and clothing color. The board editor mode lets you pick from several designs and change the color to suit your liking. More importantly, you are given the option to tweak the board to give it a higher top speed, more stability, and greater response. All three of these settings are important, depending on what type of event you are competing in.

Also new this time around is the inclusion of 16 real-life professional boarders, like Jason Brown and Jim Rippey. At the game's outset, only a few are available, but every time you win a tournament you'll unlock more riders.

There are five mountains to master, and they are located across the globe, from Colorado to Japan. Each mountain has five events to master. Downhill is a simple race against three other boarders. CBX is another type of race in which you must navigate through slalom-type gates. Slope style is a downhill event filled with various jumps and objects to jump off and rail slide on. Big air is one big jump that sends you soaring. While you're in the air you try to execute as many tricks as possible before the ground comes rushing up. The half pipe is self-explanatory. Each mountain also has a special event that opens up after you've beaten it on the pro difficulty setting.

Cool Boarders 4 controls and feels much tighter and much more in tune with Cool Boarders 2 than Cool Boarders 3 did. Pulling off multiple grabs while spinning and flipping through the air feels and looks so much more natural than before. The responsive controls make it easy to execute moves directly after carving hard up the side of the half pipe and letting go of the jump button.

Visually, Cool Boarders 4 is on par with last year's title. The boarders move and look very realistic, whether they're twirling through the air pulling off grabs or just leisurely coming off the mountain. The courses and environment are all fairly detailed. The snow itself has lines and marks and uneven patches on it, giving it a realistic texture. You'll even find patches of deep powder if you get off the beaten path, as well as trees and obstacles that you must watch out for. Signs and onlookers standing around the starting gates and finish lines give the game an even more realistic look.

In the end, with its tighter controls and better courses, CB4 is basically a better version of CB3. Whether or not you were a fan of the last title, if you're a fan of the series, you should definitely give Cool Boarders 4 a try. 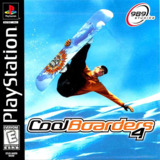 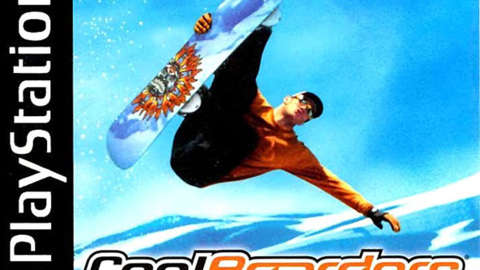 CB4 is basically a better version of CB3.