It may not have real fighters or venues, but it plays well and looks decent.

To the untrained eye, the sport of boxing looks like two men simply trying to pummel each other into unconsciousness. In fact, boxing is more of a physical chess match, where the mind and body have to work as one to outthink and outlast your opponent. But whether you're a fan of the "sweet science" of boxing's more strategic side or prefer the sheer power of a slugfest, one thing is true: Everyone's favorite part of boxing is when one guy hits the other guy real, real hard and causes him to lose his balance and kiss the mat.

The creators of Contender seem to know this as well. Instead of trying to make a sim-styled game like Knockout Kings, they made an over-the-top arcade boxing game with more of what casual boxing fans like: big punches and bigger knockouts. One of the ways the game's designers have put the emphasis on fun and taking risks in the ring is by giving you a super punch after you've been knocked down. This gives you a chance to turn the fight around with one big punch when the chips are down.

There are four modes to choose from in the game: exhibition, vs., tournament, and career. In career mode, you can take a fighter from obscurity to the top by competing against 40 different boxers, eventually giving you a shot at the title, and after that, its defense. Advancing through career mode unlocks secret boxers within the exhibition mode. While at first the AI of the computer-controlled opponents may seem extremely tough to beat on any of the three difficulty settings, you then get about seven fights into the game and recognize the fighting style of your opponent. You see, while there are 40 different-looking boxers in the game, there are less than a dozen different fighting styles to figure out. The fighters may have different strengths and weaknesses, but their behavior is the same. I have to admit, though, that the career mode was extremely challenging and fun, because even when you figure out how to fight a specific type of fighter, you still have to execute that plan in the ring without getting caught with a good punch. Another nice feature is having to defend your belt against numerous challengers when you become the champion of the world.

Contender has an intuitive control setup that allows you to quickly learn the ways of the ring without having to worry about which button does what. The 3D movement of the fighters in the ring is done quite well, even better than that in Knockout Kings. You can actually step to the side and work the angles a bit.

Visually, the game has a strange mix of realistic motion for unrealistic-looking fighters. The polygonal fighters look blocky and square, especially in comparison with the fighters in Knockout Kings. Little touches like facial animations for the fighters, such as wincing when a punch lands, give the game a very believable look. All the action in the ring can be seen from seven different angles. The first-person view is actually done pretty well.

Contender isn't going to win any awards for sound and music, except for maybe the world's most annoying commentary. Voices shout out things like "Keep your rhythm," "Don't back off now," and my favorite, "Use your feet!" What's even better is when you fight in a gym that is completely empty except for you and your opponent, and the cheers from the crowd and annoying voices still abound.

In the end, Contender is a boxing game that delivers the goods, albeit in a very generic fashion. It may not have real fighters or venues, but it plays well and looks decent. And most importantly, it's fun. If you're looking for a boxing sim, this isn't the game for you. But if you're after some quick-and-dirty arcade-style boxing, this is pretty much the only game in town. 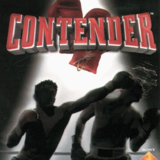 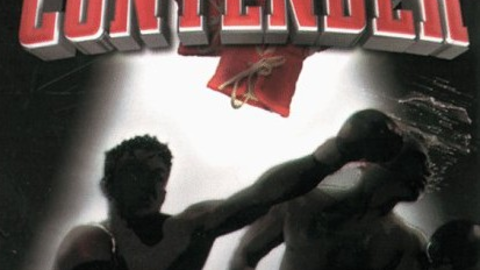 It may not have real fighters or venues, but it plays well and looks decent.