Hitmaker, the internal Sega development studio that brought you Crazy Taxi and Virtual On, has ported another of its arcade games to the Dreamcast. Confidential Mission is a light-gun game in the spirit of the Virtua Cop series, and you play as a debonair superagent who must stop an evil mastermind from using a hijacked satellite for the purposes of world domination. Unfortunately, Hitmaker's quirky sense of style and revising of existing formulas are all but absent from Confidential Mission, though it's doubtful these things could've saved the game from its well-worn premise.

Confidential Mission is Virtua Cop with secret agents. Or, if that definition doesn't suit your fancy, you could describe it as House of the Dead 2 with secret agents. Either way, you already know how Confidential Mission is going to play out. With your camera on rails, you roll around levels, shooting evil henchmen as they pop out of doorways, slide across hallway floors, and jump up from behind crates. You will also encounter an occasional boss fight and a few midlevel minigames. Confidential Mission boasts branching level design, but this gimmick has little impact on how the game actually plays. It goes like this: A few times each level you are faced with a minigame-style challenge, such as shooting out the coupling pin between two train cars or clogging up exhaust ports spewing poisonous gas. Regardless of your success in these missions, you still have to shoot your way through a horde of thugs, though if you complete the minigame challenge, the scenery through the rest of the level will change slightly.

The game's ultrasimple arcade control should, in theory, allow for a fast-paced, streamlined gaming experience, but there are some factors that hinder the gameplay. Designed as a light-gun game, Confidential Mission can still be played with a standard Dreamcast controller, but historically, a light-gun game without the light gun is the antithesis of fun, and this game is no different. Sega has neglected to release its first-party light gun in the US, and the Japanese Dreamcast light gun is incompatible with US games, so you're stuck with third-party light guns, whose quality and accuracy can be hit and miss. This is less the direct fault of the game than it is part of Sega's legacy of bad hardware decisions, but it undoubtedly has an impact on how much fun you can have with this game.

As far as Dreamcast games go, Confidential Mission is graphically proficient. Most enemy models and environments are fairly simple in design, evoking the distinct polygonal look in other Sega NAOMI-based arcade games. The main characters are given more definition during real-time cutscenes, and there is never even a hint of slowdown through the length of the game.

The game's score is evocative of the James Bond theme as well as the Peter Gunn theme, though it borrows directly from neither. The game's music and sound effects are passable and generally uninteresting, but the crown jewel in Confidential Mission's aural presentation is the magnificently laughable voice acting. Much as in House of the Dead 2, long, dramatic pauses followed by a stilted "oh no!" or "let's go through this door" are the rule, not the exception. Some will appreciate the hammy, campy nature of the bad voice acting; others will reach for the mute button.

If Sega's previous arcade light-gun games still hold appeal for you, this game may be right up your alley. However, those who have grown weary of rail-based light-gun action games will find little of value in Confidential Mission. 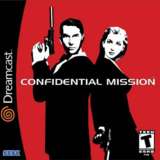 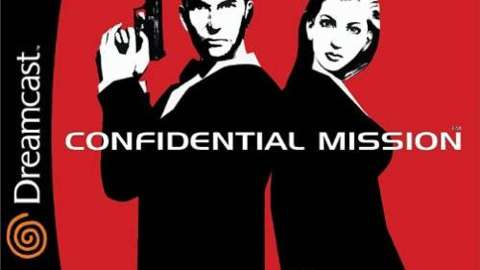