This short expansion is only for Company of Heroes completionists.

Stand-alone expansion Tales of Valor coasts on the Company of Heroes name. That isn't necessarily a bad thing, given that the 2006 original is still the gold standard of World War II real-time strategy gaming. But this latest addition to the family is pretty paltry, featuring just a trio of miniature campaigns comprising nine abbreviated missions, three new multiplayer modes, and a few game tweaks that you could probably do without.

None of the three new campaigns feel much like those in either the original game or 2007's Opposing Fronts expansion. Most of the missions have been scaled down to focus on handfuls of units battling for chunks of the French countryside in the weeks after the D-Day landings. This enhances combat intimacy nicely, giving you a reason to care about individual troops. The tradeoff comes in depth, though; you don't have to worry about wide-ranging tactical issues that affect an entire map when you're looking after just a few units. Here, you're pretty much always going it solo, especially in Tiger Ace, in which you lead a single German tank crew during a seesaw battle for control of the French village of Villers-Bocage, and Causeway, which deals with 82nd Airborne infantry squads assaulting the heavily defended La Fiere Causeway. All you generally do in these campaigns is fight, which leaves you with few decisions to make aside from ordering flanking maneuvers, moving units in and out of cover, and selecting special abilities. Only the Falaise Pocket campaign expands the scope of the add-on, forcing you to capture territories, build defenses, and order reinforcements while helping a German army escape an Allied pincer movement.

But it's still over way too soon. Even Company of Heroes newcomers should be able to blitz through the three minicampaigns in Tales of Valor on Normal difficulty in no more than a couple of hours of playing time. Both Tiger Ace and Causeway involve little more than straightforward attacks, defenses, and counterattacks. It's frenetic and exciting, especially during the second mission of Tiger Ace, wherein you have to sneak an on-foot tank crew out of a French village swarming with British patrols and machine-gun nests. Nevertheless, even this isn't particularly challenging. Quick button-clicking is more important than strategizing. And the new "direct fire" shooting option with which you can manually guide weapons is completely superfluous. Falaise Pocket is much more elaborate, although poor enemy AI ruins a lot of the fun. For example, in the first mission in this campaign, you begin with a small German force under siege by attacking Allies. Your goal is to withstand this onslaught by running around and alerting garrisons of the attack and building 88 antitank guns to defend hiding Panzers until nightfall. But what starts off as a tense scramble against overwhelming opposition soon turns into a joke, considering that Allied tanks refuse to press advantages. One moment they're blasting down the road toward your main base, forcing you to run for cover; in the next, they've pulled out for points unknown, leaving the way clear for you to wake up more garrisons and build those 88s.

Multiplayer is just as disappointing. Tales of Valor includes three new game modes, Assault, Panzerkrieg, and Stonewall, all of which just inflate minor aspects of combat into major concerns. Assault focuses on heroes assaulting enemy lines, Panzerkrieg on an armor mash-up deathmatch, and Stonewall on defending a town with buddies from an all-out attack. It's hard to really get into any of these games, mostly because they vary so little from the core Company of Heroes gameplay already seen in both the solo missions and the earlier multiplayer modes. Panzerkrieg seems to be the only one of the new three to be developing something of a following online, probably due to its fast-flowing action. Regardless, there is no comparison between the numbers of players playing it and the crowds taking part in Classic Match and Skirmish games.

Even middling Company of Heroes action is typically better than what most other RTS franchises can offer, but the slim content in Tales of Valor is really pushing it. Although the core gameplay is still spectacular, both the single-player campaigns and the multiplayer modes of play on offer here aren't exactly inspired. You can safely skip the whole thing and not miss much unless you're determined to complete your Company of Heroes collection. 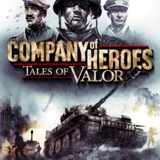 Company of Heroes: Tales of Valor
Follow
$76.44 on Walmart
Buy 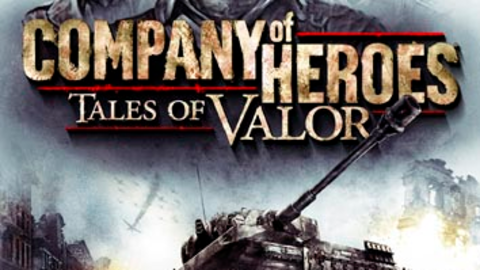 Company of Heroes: Tales of Valor

Company of Heroes: Tales of Valor is the second stand-alone expansion to the series featuring new campaigns, units, multiplayer modes, and maps.

7.4
Sign In to rate Company of Heroes: Tales of Valor