Commander: Conquest of the Americas Review

Instead of wrestling with rival nations, you'll tussle with unruly advisors in this naval trading sim.

Conquering foreign lands, setting up lucrative sea trade routes, and colonizing the new world are all challenging pursuits with which Finnish developer Nitro Games is well acquainted. Last year's naval real-time strategy trading war game East India Company was not without its issues, but it gave players a strong taste for the complex task of establishing a trade empire and stomping out rivals companies in southeast Asia. This time around, the studio set its sights on tackling the coastlines of North and South America. Though it's not exactly a sequel to EIC, Commander: Conquest of the Americas is a very similar game with a slightly different scope that generally improves on some of the problems that hampered its spiritual predecessor. Instead of ramming combat down your throat, the flow of the game revolves more closely around the steady growth of your colonial empire through trade and balanced management. That's still no easy feat because appeasing your advisors can feel like an entirely different kind of battle.

It's the 16th century, and the New World is calling. Conquest of the Americas gives you free pick of one of seven different European nations to command and drops your tiny starting fleet in the North Atlantic Ocean circa 1500 AD just off the coast of the Americas. Each nation has its own unique perks and balances. For example, France's ships cost more to produce, but they're faster and do more damage in battle, while Spain has a stronger religious impact that's offset by lower standing with local native tribes. Regardless of which nation you choose, your mission is the same. From the moment you make landfall and develop your first meager colony, you have exactly a century and a half to expand and build a thriving trade business, as well as stake your claim to as much of the coast as possible. Early on, you'll ferry colonists and troops to beef up your settlements, build new structures to meet the needs of the people, churn out valuable goods to export back to your homeland, and create a military force to protect your hard-earned assets. These gameplay elements gradually ramp up as time passes. With a steady influx of new citizens, your colonies will gradually grow, allowing you to gather more exotic resources and produce higher quality goods that fetch top dollar at the export market. Properly managing taxes and building structures that improve your colonies helps keep citizen morale high, which, in turn, makes them produce goods at a faster rate. Balance is crucial to steady growth, but it's not so easy to achieve at first.

Expansion is a slow and steady process that requires you to carefully plan and micromanage your colonies. There's an overwhelming number of moving pieces thrown at you from the get-go, and the game's extremely limited tutorial elements don't do a great job of spelling out how to accomplish the tasks set before you. Even those familiar with the genre's key concepts and mechanics will struggle to digest all of the nuances that come with establishing trade routes, tracking the finances of your growing colonies, upgrading the right structures to produce required goods, and handling the other minutia you must manage. Overcoming these initial hurdles can be an agonizing process, especially for newcomers. However, things do eventually iron out with a little practice. The gameplay becomes a lot more enjoyable when you get into a steady groove and familiarize yourself with some of the game's more helpful features--a few of which are both clever and invaluable. Once you get a firm grasp of its complexities, the auto-trade route option is a brilliant shortcut that lets you send ships on elaborate routes to pick up and drop off goods, transport colonists and soldiers, and sell items for a high profit. With so many structures to build at different times in the game, a handy recommendations menu lets you access a list of buildings you should be making to expand your settlements. Or you can ignore that option and access the full menu to pick and choose.

Many economic simulation and civilization building games have virtual advisors to provide hints and general know-how, but Conquest takes that to the next level by hinging your overall success on how good you are at keeping them happy. There are four advisors that cover different aspects of your empire (trade, religion, law, and military), and each chimes in with specific missions at regular intervals throughout the game. Initially, they give you some breathing room and only provide hints and basic missions to help you get started. Their mission requests are frequently inline with areas you naturally need to grow in as the game progresses, such as increasing the number of import goods you're selling, exploring more of the coastline, adding a stronger military presence to your fleet and settlements, and making sure your citizen morale is high. Completing these tasks within the time allotted keeps you in good standing with your advisors and earns you extra rewards to help your empire grow. However, your advisors get more demanding as time passes, and some of their requests are all but impossible to complete within the time frame they allow. Failing a few missions here and there doesn't have a huge impact on your overall success rate, but if you manage to screw up badly enough, the game will end prematurely. It's an interesting mechanic that provides an enjoyable level of steadily increasing challenge, though missing out on missions because of inanely short time constraints can get frustrating.

Combat isn't entirely optional, but the military scuffles that unfold in Conquest are downplayed substantially in favor of diplomacy, economic growth, and trade. It's nice to not have your entire operation scuttled prematurely due to vicious AI opponents rampaging across the map with a fleet of warships bent on destroying you. Natives occasionally raid your settlements, resulting in little more than a brief screen that outlines the casualties and results of their attacks. When full-scale naval battles do erupt, you can auto-resolve them if you're strong enough, or you can dive into longer real-time ship-to-ship battles on a zoomed-in section of the map. Either taking direct control of your lead ship or using a more traditional RTS-style control, you blast away at enemy vessels until there's a victor. Considering you can change shot types, engage various tactics, and trigger rechargeable special abilities, there's enough depth here to satisfy the basic battle needs of most players, though these encounters aren't particularly thrilling or as elaborate as the economic and expansion portion of the game.

Conquest has no multiplayer to speak of, which will be a turnoff to some, and the main campaign mode follows a similar trajectory regardless of which nation you play as, limiting its replay value. Serviceable visuals, limited combat encounters, and a dense initial learning curve may not charm new players to the genre. But if you take some time to warm up to the complex trade and economic simulation Conquest has to offer, you find it capable of pleasantly stealing away many hours of your free time. 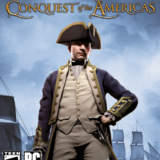 Commander: Conquest of the Americas
Follow
$15.95 on Walmart
Buy 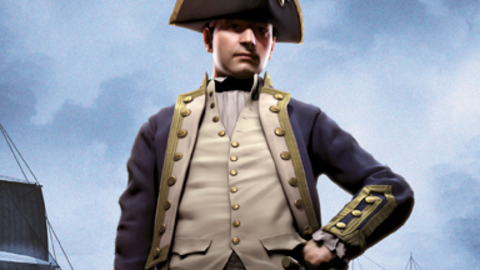 Commander: Conquest of the Americas

Commander: Conquest of the Americas features elements from both trading and strategy games.

5.9
Sign In to rate Commander: Conquest of the Americas