While Firestorm offers only a few changes and additions to the original game's graphics and sound, it succeeds in reinvigorating Tiberian Sun's gameplay.

Firestorm is a well-made expansion pack to Command & Conquer: Tiberian Sun that enhances the original game by adding interesting new military units and enjoyable, challenging single-player scenarios. While Firestorm offers only a few changes and additions to the original game's graphics and sound, it succeeds in reinvigorating Tiberian Sun's gameplay.

Firestorm's new unit and background graphics blend right in with Tiberian Sun's original appearance. Considering the game's visuals never looked very impressive to begin with, they've actually aged fairly well, as both the old and the new military units in Firestorm are cleanly animated, just as the game's special effects are carefully detailed. Its few new music tracks are similar to the many tracks in the original, though fans of the Command & Conquer soundtracks will be pleased to hear even more music from Westwood's composers. Unfortunately, Firestorm's plain or comical sound effects are also virtually unchanged.

The best new feature in Firestorm is the new units it introduces to both the GDI and the Brotherhood of Nod factions. Although the expansion doesn't offer a huge variety of new units, the additions manage both to further differentiate the two warring sides and to significantly expand their strategic options. For instance, the GDI's devastating new triple-barreled Juggernaut walker allows for long-range bombardment, letting the GDI pound on enemy units and demolish base defenses from a safe distance. However, the unit is slow and must lock into firing position before it can attack. Nod's new spiderlike cyborg, the reaper, doesn't have such obvious shortcomings; the reaper's multiple missile launchers can attack both ground and air targets, while its antipersonnel web attack can immobilize groups of infantry. Both GDI and Nod also get limpet drones, which can burrow themselves and latch onto enemy vehicles, slowing them to a crawl.

Both sides also get to produce mobile war factories, which are slow-moving vehicles that can set up shop at any point and begin producing additional vehicles remotely. Mobile factories offer an interesting tactical opportunity for ambushes, and they are particularly effective for the Brotherhood, whose new mobile stealth generator can hide the factory from its opponent's sight. The expanded unit arsenal in Firestorm further accentuates each side's advantages, but it also gives each side new tools with which to defend against its rival's new tricks. Though Firestorm is action packed just like previous Command & Conquer games, it's more strategically rewarding than its predecessors were, due to its wider variety of tactical options and countermeasures. Firestorm is consequently a more interesting game to play, but it's also more difficult.

The heightened challenge extends to Firestorm's two new campaigns, which include nine new missions each for GDI and for Nod. The new scenarios are lengthy and difficult, and they often demand that you complete a number of objectives to achieve victory. The missions begin with full-motion-video sequences similar to those in Tiberian Sun, though the likes of Hollywood personalities Michael Biehn and James Earl Jones are nowhere to be found. The new cutscenes aren't exactly Academy Award quality, regardless, but they'll appeal to Command & Conquer fans anyway, and they do a good job of lending context to Firestorm's missions. Noninteractive story sequences also unfold at particular times during the actual missions, making the proceeds seem more meaningful. Firestorm's plot picks up directly where Tiberian Sun left off, and it also suggests the direction in which the Command & Conquer series will continue.

Firestorm adds additional features to the game's random-map generator for skirmishes and multiplayer matches, letting you further customize the type of battlefield you'd like to play on. The game also includes more than a dozen new multiplayer maps, as well as the new multiplayer mode that lets you take sides in a persistent online battle to control territories across the globe. Firestorm's extensive multiplayer features ensure the game's longevity on Westwood's integrated online play servers, just as the game's crafty computer opponent should make the single-player campaigns and skirmish games enjoyable for anyone who liked Tiberian Sun. If you liked Tiberian Sun's fast gameplay and its time-honored play mechanics, you'll be pleased with Firestorm's substantial improvements. 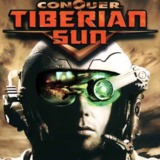 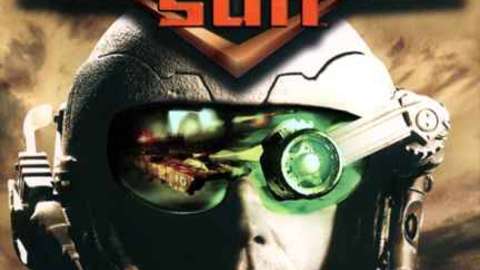