Cunning defensive strategies and the ability to build up attacking armies make this one amazing tower-defense game.

Comet Crash is a drastic departure from typical tower-defense games. Although you must still defend your base against an unrelenting onslaught of enemy attackers, you are not just a helpless commander trying desperately to hold off opposing forces. Rather, the power of destruction is in your hands as well. To achieve victory, you must not only craft an intricate defensive strategy, but also devise an offensive plan to take down your merciless opponent. This carefully woven dynamic between offensive might and defensive prowess creates a diabolical energy that keeps you constantly strategizing and maneuvering. Throw in gleefully chaotic competitive multiplayer and frantically engaging cooperative action, and you've got something special. Comet Crash soars above other tower-defense games and earns a prestigous spot on the strategy game skyline.

Laying waste to your unnamed assailants is always exciting, but before you even think about how you're going to bring the pain to them, you're going to need to plan out your defensive strategy. The beginning moments of each of the game's 28 campaign missions pit you against initially daunting odds. Your opponent has been handed an array of defensive structures and offensive forces, so you must quickly build up your own defenses or else you'll find yourself decimated within the first few minutes. Comet Crash ignores typical tower-defense conventions in which your enemy releases scripted waves of attackers followed by moments of respite during which you can refine your strategy. There is no such luxury here. You can be attacked at any time, so you must constantly shore up your defenses to ensure that you are equipped to handle anything that comes your way. This unpredictability will keep you on your toes.

The strategy of setting down defensive structures goes beyond merely placing lasers to attack airborne foes or pulsars to electrocute those poorly shielded scouts. Enemy attackers will always follow the shortest path from their base to yours, and you can herd them into circuitous routes by constructing an elaborate network between the two bases. You are allowed to build walls of turrets wherever you like, as long as you don't completely block off the path between bases, which allows you to constantly pepper your enemy as they push forward. Dishing out optimal punishment makes meticulously crafting the most elaborate route possible an addictive endeavor. The levels quickly ramp up in difficulty, so you must master the art of maze creation to have any chance of holding off your relentless foes long enough to build up your own offensive troops. You can also set up nodes that you can pass through but your opponent cannot, letting you circumvent your devious constructions and take a shortcut to your enemy's headquarters.

Once you have your defensive towers all laid out, it's time to shift your focus to destroying your enemy. Two of the eight structures that you can build in Comet Crash are devoted to churning out troops to vanquish the evil threat opposing you. The basic ops structures are where your offensive units are created. These vehicles are not equipped with guns that will let them shoot down turrets or enemies in their path. Rather, they are kamikaze riders, steamrolling directly into your enemy's base if they can successfully wind their way through the dangerous defenses. Basic ops can build four different units. The scout is fast but weak, the tank is more durable but slower, drones fly over obstacles and head straight for the enemy base, and torpedoes are extremely fast but have trouble navigating tight paths. You can have up to 1,000 troops at one time, and once you are ready to strike, you tap the right stick to highlight your desired troop and unleash the hounds.

You also have access to a special ops structure that can build more-interesting troops. Hammers intermittently stun enemies, further exposing them to your defensive barrages; thieves convert bad guys to your side, instantly sending them back at their makers; switches can short-circuit pulsars, clearing the way for your advancing troops; and carriers can shuttle your land vehicles clear across the sky, bypassing terrain obstacles and enemy defenses. Mixing these specialized allies with your regular troops can make your attacks unpredictable and much more dangerous. Your enemy has these tools as well, so you will have to be adaptive and quick-witted to clear levels. You will constantly have to evolve and refine your strategy to ensure that you can dispose of every threat.

With the constant string of decisions you’ll need to make, Comet Crash moves at a blistering pace. There is always a new defensive structure needed, a way to make your elaborate maze even longer, or a different offensive unit to counter your enemy's evolving defensive operation. The action is intense and satisfying, constantly pushing your brain and thumbs to make sure everything moves at peak efficiency. In addition to deciding which structure needs to be built, you will need to collect currency to fund your warfare. Meteors drift through the map, and you need to drag them to your lasers and turrets in order to destroy them and gather the little yellow coins they release. There is a constant tug of war for your resources, which forces you to decide if you want to upgrade your defensive structures or put a little more cash into your offensive reserves. The frantic pace is immensely satisfying and ensures that there is never a dull moment.

As if the single-player mode didn't offer enough excitement, there is an offline-only multiplayer mode that is even more intense than the campaign. This mode is built on pure chaos. Four players can fight it out for galactic supremacy, and you can lay down your defensive structures anywhere on the map. The twelve maps have plenty of open spaces, and because you can choose where to place your bases and defensive structures, the battles are different every time. The lack of concrete rules makes it impossible to anticipate your opponents' actions, giving way to ridiculous battles in which truces are quickly made and then broken, and gleeful yells are as prevalent as aggravated outbursts. The sheer madness that ensues can be difficult to comprehend at times, but the initial anarchy gives way to a more measured, strategic phase. These battles can feature formidable escalation as both players shore up their defenses, scramble for resources, and maneuver their forces for the killing blow. The addition of a three-player co-op mode lets you bring friends along to help you fight the dastardly AI foes. You play through the same levels as the single-player campaign, but having another set of eyes or two to plan out the strategy is a huge help, making it even more fun to take down your enemy.

The sometimes indistinct visuals are the one dark spot in this otherwise brilliant strategy game. For the most part, the sterile style of the graphics does its job, letting you quickly design and employ your strategy. However, in the later levels, when the camera is zoomed out and units and structures are more plentiful and varied, it can be difficult to quickly differentiate between the many onscreen structures. Figuring out how many times a specific turret has been upgraded or what troops your opponent is building can be awfully difficult. It doesn't destroy the fun or your ability to progress, but it can be a slight hindrance, especially on standard-definition television sets. The soundtrack neither adds nor detracts from the mood, supplying a steady stream of generic science-fiction music that never quite matches the energy of the onscreen action.

Fortunately, Comet Crash is just too good to be hampered by these shortcomings. The clever twists to the tower-defense genre add an intensity that is lacking in many of the game's forebears. There is a delicate balance between offense and defense that is just superb, constantly forcing you to bounce between the two in order to smite your enemy. The hectic multiplayer mode can border on sheer chaos, but the cunning strategies needed to defeat human opponents are immensely rewarding. Comet Crash is intense, strategic, and super fun, and it's a tremendous step forward for tower-defense games. 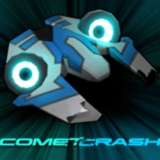 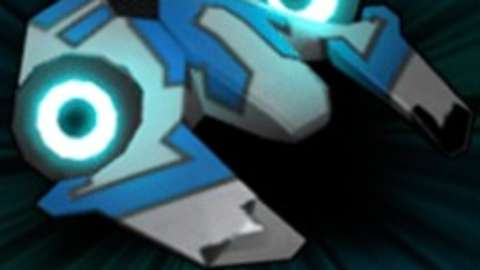 Comet Crash is a tower defense game available for download on the PlayStation Network that features 28 stages and co-op play for up to three people.