Back when the Combat Mission series began in 2000, it was a revelation. The Battlefront wargame set during World War II was authentic and unflinching enough to earn the grognard's seal of approval, yet also so downright approachable that it didn't scare off newbies looking for something a little more realistic than the run-of-the-mill RTS. Sequels have only built on this greatness, too, which means that expectations rise awfully high whenever a new addition to the family comes along.

So it's hard not to feel let down by Combat Mission: Shock Force. This is more of a members-only wargame, with an unforgiving interface and so many intricacies that even those familiar with the earlier games in the series will find themselves lost over and over again during the first few hours of play. Even worse, there isn't much here to reward diehards who struggle through the grueling early going. Artificial intelligence is largely missing in action, scenarios feel gimmicky and prearranged, and just about everything seems rough and unfinished. Battlefront has already shown its willingness to improve the game, having released a version 1.01 patch on the day of the game's online launch that addresses some issues, but a tremendous amount of work remains.

At least Battlefront started with a good idea. Instead of going back for yet another visit to Adolf and Uncle Joe, CM: Shock Force moves the setting to a near-future battleground in the Middle East. Instead of creeping through French hedgerows or rolling Panzers over farm fields, the campaign, one-off battles, and multiplayer engagements are based on the notion of the US invading Syria in 2009 to topple its leaders. The background story and war depicted here is really a straight copy of what happened with 9/11 and Afghanistan, although you've still got to give Battlefront points for trying.

Not that the story and setting really matter much in the end. It's tough to get deep enough into the game to appreciate what's going on in the Syrian sands, particularly if you've never played the previous Combat Missions. Battlefront has added a training campaign to the game with the 1.01 patch (the launch game had no tutorial whatsoever, so you had to rely on fumbling your way through small-scale missions like Al Huqf Engagement to figure out what was going on), although it isn't nearly comprehensive enough to address the many ins and outs of modern combat presented here. The manual doesn't help a great deal, either. While lots of information is stuffed into its 200-plus pages, this PDF tome is laid out like reference material geared solely to answer specific questions. And this is one game that needs a manual to take you by the hand. The interface is jammed with text that's about the same size as the fine print on auto-rental contracts, along with numerous tiny buttons bereft of context or tool tips. Hotkeys are supported, but you can't change them without editing a text file in Windows, and they annoyingly change function depending on what you're doing at the time you hit them. When you move, for example, the "I" key is "Quick," but when you're in combat "I" stands for "Target Light." Good idea, guys. Everything is so clunky and archaic, it's amazing that Battlefront doesn't include a code wheel for look-up copy protection.

Gameplay itself doesn't feel quite right, either. Battlefront has attempted to revamp the combat engine with the option to play in real time, in addition to the familiar turn-based WeGo system from the earlier games in the series. This new feature is very hard to appreciate, however, due to some big glitches. Pathfinding is absolutely awful, albeit improved in the 1.01 patch from the horror show on display in the original build. Soldiers still run into one another constantly and take the long way around buildings. Vehicles slam into each other and swivel in place. Even something really simple, like ordering a bunch of Stryker combat vehicles to move straight ahead, results in a panicky fire drill when they're in close quarters, with the trucks driving every which way but the one you selected. Similar problems are apparent when playing with WeGo, although it's easier to adjust to them by using lots of waypoints.

Enemy AI is just as hit-and-miss as the pathfinding. Again, it's better with the 1.01 patch than it was in the original release (sensing a trend here?), but foes still often hold their positions and fire back only after you've initiated an attack. Even in missions where you're supposed to be competing for an objective, AI troops will sometimes mindlessly hang back and wait for you to move in and slaughter them. It's almost as if units have little, if any, functioning AI and are responding solely to battlefield triggers.

And this isn't the only reason that CM: Shock Force combat lacks authenticity. Although the battles here are all about modern asymmetrical warfare such as that currently being waged in Iraq between the US and ragtag local insurgents, the game is still very much a creature of the Second World War. All Battlefront has really done is shoehorn its old approach into very different theater of war where the sides are wildly lopsided, not fairly even like it was in many WW II engagements. Syria's military isn't anywhere near that of a superpower right now, so there's a real credibility gap in having them match up so evenly with US forces.

Also, the gimmick of unconventional forces is used to balance the two sides on occasion. Basically this means that thugs in civvies pop out from the civilian population every now and again to say hello with rocket launchers. This is a great idea that seems pulled from the daily headlines coming out of Iraq. But it's executed terribly, as civilian populations aren't depicted in the game. Unconventional enemies are invisible to the Yanks until they either flat-out attack or come so close to units that they apparently become suspicious enough to warrant a closer look. Of course, all you actually see are goons materializing out of nowhere with IEDs at the ready, which makes the whole concept seem like an AI cheat.

Criticisms can also be leveled at the graphics and sound. While nobody expects boutique wargames to be gorgeous, CM: Shock Force is downright hideous. Battle landscapes are grainy and seem to float on top of a backdrop. Every map is dominated by desert terrain, even though the real Syria is actually quite geographically diverse. Weird artifacts clutter up the landscape and flashes regularly make parts of the terrain twinkle and vanish like some Arabian Brigadoon. Yet even though the game was thoroughly clubbed with the ugly stick, it remains a system hog. Technical problems constantly interfere with gameplay, especially in the real-time mode. Constant hitches when zooming in and out and odd delays when rotating the camera angle mean that you regularly have to pause to give orders. Audio seems almost random. Syrians speak in a repetitive, muddled Arabic that sounds like they're saying "Yella!" ("Come on!") over and over again. Granted, you do hear this a lot in the Middle East as the word is casually used like "Hey!" is in the US, but here it's said so much that it sounds like the speakers are stuttering. Weapon effects are better, at least, as are the comments from US troops, which seem pretty well-suited to specific combat situations.

What more can be said? CM: Shock Force is a tremendous disappointment. There is still a great deal of promise here, Battlefront has already started whipping the game into shape through what will no doubt be a long succession of patches, and the diehard fan base will undoubtedly use the included editor to make some impressive battles. Even so, no game should be released in such a rough, incomplete state. 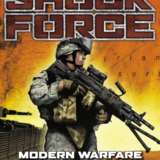 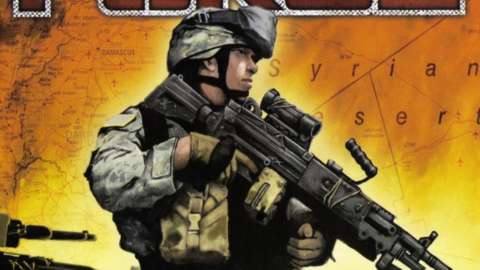 The Combat Mission series continues in this latest sequel, in which players lead a multinational effort to restore order in Syria after a 2007 coup.