Although it's not as energetic or complex as many modern-day puzzle games, it doesn't really disappoint in any specific area either.

Columns Crown is a remake of a puzzle game that originally appeared on the Sega Genesis and Game Gear systems. The underlying goal is to line up three jewels of the same color (red, orange, yellow, green, blue, and purple) as they fall from the top of the screen in trios. A pile forms at the bottom, allowing you to put together strategic chain reactions of anywhere from two to eight linked groups.

Although the basic premise isn't terribly complex, the influence of a flimsy plot device adds a bit of verve. Apparently, low-life thieves have stolen the 24 magic jewels from Princess Dazzle's crown. These jewels have a variety of elemental powers that--you guessed it--tend to cause a lot of fun mayhem during matches. As such, Columns Crown is basically the original version of Columns spiced up with power-ups and versus battles.

In all, Columns Crown offers four gameplay modes: a survival mode, for single-player practice; a CPU versus mode, for collecting and using power-up items against up to eight CPU opponents; a time-attack "flash" puzzle mode, for testing your skill against 50 different challenges; and a two-player link option for human vs. human matches. Of these, the CPU and human versus modes are the most fun, as they let you unleash your magical abilities during gameplay. With every set of gems you clear, an onscreen indicator fills. Each time you top it off, a power-up jewel that you can clear to trigger an elemental attack drops from the sky. Although your initial stockpile of abilities is limited to two, there are 24 different power-ups to collect, including speed-ups, lasers, shuffle stoppers, and pile increasers. Using the link cable, you can also trade gems among friends.

In keeping with its simple design, Columns Crown isn't overly flashy in terms of graphics or sound. Painted backgrounds and animated characters decorate the outside of the puzzle field, while a bold use of contrasting colors and shapes makes up the internal gem board. From time to time, the use of an elemental power-up or the activation of a lengthy chain combo interrupts the pleasant calm with a flashy laser-light show or the appearance of a gigantic rampaging creature. The music and sound effects are melodic and inoffensive, with just a hint of voice samples sprinkled in during power-up usage.

Fans of the original Columns or players looking for an alternative to THQ's abhorrent Tetris Worlds GBA title should find Columns Crown to be an excellent alternative. Although it's not as energetic or complex as many modern-day puzzle games, it doesn't really disappoint in any specific area either. 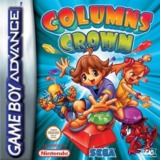 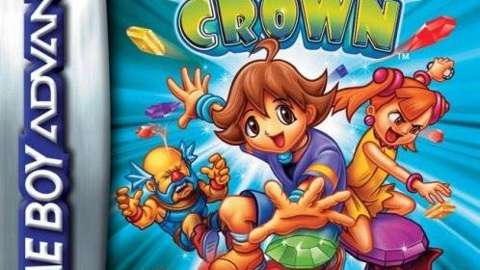 Although it's not as energetic or complex as many modern-day puzzle games, it doesn't really disappoint in any specific area either.