Color Guardians is a beautiful headache. The idea is simple enough: you're a colorful mascot, running mostly from left to right and dodging back and forth along three lanes to avoid upcoming hazards while you collect glowing orbs to boost your score. The experience could have been delightful, but instead wavers between monotonous and infuriating.

As the game begins, most of the color is sucked out of a magical world and replaced with darkness. You, a red guardian, and your two friends--blue and yellow--are the only ones who possess the ability to restore the vibrant hues that otherwise will be gone forever. The setup is reminiscent of Kirby and the Rainbow Curse or de Blob, only this game is populated by generic characters you've never seen before and probably won't care much about now.

If making everything right only required you to gather the orbs strewn about the three lanes, Color Guardians wouldn't offer much to challenge you, even with the addition of the environmental hazards. However, as a guardian you possess the ability to change between the three primary tones, and must utilize that gift in order to make real headway. If you pass over orbs while appropriately colored, you gain rewards. You do better still if you press one of three buttons as you find yourself in position. This is a neat idea on paper but tedious in practice. Imagine if your score in an old Sonic or Mario game were dependent on your willingness to press a button each time you passed over a ring or coin.

Earning the best possible ranking in a stage is difficult, since you must manage a nearly perfect run to do it. A two-star rank is essentially the default. If you mess up badly enough that you're in line for a lesser accolade, you seldom survive the effort, at least during the first half of the game. After that, it sometimes seems the only way you ever reach a goal is by the skin of your teeth. Fortunately, you can resume as often as you like from a checkpoint, once you pass one. The downside is that these are in rather short supply as the game wears on, and thus you have to retread a lot of hostile ground.

Early on, the challenge isn't severe, but that changes with the introduction of new mechanics. You eventually find oversized parasols that you collect automatically as you pass over them, and these carry you into the air for a while, after which you can either descend slowly or discard them to initiate a quick dive. Elsewhere, your path is blocked by color-coded barriers that recede only when you approach them with the proper hue applied. There are mushrooms and giant fans that allow you to quickly gain elevation, but your color must match theirs, or they're useless.

None of that may sound especially taxing, but it comes together in some truly exasperating ways. The developer did a commendable job of taking full advantage of each new gameplay wrinkle. Less admirably, it produced a lot of seemingly simple scenarios where you must do the opposite of what feels natural or face the consequences. Because of the particular button layout, it's easy to associate each color with a particular lane, but any color can require your interaction at any time, often in a rapid-fire sequence and with all manner of distractions. This dynamic is of course exploited frequently. Likewise, the game eventually trains you to switch hues so that you can gather trinkets and spring triumphantly from color-coded mushrooms. You then tackle a level that forces you to do precisely the opposite, lest you launch into inky spirits flying overhead. In the third world and elsewhere thereafter, you ride in mine carts that only switch lanes if you press a button corresponding to the desired lane. Such areas force your brain to adjust yet again, especially when segments of track are interrupted by ledges for a brief time. The net effect of the game's design is that you spend your time racing through one level after another, failing frequently until you memorize every danger that lies between one checkpoint and the next. Each stumble is punishment for your lack of a crystal ball that might allow you to divine what obstacle comes next. Successes don't feel like proof of skill; they merely attest to your ability to memorize another sequence.

The irksome platforming is exacerbated by a number of related issues. You frequently find yourself floating over wide gaps, forced to land briefly on small islands and launch from pads. Sometimes, you must drop your parasol and quickly switch colors and spring into the air again before changing to another lane. Then, as you tumble into an abyss, you realize that you actually needed to switch two lanes at once, which wasn't immediately apparent. An on-screen indicator lets you know where you will land, but it's mostly only useful to explain your mysterious death so that you can do things differently the next time around. Another problem is that sometimes the game hangs for a split-second without warning, which murders your timing, or indicators pop up as you pass score thresholds and ruin your concentration.

Whatever its other issues are, Color Guardians at least nails its presentation. Its visual design in particular is quite appealing. Regions start out draped in shadow, but everything comes to vibrant life as paint washes over it. There's lots of activity most of the time, as well, from floating spirits to mischievous goblins and dancing light and shadows. The music and sound effects set the stage nicely, being both mystical and energetic in just the right proportion.

If you find yourself enjoying the game despite its excessively punishing design, or perhaps even because of it, there's good news: the five worlds possess around ten stages apiece, along with boss encounters (though each of these offers increasingly challenging variations on a theme, rather than wholly distinct confrontations). When you defeat the recurring baddie at the end of an area, you can backtrack and search for hidden sprites and unlock additional stages, or just revisit your familiar stomping grounds in search of better scores. Leaderboards let you know how you rank compared to other players, which should be a nice incentive once the game has been in the wild long enough.

Color Guardians features a concept that's still new enough to feel fresh, and makes the most of it. All too often, though, the stages are designed in such a way that you're tricked into failing, and any technical issues stand out more than they might elsewhere because precise timing and concentration are so vital to success. You can always rebound after failure, but sometimes it's difficult to muster the energy to do so when part of you knows there's bound to be another trick of some sort waiting just a few screens away. It's all very pretty, sure. It's just not worth it. 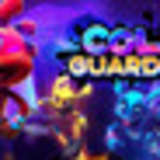 Jason Venter has jumped through magical worlds and even restored the occasional spot of color over the years, but he has seldom faced a stiffer challenge than the one he encountered within Color Guardians as he clawed his way to the final battle for the purposes of this review. 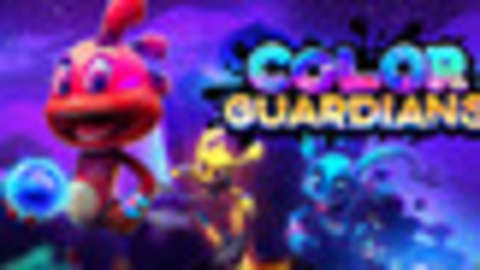