Regardless of whether Colin McRae Rally is dated or not, it plays well enough - but its cookie-cutter formula won't sustain casual gamers' long-term interest.

Does the name Colin McRae ring a bell?

The majority of readers probably envision the following: kilt wearers with hairy legs, Willie the school groundskeeper from The Simpsons, or a really bad Saturday Night Live skit. However, if the name sounds familiar - because you know he's a famous rally-car driver - then the game that bears his name will likely make for an enjoyable, if uninspiring, off-road racing experience. For the rest, this game's lack of originality won't give players much to get excited about.

A port of the slightly dated PC and PlayStation games for the European market, Colin McRae Rally boasts at least 12 real-life rally cars and eight stages, which range from the dry dirt roads of Australia to the mountainous snows of Monte Carlo. Each stage has six tracks. Placing well overall in a stage unlocks bonus tracks on which you can win bonus cars. In addition, a two-player split-screen mode lets players compete side-by-side as either real cars or ghost cars (which disables collisions).

Before even picking up a controller, you must appreciate the nature of rally racing to enjoy this game: Cars compete against one another purely for the best time, so there's never bumper-to-bumper jostling (except in the two-player mode). Driving on different surfaces puts the emphasis on proper car configuration and the ability to maintain control via proper braking and sliding techniques.

In terms of control, Colin McRae fires on all cylinders. The ability to slide comes very naturally - whether digital or analog - and experienced off-road gamers will find themselves in the top half of the field right off the bat. The minimal controls (brake, hand brake, acceleration, and gear shifts) gear this racer toward arcade fans. The simple-to-use car modification menus cover only the basics (tires, brakes, suspension, acceleration/top speed, steering, and repairs), but they weigh heavily toward improving (or degrading) car control. Unlike in some other off-road titles, the physics model lets cars drive on two wheels or flip over, spicing up the action a bit. The tracks, for the most part, offer enough variety despite having a bit of a plain look in many spots. All tracks have road conditions that vary from checkpoint to checkpoint: Adjustments have to be made as road surfaces change.The graphics look decent, and, more importantly, they don't hamper the frame rate or feel out of sync with the controls. This is one of the few PlayStation racers to attempt an in-the-car racing view (one of five, total) that shows the driver steering and shifting gears. Although it's a noble attempt, the view cuts off too much of the screen and appears too generically shaded to make it worthwhile. A unique bonus is a special widescreen mode - but only those with compatible TVs can take advantage of it. The night-driving stages also get good marks: Not only are the lighting effects well done, but the darkness makes for a tougher challenge. The main problem arises from cracks between polygons, which make for annoying flicker, especially in the snow stages. On a side note, the sparse sound effects work well with this type of game, with only the engine noise and the navigator's warnings of upcoming turns and obstacles to guide players.

Overall, the presentation winds up comparable to a good chunk of other PlayStation racers out there: good enough to play but hardly anything new to look at. Too many other off-road titles have tread on the same ground that this game covers, and aside from McRae's name and voice, there's neither enough originality nor personality to separate this game from the pack. Some other complaints put a damper on the final score. The Rally School mode has too few lessons and little incentive for completing it. Also, bonus cars can't be used until the game's expert difficulty setting has been unlocked, which stinks for those who merely want to give these cars a spin.

Perhaps the best sign this game is merely a tad above average: If it were truly awe-inspiring, Sony would've brought it to North America much sooner. (In fact, according to the developer's web site, a sequel is expected to be released in Europe in March 2000 - a month after the game is released here!) Regardless of whether Colin McRae Rally is dated or not, it plays well enough - but its cookie-cutter formula won't sustain casual gamers' long-term interest. Only die-hard rally fans need bother. 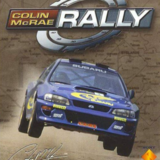