Cold Winter isn't the best in its class, but it's definitely worth playing if you're looking for a solid single-player shooter with a decent online component to back it up.

A first-person shooter involving terrorists, nuclear weapons, spies, and secret government organizations sounds about as redundant as the title of Sierra's latest title, Cold Winter. However, despite the cliché plot, the presentation and simple but satisfying gameplay of Cold Winter makes it stand out among the multitude of shooters already available for the PlayStation 2. Cold Winter isn't the best in its class, but it's definitely worth playing if you're looking for a solid single-player shooter with a decent online component to back it up.

In Cold Winter you play as Andrew Sterling, a former agent of MI6, the British secret intelligence agency you probably know from the James Bond movies. As the game opens, he's in a Chinese prison where he is being interrogated and brutally beaten. Along comes Kim, another secret agent, to set him free. Once free, an old friend from the agency offers Sterling a job working for his private security firm. As in any number of modern action games, you'll eventually be called upon to save the world from total annihilation at the hands of a madman who likes nuclear weapons. The story doesn't bring anything new to the genre, but it's presented through a series of cinematic and often extremely violent cutscenes that will compel you to keep playing through what is essentially just a basic shooter. Of course, it also helps that the voice work is done fairly well in these scenes. The dialogue is heavy, but surprisingly poignant without the usual inane stream of canned one-liners. It's not the most original story, but it's enough to keep you playing.

Of course, you don't usually play a shooter for the story; you play it for the action. Cold Winter is capable in this regard, offering the usual dual analog, run and shoot gameplay. However, the game does have some unique features. As you play, you'll notice that most of the environment is interactive and can be manipulated to suit your needs. For instance, you can flip a desk over to provide cover during a gun fight, pick up crates, push chairs, throw barrels, and everything else your average action hero usually does while on the job. Unfortunately, the game isn't really designed to take advantage of this feature. At best, you'll be throwing pots and pans, flushing toilets, and pushing carts simply because you can. At worst, the levels become cluttered with identical objects that float away weightlessly as you bump into them.

In addition to the interactive environments, Cold Winter has a unique item collection element as well. You can collect various raw materials that are scattered throughout each level, and combine them to create items you can use. For example, if you get a fuel can, a bottle, and a strip of cloth and you can create a Molotov cocktail. Unfortunately, there are only a handful of items to create, and you never really need most of them. It's also odd because you end up seeing the same few materials in each level. Like the terrorists knew you'd need to make a time bomb on the go, so they left tons of alarm clocks sitting around. Overall, the item creation and interactive environments do make the game slightly more engaging, but the features just aren't integrated into the missions very well.

The rest of the gameplay in Cold Winter is pretty standard for a console shooter. On the normal difficulty setting, you should be able to complete the game in about eight hours. There are multiple difficulty settings though, and the artificial intelligence gets progressively smarter as you move along. However, even in the later levels of the game, your enemies can be taken down with just a few shots while you withstand a barrage of bullets. Even if you do get hurt, you have a never-ending health pack, although it does take a few seconds to use, so you can't quite heal yourself in the middle of a shootout. In each level you'll complete a series of objectives such as blowing up a satellite dish, finding secret documents, or disarming various weapons of doom. This is all easily accomplished as you constantly have a small arrow on screen directing you exactly where to go next. It takes a bit of the challenge out of it, but it keeps the game moving along since you won't be wandering around trying to figure out what to do next.

There are more than 20 weapons in Cold Winter, but you can only carry two at a time. You can also toss different types of grenades and bombs, or use a melee attack to club enemies with your weapon. There are plenty of machine guns, pistols, sniper rifles, and of course explosive weapons to choose from, and while they aren't anything new or spectacular, each weapon feels capable and satisfying to use. A large part of that satisfaction comes with the enemies' reactions when you shoot them. You'll constantly see legs, arms, and heads scatter about the levels as you mow your enemies down. The completely unrealistic gibbing effect and the extreme rag doll physics make it difficult to take the game seriously sometimes, but at least you get a reaction when you hit your target. Another interesting touch is that you can search bodies for various items, usually some sort of body armor. Essentially, you end up incrementally increasing your health with each kill you make, which gives you all the more reason to blast anything that moves.

This over-the-top gore and fast-paced action translates well to the multiplayer experience in Cold Winter. The game lets you play up to eight players online and four players offline in all the usual deathmatch, king of the hill, and team play modes. There are six modes in all, and 12 multiplayer maps to choose from. Be prepared to deal with slow frame rates though, as they seem to drag down the game even in the single-player missions. Most of the time the game does run smooth enough, as long as there aren't too many explosions or characters on screen at the same time.

The graphics and sound in Cold Winter are strictly average. There are no fancy visual or audio effects here, and the environments and characters aren't particularly eye catching. Each weapon has a unique sound, but eventually it just blends into the background. The only time we really noticed the sound--or lack thereof--was when certain sound effects would just cut out for a little while.

Despite a few slight problems, Cold Winter wins out by being a straightforward shooter. There aren't any convoluted missions or difficult puzzles, just simple but fun shooting with an interesting story attached. The online play is enough to keep you coming back to the game even after you've completed the story, and if you're looking for more of a challenge you can play the single-player levels again on the elite difficulty setting. It isn't the best shooter available, but if you have played the rest and are still left wanting more, you'll find something to like about Cold Winter. 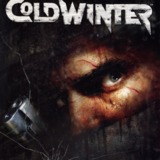 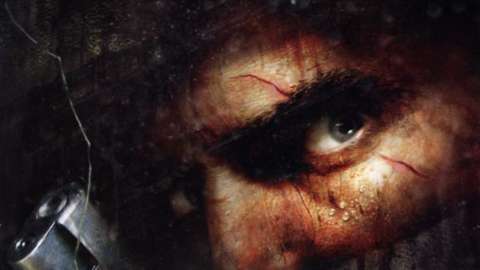 Captured, conveniently forgotten, tortured, and left for dead, MI6 agent Andrew Sterling awaits execution in a Chinese prison. The story begins when a mysterious friend from his past rescues him, setting off a chain of events that threaten global security.