Splinter Cell fans will be in for a familiar experience in Cold War, a competent but unremarkable stealth action game that puts you in the middle of a Soviet conspiracy.

Cold War is a stealth action game that owes a debt to the popular Splinter Cell series, from which it borrows its third-person perspective, as well as its interface and many play mechanics. However, while Splinter Cell casts you as a highly trained ultrasecret agent, in Cold War you play as a sarcastic journalist who's in the wrong place at the wrong time. But he's not as wimpy as he sounds, because he gets to use a cool X-ray camera and a variety of homebrewed gadgets to survive--and maybe he'll thwart a power-hungry Russian madman in the process. Yet while Cold War features some pretty impressive graphics and a decent story, the predictable enemies you'll face and the limited number of environments you'll visit prevent the game from being particularly exciting.

The game takes place in the mid-'80s, toward the end of the titular conflict between the United States and the Soviet Union. You play as Matthew Carter, who arrives in Moscow to chase the lead of a lifetime. But Carter unwittingly becomes part of a sinister plot when his camera is replaced with a high-tech surveillance device at customs. Soon enough, Carter is framed for conspiracy to assassinate the Soviet president and must join forces with the president's enigmatic confidant (who's also on the run for similar reasons) to clear his name and escape with his life. The story in Cold War unfolds using graphic-novel-style cinematic cutscenes in between missions, as well as some other cutscenes and voice-over during the missions themselves. The dialogue and voice work aren't remarkable, and the story takes some implausible turns, but it ultimately offers some good twists and a satisfying resolution when all is said and done.

The action isn't as original as the storyline. As Carter, you'll mostly need to stick to shadows, sneaking around in the darkness and waiting for your foes to turn their backs to you so you can run up and knock them out. Soon enough, you'll replace the knockout punches with gunshots to the head. You can crouch and creep along carefully to remain quiet and hidden, but even when you're running at full speed, you'll move quite slowly. (Carter's got this rather casual-looking jog, though he's capable of sprinting for brief periods of time.) The overall look and mechanics are unmistakably similar to Splinter Cell, though Carter isn't as versatile or maneuverable as Sam Fisher. Carter can't jump and can't take enemies hostage, and it takes only a couple of bullets at close range to knock him dead. On the other hand, he's a surprisingly good shot with a pistol or an AK-47, and he's also able to create a variety of useful gadgets that can give him the upper hand against his foes.

Gadget-building is one of Cold War's unique aspects of play, and it's fairly interesting. Basically, Carter will scrounge up all kinds of junk during his adventure, and this junk may be instantly combined to form new stuff. During the course of the game, you'll find documents that earn you tech points, with which you can unlock new gadget formulas (you must unlock lower-level gadgets to get to the higher-level ones). It's pretty absurd how often you'll find things like anesthetics just lying around, and it's stranger still that the recipes are so simple. For example, nonlethal rubber bullets can be created just by combining a plastic bottle with regular ammo. However, if you don't think about it too much, you'll probably appreciate that this system gives you some good options, even though most of those options really aren't necessary. You can build things like remote-detonated bombs or mines that release knockout gas, but then again, you can just shoot your way through the vast majority of situations. So why bother doing things the hard way?

Like most stealth games seem to do, Cold War suggests that violence should be a last resort, and yet lethal force turns out to be the simplest solution to most of the game's challenges (at least on the normal difficulty mode). If you take the time to creep up behind a foe to knock him out, beware that he'll eventually come to--and he might well blast you when you're inevitably forced to backtrack through one of the game's corridor-filled levels. But if you shoot him in the face, there's no waking up from that dirt nap.

Carter's accurate, and his foes are nearsighted and near-deaf, so it's possible to shoot an enemy at fairly close range (one shot, one kill) while another foe down the hall won't pay any notice, despite the roar of the pistol or rifle. You'll never face more than several foes at a time, either, and while they'll fire at you from behind cover if they notice you, that's about the extent of their sophistication. Their reaction times and accuracy are sometimes inhumanly good, so they can certainly be deadly, but the foes in Cold War are not very impressive on the whole. You'll hear them spouting the same catchphrases as they search for you, and there are only a few different-looking enemy types in the game.

The environmental security hazards in Cold War are even less impressive. You'll encounter a handful of video cameras and laser fences, but these are all easily bypassed. Despite how the game takes place in some highly restricted locations--the Kremlin, a prison, and a nuclear power plant--you just don't get the impression that these places are well equipped to prevent an intrusion...even by a scrawny, ill-equipped interloper like Carter. The relative simplicity of the game's settings and the game's propensity to recycle large portions of the environments from level to level contribute heavily to a whole "Splinter Cell Lite" feel.

Cold War does have a few other mechanics that help keep things interesting enough, such as how you'll sometimes be partnered up with another character who must be defended and who'll advance to your position at your request. It tends to be quite easy to keep these partner characters out of trouble to clear a path for them before making them run for cover, though. Also, there's that X-ray camera of yours, which is most useful for its ability to let you see through walls, though you can also use it to knock out human targets with some sort of radioactive flash. However, just letting you see what's coming up ahead (or above or below, in some cases) is a powerful ability in itself. The effect of the X-ray camera looks good, and it's a nifty device to get to use throughout most of the game, even if it isn't often necessary.

Some awkward animations prevent Cold War from being particularly great-looking, but it otherwise features some fancy lighting effects and other special effects that help make for a generally attractive appearance. Carter looks like a dope when he's running around, and he seems to just slide around instead of walking or running when his weapon is drawn. But when you're just exploring the environments, preferably with the help of your X-ray camera, you'll find that Cold War is pretty to look at, if nothing else. Patrolling Spetsnaz troopers also thankfully look rather intimidating in their night-vision helmets--and you'll be seeing a lot of these guys later on. The game's audio is serviceable but nothing special, from the voice acting, to the sound effects, to the music--the latter of which is rousing and everything, but it starts and stops very suddenly whenever Carter gets into combat (and comes out of it). Like in other stealth games, Cold War makes it far too easy for you to tell when you're no longer in danger just by listening to when the music cuts off. If the musical cues weren't so blatant, you might have needed to use that X-ray camera a bit more often to determine when the coast is clear.

The differences between the Xbox and PC versions of Cold War are along the lines of what you'd probably expect. The two versions are similar, but the PC one can run smoother and at a higher resolution (if you have a fast system). The content of the games is mostly identical, although the PC version offers a few alternative modes of play in addition to the main story mode. These let you optionally race through each level against time, avoid killing any opponents, and avoid raising too many alarms, respectively. None of these options is all that compelling, though, especially because the main game doesn't throw that much variety at you or keep any statistical record of your exploits. So there's no good reason to revisit missions multiple times. Controls are fine in both cases. On the Xbox, the movement controls are easier to get used to, while on the PC, it's easier to quickly aim using your mouse. Both versions of the game unfortunately seem to seize up awkwardly when firefights ensue, which can easily lead to you getting killed and which simply looks bad. Both versions also let you quickly save your progress at any point, which can be used to mitigate a lot of the game's tension and challenge.

Cold War does a reasonable job of copying conventional stealth action gameplay while presenting a few twists and a story that's got some payoff at the end. If this style of tactical trial-and-error gameplay is what you're into, then Cold War can be worth the eight-or-so hours it takes to play from start to finish for the first time. But there are much better stealth games available, making this one suitable mostly for those who've played them all and want more. 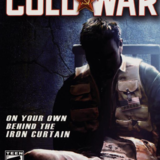