Codename Eagle is a short, linear, and really goofy game that's much more frustrating than it is interesting.

Codename Eagle is a 3D action game in which you conduct espionage through huge outdoor environments. You start on foot, but you can commandeer any vehicle you find, from motorcycles, to tanks, to biplanes. It sounds like a great idea in theory and suggests that developer Refraction has created an evolutionary advancement of the first-person shooter. But in practice, Codename Eagle is a short, linear, and really goofy game that's much more frustrating than it is interesting.

The first level serves as a microcosm of the entire game. The goal of the mission is to sneak into an enemy base and steal some secret documents. To accomplish the task, you're supposed to find an enemy uniform, disguise yourself as an enemy soldier, trade a bottle of vodka for a truck, load a crate onto the truck, drive the truck several miles through a few checkpoints, lift some identification out of another crate, and use the identification to gain access to the base. The thing is, it's much easier to simply skip the busywork and march straight through the level like a Terminator, killing everything in your path. So much for espionage.

The main reason you can kill every living thing within two square miles of enemy territory is that the enemies are both predictable and dumb. Rather than using buildings and trees tactically for advancing cover, or doing anything that might take advantage of Codename Eagle's outdoor environments, the computer opponents rely on the oldest behavior patterns in the book: standing in place or feinting to the side before running straight at you. What's more, most of your enemies can't actually shoot while moving, which makes them especially vulnerable as they're jogging toward you. And enemy vehicles tend to drive in preset patterns. They'll fire at you if you cross their path, but they won't give chase.

The game's many chain-link fences are often your trickiest adversaries. The fences are electrified and are damaging if you brush against them, even if you're sitting in a tank. Although you can see quite clearly through the fences, you can't shoot through them nor can enemies sense you through them. It may seem like a minor complaint, but it's indicative of Codename Eagle's many persistent and mood-breaking glitches.

Another odd design choice is that virtually every gun in the game uses the same ammunition. The revolver, the shotgun, and the Russian armored car all draw from the same reserve of bullets.

Operating the vehicles in Codename Eagle ranges from being essentially just like walking fast in the case of the motorcycle, to being overly complex in the case of the plane. Though Codename Eagle forsakes realism at every turn, the designers decided to turn the biplane-flying portion of the game into what seems like a hard-core sim. The transition from the simple controls in the rest of the game to the complexity of piloting the aircraft is jarring. Three of the game's 12 missions involve precision aerial combat, and all are more frustrating than fun due to the difficulty of maneuvering the plane. The mouse is absolutely unusable for flying, so you need to switch to the keyboard whenever you board a plane. No free-look option is available in flight, and none of the third-person camera views grant you a very good perspective of what's below you, which makes bombing runs especially tedious.

Codename Eagle includes the standard deathmatch, team play, and capture-the-flag multiplayer modes but is somewhat unique in that all of the vehicles are supported in these modes. You can jump into a plane and strafe the enemies' base as they fire back at you with antiair guns. Unfortunately, the game exhibits a lot of sync problems, so for open-terrain online combat, you won't be uninstalling Starseige: Tribes just yet.

The game's graphics are occasionally effective. The geometry of the open landscapes is simple, but Codename Eagle's beautiful sky textures sometimes create the optical illusion that the game looks better than it actually does. The mission goals are varied, and you'll sometimes find yourself having fun with them. So the game is not without redeeming qualities: Codename Eagle is mediocre, but sort of enthusiastically mediocre. Pick it up after it hits the five-dollar bargain bin, milk some enjoyment out of it for a few hours, then quit when you have to fly the plane. 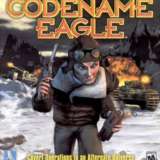 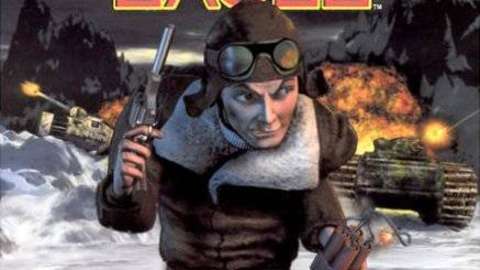 Codename Eagle is a short, linear, and really goofy game that's much more frustrating than it is interesting.