If you just can't get enough first-person shooter action, you may want to check out Codename: Tenka.

If Hexen is Doom with spells and Descent is Doom in a ship (as a great man once said), then Codename: Tenka is Doom with crouching. With so many first-person shooters released over the last two years, it's really hard to bring something new to the table. And while Codename: Tenka tries to stand out from the crowd, only its crouch feature (which lets you crawl through air ducts and other low-level passages) truly sets it apart from the pack.

Codename: Tenka takes place in a future when Trojan Inc. is up to no good. In the process of its genetic experiments it crosses Tenka, a guy who just isn't having it. Armed with a gun and his wits he sets out to get even. What follows are 20 missions of flying bullets as Tenka sets out to take down Trojan Inc. and its genetically engineered army.

The graphics in Tenka are the game's strong point - there is no pixelation of objects as they move into the foreground, and everything looks smooth. The grimy-looking levels (think Aliens meets Resident Evil) are all rendered in glorious 3-D. The animation in the game flows well as you move about, and the lighting effects give the game a dark mood, a mood further complemented by the haunting soundtrack and cut-scenes that give you an idea of what's going on in Tenka's head (think disgruntled postal worker with a bad headache).

The gameplay, on the other hand, is only a notch above average. Shooting enemies is annoyingly difficult (even with the weak laser sight) because of the up and down adjusting required to hit some of the hovering enemies - if you ever complained that the point-and-shoot aiming in Doom was too simple, you'll love this. Codename: Tenka does, however, present a challenge, and it's one of the harder first-person shooters ever released: The levels are elaborate, and sometimes finding the level boss or reactor is harder than destroying it. That aside, the play control is well designed, and in addition to the run and strafe commands, you can also jump and crouch. There is also a huge number of attachments, like lasers and missiles, to power up your gun, which morphs into newer, stronger weapons as you collect power-ups.

If you just can't get enough first-person shooter action, you may want to check out Codename: Tenka - it's one of the better ones out there. But if you've lost your love for the genre, you may want to skip it. 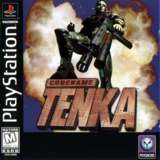 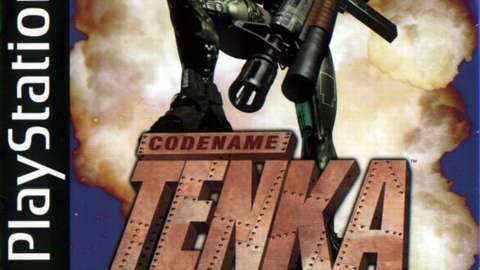 If you just can't get enough first-person shooter action, you may want to check out Codename: Tenka.