You've already got at least a couple of shooters on your hard drive far better than this one.

Groove Games apparently doesn't think a whole lot about Close Quarters Conflict. The first-person shooter hit stores almost a month ago, but the publisher still hasn't bothered to do anything with the official Web site aside from posting placeholder art. Needless to say, this isn't a good sign. If a game is an afterthought to its publisher, it's pretty safe to say that the buying public shouldn't spend much time thinking about it either.

Actually, you've already given CQC about as much thought as it deserves just by reading the above paragraph. While largely half-decent graphics and level design elevate it a bit above bargain-bin dreck, the single-player mode is barely there and the multiplayer mode is repetitive and frustrating. Every single feature of this game has been bettered by at least a couple of dozen shooters released over the past year or so, which means that there are no pressing reasons to entertain notions of playing this one, save midwinter ennui.

CQC's biggest failing is that it isn't a complete game. Direct Action Games didn't set out to make a full-featured shooter with solo and multiplayer modes of play as much as it just whipped up a bunch of competent, if generic, shooter levels and lets you have at it. Single-player mode is just a collection of training missions where you're usually plopped down in a warehouse, a factory, or a warehouse-factory of some sort and instructed to kill enemies in different ways. There is some semblance of a plot about competing mercenary groups replacing armies in the near future, but it's never developed or referred to beyond the brief mission preambles.

At any rate, no story is needed. You start off clearing levels by killing baddies with the game's standard collection of shooter weaponry. Then you move on to more focused goals and kill enemies with special weapons like grenades, perform stealth kills, handle mission objectives, and so on. However, there is no depth to any of these missions, which consist of clearing levels by ripping around and blasting everything that moves on a clock. Some levels can be blazed through in no more than a couple of minutes, and even the addition of special objectives doesn't slow you down. Stealth kills just mean that you have to murder people with a silenced pistol or a knife instead of a submachine gun or assault rifle. And missions with objectives involve going to numbered locations on the map and killing everyone that you encounter.

There are some challenges presented by the solo missions, although they're all the result of bad design. Enemy artificial intelligence and movement are atrocious. You can frequently rake foes with automatic weapon fire without their uttering a peep of protest. Even when they do respond, they often pause in the midst of shooting at you, as if to let you catch up in a "how many rounds have you fired?" competition. Enemies make no attempt to take cover either. In firefights, they stand stock-still and blaze away or creep forward in a rifle-raised "Be wery quiet--I am hunting wabbits!" Elmer Fudd pose until somebody falls down. Finally, you can win every battle with ease by simply retreating around the nearest corner and waiting for enemies to offer themselves up for slaughter. The only hurdle to mowing down all comers with ease is a wildly overstated recoil effect that sees even your pistol kick back like a shotgun. It feels more like you're wrangling with a runaway fire hose than firing weapons here.

Audio effects are so muted that the sound is more akin to a knitting tournament than gunfights between mercenaries. Directional audio effects are great to determine where bullets are coming from, but you can never hear enemy movement or dialogue. So instead of stalking foes, you're better off just running around levels until someone takes a shot at you. Of all the other effects, none are remarkable aside from the odd choke sound that you make every time you're shot. However, this isn't a good "remarkable" because this noise sounds more like a choke than it does a gasp of pain from a bullet impact.

Multiplayer is an improvement over all of the above because you don't have to deal with any of the AI issues. But even here, CQC doesn't offer anything intriguing. All game types are standard for the genre, with the usual variations on deathmatch, capture the flag, and last man standing. Character classes include yawn-worthy selections that follow the typical soldier-sniper-medic template. But the maps look pretty good and feature a fair bit of detail. There is also a nice mix of settings, from wintry Siberian hills to war-torn urban landscapes. However, most of the players seem to be congregating on the cramped industrial/office maps where the mayhem is so fast-paced that thinking tactically is a waste of time. Games here are kind of catchy but rather frustrating because they are so frenetic. At least there are a fair number of people playing the game online, so you can get into a game pretty easily.

Close Quarters Conflict is unnecessary. There isn't anything here that isn't improved upon by many competitors, one or two of which you've almost certainly got on your hard drive. 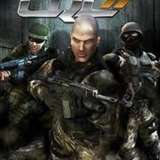 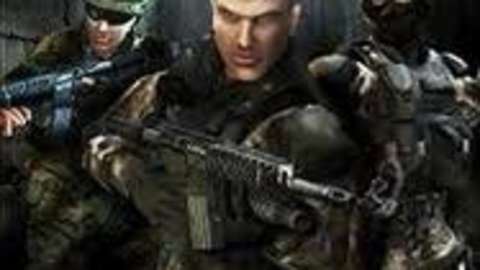 Close Quarters Conflict is a first-person shooter with several different classes to choose from, each with its own unique abilities and weapons.