Undying has superb graphics, truly impressive sound effects, and fast-paced, enjoyable action sequences. The entire game is very atmospheric, and a lot of fun to play.

Occasionally you get to play the sort of game that makes you realize how long it's been since the last time you experienced anything quite so good. Inspired by the work of a noted horror-fiction author, Clive Barker's Undying is a horror-themed first-person shooter--a straightforward-enough concept, and yet one that's never been executed as well as it was in id Software's revolutionary 1993 shooter, Doom. It's true that Undying doesn't ship with the one feature that gave Doom its longevity--a multiplayer mode--but Undying does manage to evoke much of Doom's suspense and high intensity. That's because Undying has superb graphics, truly impressive sound effects, and fast-paced, enjoyable action sequences. The entire game is very atmospheric and a lot of fun to play.

Most of Undying takes place in a huge, haunted mansion on the coast of Ireland during the 1920s. It's a rich, colorful, and often beautiful setting. The game uses the powerful Unreal 3D graphics engine to render its strikingly detailed locations and realistic-looking characters. The mansion itself is filled with flickering torchlight and ominous shadows, thick wooden doors, ornate decorations, spiraling stairways, and, of course, many hidden dangers. In particular, besides the architecture itself, the game's lighting and shadow effects are what make Undying look so convincing. The colored lighting in the game is subtle and realistic, while the shadows cast by objects and characters are equally well done. As you explore the darker recesses of the mansion, you'll be struck by just how effectively the game manages to portray these foreboding areas. And when you venture outside the confines of the mansion, you'll be equally impressed. In general, the scenery in Undying looks so good that you'll enjoy simply being in it and taking it in.

Other aspects of Undying, such as its characters and special effects, look nearly as good. You play as Patrick Galloway, an explorer and occultist who owes his life to an ailing man named Jeremiah Covenant, the owner of the mansion. Covenant fears his family bears an evil curse and that his four siblings have already fallen victim to it, and he summons Galloway to investigate the matter. Galloway, Jeremiah, and his two brothers and two sisters all look great. These fully articulated 3D characters look realistic, but they are also memorably stylized. In addition, the various supernatural creatures that Galloway faces during his dangerous mission also look very good. They're fluidly animated, armed with razorlike claws and teeth, and look more frightening and ferocious the closer they get--and most every one of them will do its worst to get as close as possible, all the better to put a quick and painful end to Galloway's life. You'll also face off against some more-conventional foes, such as a band of wicked pirates--but these too are exciting to fight, because of their lifelike movements and their variety of attacks.

Though Undying looks excellent, its use of sound is what really makes the game seem to come alive. Simply put, the sound in Undying is phenomenal. It's true that some of the voice acting can seem a bit forced, but, more importantly, the atmospheric and environmental sounds used throughout the game are varied, realistic, and extremely effective. As you explore the mansion, you might hear the dull roar of a thunderstorm outside of the building, and the effect will change depending on where you are. For instance, in the greenhouse, suddenly the sound of the rain becomes almost deafening as it hammers the glass canopy high overhead. Meanwhile, you'll hear dangerous creatures lurking in the darkness. The various weapons in the game also sound great: You can hear each round quickly being loaded into your trusty revolver, which lets out a very loud bang each time it unloads a chamber. When you connect with a ferocious strike from the powerful melee weapon you find later on, you'll actually hear the sickening sound of flesh being torn, followed by blood spilling to the ground. The sound really serves to enhance every aspect of the game; it's so good that an actual soundtrack isn't used throughout most of Undying, though at the key instances when that game's symphonic music does cue in, it's well suited to the particular scene.

Except during occasional noninteractive cinematic sequences, you'll see everything in Undying from Galloway's perspective. He moves quickly, and during the course of the game he will gather more than eight different weapons and eight miscellaneous magic spells. Generally, the game plays like any recent shooter: You use the keyboard to run in different directions and the mouse to look around and attack. You restore your health by collecting and using health packs or similar items. However, there are some key differences in the gameplay that--together with Undying's great atmosphere--effectively distinguish the game from most other shooters to date.

Specifically, the game features an interesting two-handed combat system: Galloway wields his various weapons in his left hand and can simultaneously cast his spells with his right hand. This allows for some great combinations: Early on, when ammunition for your revolver is very limited, you'll need to take precise, calculated shots at your foes as they close in on you, and then you'll finish them off with the swirling energy bolts of your ectoplasm spell. Later, you'll have more options available. Galloway will find weapons such as the Tibetan war cannon, an enchanted ice-throwing device in the shape of a snarling dragon; fiery Molotov cocktails; a powerful double-barreled shotgun; and, best of all, the exceptionally deadly scythe of the Celts.

You can use these weapons in conjunction with the equally interesting assortment of spells you'll learn, such as a haste spell that sends your heart racing and makes you much faster, and a shield spell that creates a shimmering, semitransparent glasslike barrier in front of you. You'll even be able to raise the corpses of your fallen foes to fight by your side. Galloway also gains an impressive spell called skull storm, with which he can summon several leering, disembodied, cackling skulls, which fidget angrily in his magical grip until they're finally unleashed in an explosive blast. Spells cost mana to use, but you have a lot to work with, and it replenishes automatically and rather quickly. Also, during the course of the adventure, you'll find hidden items that boost both your maximum supply of mana and its rate of regeneration. You'll also find amplifying devices that permanently boost the effectiveness of a designated spell, which gives you some options on how you develop your combat skills over the course of the game.

These spells and weapons do a good job of showcasing the game's excellent special effects. For instance, Galloway also possesses a scrying spell that enhances his vision by giving him both a limited ability to see in the dark and the ability to trace any hidden supernatural forces nearby. The spell can reveal valuable clues, and you'll know when to use it if you listen carefully, as Galloway can sometimes hear faint, otherworldly whispering when he's in an enchanted or haunted area. Scrying can all of a sudden reveal the ghosts of the past, and as with Galloway's other spells and weapons, the effect of the scrying spell is very well done. Some of Galloway's spells have certain side effects. For instance, while the shield spell is very powerful, the thick glassy barrier impairs your peripheral vision to some extent; the barrier cracks as it absorbs damage, and finally shatters with a loud crash. Blood pours from the blade of your scythe after each strike, and puddles of blood flow from the corpses of your fallen enemies. You leave prints in the blood and can distinctly hear the difference in the sound of your footfall when you're walking in it. When a monster strikes you, your vision turns red and your perspective is violently thrown askew. There are many effective details of this sort throughout Undying, and most all of them are noticeable and impressive.

Undying is fairly long for a single-player shooter, and virtually every moment of it is worthwhile. However, some parts of the game can be somewhat less satisfying than the majority, and the game does have a few other minor shortcomings. Patrick Galloway's entire adventure is mostly linear: Doors in the mansion that you're not meant to go through at particular times are simply sealed off (and there are many such doors), which may seem frustrating even though it prevents you from getting lost. You can save and load your game quickly and easily, and the game's loading times are minimal, but Undying does often pause in between areas as the new levels are loaded up. Also, the circular pop-up interfaces for selecting weapons and spells take some getting used to, though once you're accustomed to them, they're a great alternative to the traditional shooter system of switching through weapons with either the mousewheel or with keyboard hotkeys.

Besides that, a few of the areas in the game seem incongruous with the occult theme of Undying. The prehistoric-looking wilderness called the eternal autumn doesn't manage to evoke the same sense of fear and awe as the hellish, otherworldly lost city of Oneiros from earlier in the adventure. In addition to some of the shortcomings in the level design, some of weapons and spells in the game are somewhat unbalanced. You'll find little use for your Molotov cocktails and possibly for most of your other weapons once you get your hands on the scythe. When using either the haste spell or the shield spell--or both--Galloway becomes virtually unstoppable with the scythe in hand. You might find that the first portion of the game, in which you're relying heavily on your relatively slow firearms and don't have access to the strongest spells, is much more challenging than later portions. Regardless, you'll undoubtedly enjoy the intense one-on-one confrontations with Jeremiah's siblings throughout the game. And so, while some sequences of the game are better than others, the entire game is seamlessly interconnected and ultimately enjoyable from start to finish.

Clive Barker's Undying is a very well-done, polished, and memorable action game. Its horror elements are convincing and effective, and its action elements are interesting and distinctive. The game's great setting and its characters give it a real sense of context and purpose, and yet its intense action sequences never leave this focus. Undying would be even better if it featured a multiplayer mode that matched the high quality of the rest of the game (the developers are reportedly planning to add a multiplayer option in a downloadable patch). But even without one, Undying will undoubtedly provide more than enough harrowing thrills to encourage you to play through the single-player game repeatedly. 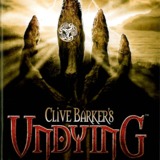 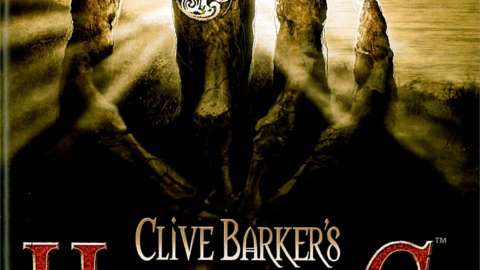 Undying has superb graphics, truly impressive sound effects, and fast-paced, enjoyable action sequences. The entire game is very atmospheric, and a lot of fun to play.