Whatever else you may think about Call to Power, you have to admire the ambition behind the effort.

The stakes don't get much higher than this. In Civilization: Call to Power, we have the answer to what some would call the single-most daunting challenge in PC gaming: to design the direct heir to Civilization II, widely regarded as the best turn-based strategy game of all time.

Whatever else you may think about Call to Power, you have to admire the ambition behind the effort. This is not a mere rehash of Civilization II. Rather, it is a bold step in a new and at times almost entirely different direction. The designers took the opportunity to revisit almost every major aspect of the Civ II experience - units, combat, interface, graphics, and more. While superficial similarities exist, in truth, Civilization: Call to Power bears less resemblance to Civilization II than Civilization II did to the original Civilization. Indeed, one could argue that Call to Power has less in common with its immediate predecessor than does this year's other turn-based strategy behemoth, Sid Meier's Alpha Centauri.

The obvious question, then, is whether this uniqueness is good or bad. And the answer, of course, is that it's both. As for the natural follow-up question - Does the good outweigh the bad? - the answer is yes, but barely.

Let's start with the good. Call to Power's graphics are beautiful, far superior to any previous Civ game and even to Alpha Centauri. The animations are wonderfully detailed, and the sound effects are first class (although at times I must admit I wished my units weren't quite so vocal in their response to being clicked on). And the inclusion of seamless multiplayer support right out of the box is a welcome feature, indeed.

But the single best aspect of Call to Power is that, for the first time in this series, it puts the concept of "empire" front and center. This might seem like an odd statement - after all, the Civ games are all about empire building, aren't they? Actually, they're not. They're really about city-level management - many cities and many levels to be sure - and with few exceptions, the Civ games' policy-management controls, support schemes, and even interfaces are oriented around individual cities rather than the empire as a whole.

Not so in Call to Power, which takes a global approach to empire building. A few key examples: Units no longer are supported by a specific city, but by the empire itself; city improvements (tile improvements) are no longer built by settlers, but financed and supported by the empire; and while city-specific management is allowed, it must always be done within the parameters of the empire's global fiscal and social policies.

These are just a few examples; this empirecentric orientation permeates the entire game, including the interface. Out are the city-specific screens and the associated subscreens of the old Civ games. In is a new universal command module that occupies the bottom right of the screen. Once you become acquainted with it, this command bar lets you easily monitor and quickly modify nearly every aspect of your civilization - production, research, wealth, social policies - and the cities within it, all at the click of a mouse and all without leaving the main map view. The net result is that you feel highly informed about what's happening in the game and can change strategic focus and react to events more rapidly than ever before. This is a refreshing change of pace from previous Civ games and is just the way this would-be emperor likes it.

But Activision's focus on the big picture costs the company dearly when it comes to the small details that made earlier Civ games so entrancing. Basic elements like an autosave function, a research goal assistant, and built-in scenarios are all inexplicably absent. And Call to Power's many innovations, while welcome in theory, are often poorly thought out or poorly implemented. The building queue system, for example, seems unnecessarily difficult to navigate and doesn't let you insert items into an existing queue. The autopathing feature is a great concept, but it's far too easy to accidentally send a unit in the wrong direction with an inadvertent click, and when he's heading the right direction, it's far too common for him to get lost along the way. The new combat system, which allows the use of multiple units in classic combined-arms fashion, seems promising at first but soon reveals itself to be both shallow and unrealistic (no way to control attack sequences or to retreat? a warrior taking down a SAM launcher? Come on!) and soon had me longing for the more simplified one-on-one combat of the earlier games.

The same criticism - trying to do too much and as a result not doing any of it particularly well - applies to several other aspects of the game. But it is most serious in terms of the "guts" of the game, namely the units, technologies, and wonders. For the most part, all these are new, and there are more (many more) of all of them than ever before. In fact, the sheer number of strategic possibilities available is so great that few players will ever have the time to explore them all, let alone master them.

And with so many options, it is almost inevitable that gameplay balance issues will result, and that in turn means you will be required to play a defensive game. There are so many potential threats, and their effects can be truly devastating - enough to wreck an entire game in a frighteningly short period of time. Disciplined players will spend much of their time with Call to Power preparing to face as many potential threats as possible (realizing all the time that the threats may never actually arise), while the more cavalier will have to deal with the reality that their entire game could be put in jeopardy at any moment. Either way, it's a dire situation.

To illustrate this point, consider the new "super" units introduced in Call to Power. With names like the slaver, the ecoterrorist, and the televangelist, these units generally represent the most depraved aspects of human civilization and have the ability to wreak absolute havoc on anyone who stands in their way. The ecoterrorist, for example, can single-handedly wipe out all the buildings in an entire city. All of them! Imagine the horror! Or consider the slaver, who can steal citizens from your cities literally right from under your nose, crippling you during the critical growth phase early in the game. Or how about the televangelist, who can divert money directly from your coffers to those of a rival empire, and who can only be stopped through a suit by the lawyer, yet another depraved superunit.

Once you've fallen prey to any of these scourges, you will not be able to play the game without worrying about defending against them. And that forces you to adopt strategies and expend resources in ways that you will likely find extremely frustrating. For example, to be assured of stopping the slaver, you have to build city walls for all your cities, the earlier the better. At a time when you're trying to expand your empire, and when the prospect of direct attack from rivals is unlikely, what a tragedy to be forced to build this expensive and time-consuming improvement! But in order to be secure, you absolutely must.

And this, ultimately, is the undoing of Civilization: Call to Power: The more you know about the game, the less freedom you will have in playing it. Civilization II succeeded because it was relatively simple, and a dedicated player could learn to use every unit, technology, improvement, and wonder in the game. As a result, it was (and is) almost endlessly replayable, inviting you to return time and again with new strategies and tactics. 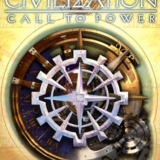 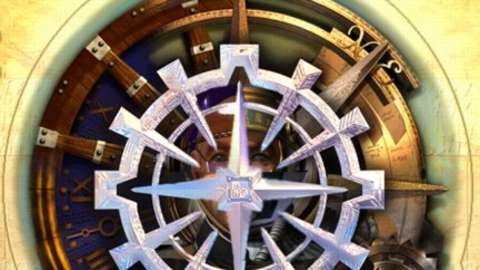 Whatever else you may think about Call to Power, you have to admire the ambition behind the effort.