City Life combines the fun of a city-building game with the challenge of a financial simulation, though it requires patience and perseverance to master.

As one of the first city-building simulation games, SimCity's impact on the games industry cannot be underestimated. For one thing, it launched the career of Will Wright, who went on to make the best-selling game of all time with The Sims. But whilst sim games are popular nowadays with developers and gamers alike, it's always been hard to emulate the impact that SimCity had. It's not prevented people from trying, however, and City Life from Monte Cristo is the latest attempt. City Life takes most of the key aspects found in any SimCity title and tosses in some financial planning aspects and a fully 3D graphical engine that lets you get down to the nitty-gritty of your city on the street level. It's not the most inventive city-builder ever made, but it can be a great deal of fun.

The basic aim of the game may be simple--build a successful, sprawling, and happy metropolis--but in practice, it's not so easy. Your task isn't helped initially by the lack of a hands-on tutorial, and instead the game offers a series of rudimentary screenshots with brief explanations. Although they do cover the main areas of the game quite well, there's nothing quite like learning by doing. However, the game does contain plenty of tooltips, as well as a quickstart guide for beginners, whilst experienced sim gamers should find things fairly straightforward.

Your first choices in the game revolve around the type of environment in which you want to create your masterpiece. There are five different zones available, differentiated by climate and land type. Each zone has a number of individual maps to attempt, most of which will be locked at the start of the game--further maps become available as you successfully complete the initial ones. You then purchase a piece of land with which to begin your empire. The real fun begins as you place your base of operations--the City Hall. Everything you construct in the game must be connected in some way to what has already been built, but you can branch out in any direction you like, using roads to link new developments with old.

Initially, your focus will be on small housing estates and businesses. The first priority is to attract settlers to your new town, and the type of people that move in will be determined by a number of factors. There are six classifications of residents in all; elites, suits, radical chics, blue collars, fringes, and have-nots. Each has their own set of needs, and they scale downward in roughly that order in terms of expectations, but they don't all see eye to eye. Therefore, you'll need to be careful about where the different classes live and work to avoid civil disturbances and possibly even riots.

As your town grows in size, you'll need to provide amenities for your citizens. Grocery stores, medical centres, and primary schools will suffice for lower-population areas, but later on, only expensive shopping centres and hospitals will do. There's also a fine balance to be had between large businesses, power stations that provide profits and electricity, and the impact the resulting pollution of these industries will have on residents' happiness levels. Each step of the way, it's a challenge to make sure you provide all the basics whilst making a little profit to be able to build the next part of town.

Alongside all of this juggling is a series of objectives for each map. These range from fairly simple tasks for the bronze award, such as growing the population to a certain point or making a specific amount of profit per month, to the more sophisticated elements of neighbourhood harmonisation and integration in the silver and gold categories. It can be overwhelming to begin with, but there's a monitor in the corner of the screen that gives you some indication of which buildings you should prioritise and where the big problems are. A simple click on that report will display a list of possible solutions, and you can pause the game at any time to take stock of the situation.

One problem you're likely to face sooner rather than later is your cash flow. Your initial purchase of land will determine how much cash remains to fund your building projects, but you can take out a loan to supplement this. Balancing the benefits of having additional resources to build revenue-generating businesses with the cost of repayments and interest is just one of the decisions you'll need to make.

If you do find you're struggling for money in the medium term, a series of reports are available to help you troubleshoot the cause of the problem. Maybe your citizens are having difficulty getting to work because of traffic congestion? One report will let you compare traffic levels on your roads and determine if upgrades are required. On the other hand, perhaps you have too many buildings that are draining funds? A separate report will show you the most profitable or costly buildings in your city. It's worth noting that in the later stages of the game, the buildings that have the greatest positive effect also cost the most to maintain--you can quickly reduce your maintenance payments by bulldozing an expensive structure, but this costs money in itself and will also have a negative impact on the morale of the surrounding residents. Eventually, you'll become more adept at balancing the demands of not just one citizen class, but all six. In truth, it can be a headache, and it's here that you realise how important initial planning can be. A long-term view might seem expensive and time-intensive to begin with, but it can help you avoid significant rebuilding later on.

Other aspects of the game include the threat of fires breaking out, both accidentally and intentionally, and even organised crime if unemployment is rife. As with most things in the game, there are obvious solutions to both--build a fire department and reduce unemployment--though the implementation of these solutions isn't always so straightforward. Once you've outgrown your initial patch of land, you can buy more, assuming you have enough cash, and continue your expansion.

Visually, Monte Cristo has done a nice job at re-creating the bustle that a city usually contains. Buildings will change in appearance as different types of residents move in, and roads will change colour depending on which type of citizen class that particular area appeals to the most. These visual cues make it easier for the player to gain an overview of what's happening where, which helps as the city begins to grow. What's more, there's even an option to abandon the traditional top-down view usually associated with games of this type and wander around your creation in first-person mode instead. It's not very useful in terms of governance, but it's a nice touch that lets you see things through the eyes of your citizens. There is also some well-produced music within the game, though it seems to cycle through tracks quite quickly and can become annoying if you're playing for long stretches. And if the pressure of playing with objectives is too much for you, there's a freeform mode that will let you build without the stress.

One significant criticism of the game in the long term is that fresh challenges are a little thin on the ground. Although it can take a long time to create the perfect city, once you've done so the first time, you've got a blueprint for most other maps in the game. The variety in climate or land distribution in the various regions does make a difference in how you approach the task, but on the whole, they're slight changes in flavour, rather than a whole new experience.

But overall City Life is the best city-builder in a long time, combining the addiction of needs-fulfillment of any good sim game with a level of financial management that will prevent the game from ever being too easy. City Life isn't quite up to the caliber of the franchise that inspired the vast majority of its design, but it's still a rewarding and enjoyable city-building sim. 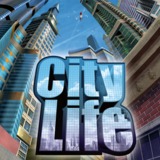 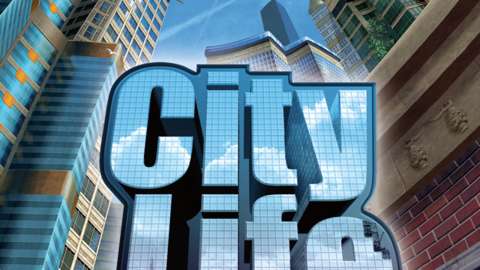 City Life is a modern day city building simulation, where players are able to create a sprawling metropolis, governing millions of citizens in full 3D.