Getting around just got easier.

Public transportation has never been my favorite part of city-building simulations. I’ve always treated it as something of a necessary evil--a hassle best dealt with by quickly laying down extra roads, bus lines, or whatever other available gimmick so that I could keep constructing the new subdivisions and industries necessary to keep my citizens healthy and happy.

Mass Transit--the latest addition to the growing Cities: Skylines family from developer Colossal Order--doesn't quite change my mind on all of this, as I'm also a real-world mayor who focuses on the big picture. However, it comes awfully close thanks to an effective collection of people-moving options, ranging from ferries to monorails to blimps. What's included here smooths out some kinks in the original game's transit systems, allowing you to build more efficiently running cities--albeit at the cost of some added micromanagement that moves the game well out of the virtual mayor's office.

Mass Transit is centered on two areas, largely addressed in the three new scenarios and three new maps that present fresh challenges when it comes to efficiently moving your citizens from Point A to Point B. The most obvious facet of the expansion is what it adds to city character. You're free to embrace the quirks of each city's particular geography. You can practice something of a "sea and sky" philosophy for coastal and mountainous locales, for instance, using monorails and ferries to link neighborhoods and give your cities something of a Vancouver or Seattle vibe.

Since Skylines is pretty familiar to its fanbase at this point, being able to mix things up like this and put a fresh face on everything adds more to gameplay than you might imagine. The new Ferry Empire scenario offers a fairly light challenge when it comes to moving folks around your watery city, but it's set it on a unique, beautiful landscape. Authentically, you have to work within the constraints of this terrain and embrace a municipal vision that's far from the relative cookie-cutter metropolises seen elsewhere in Skylines.

The other focus is city efficiency. Mass Transit provides tools that make for better-running cities. Perhaps the best example of this comes in the form of the new hub buildings. These structures form central locations for public transportation. They allow you to concentrate your efforts and properly plan out transit systems--a big improvement from the more seat-of-the-pants concept of the original game, where you're pressured to jury-rig and make it up on the fly. Here, hubs afford more opportunities to sketch out transit and approach development from a top-down perspective. You have more control as a result and become able to address transit as part of core city infrastructure, just like with electrical lines, water pipes, and sewers in the past.

One problem is the size of new additions, though. Retrofitting cities with hubs and other transit buildings can be a major chore, since they're generally pretty big. The "Fix the Traffic" scenario sums up how challenging this can be, as you can't seem to help leveling about half the city to get the snarled traffic situation smoothed out. Even laying down facilities that are a little easier to work with--train tracks, for instance--is both tough to design and to fit in without doing even more demolishing.

Structuring transit routes can be finicky, too. Simply establishing ferry pathways and routes can be frustrating and requires more trial-and-error than should be necessary for something seemingly so straightforward. So, it's best to start with a clean slate with this expansion, something also advisable to best enjoy the suite of new game options (new road guidelines, for example) released as a free Skylines update alongside this expansion.

All of this combines to make Mass Transit more about micromanagement. That isn't necessarily a bad thing, especially if you're a control freak who wants to take a hands-on approach to everything in your city. But it does move Skylines further away from a simulation of what it's like to be the real mayor of a real city. With all of the extras added in the various expansion packs, the game now feels a little more like a municipal engineer or municipal planner simulation than anything that properly depicts what it's like to be the mayor overseeing everything.

Even with that caveat, Mass Transit adds more character and depth to what’s already the premier city-building simulation. It may be a bit disappointing that some of the original game's big-picture philosophy and mayoral authenticity has been sacrificed in the process, but it can be argued that these changes have also done an impressive job of filling out the public-transportation element of city design.

When he wasn't performing his duties as a mayor in the real-world, Brett spent about 10 hours schlepping his citizens around town in ever more efficient and innovative ways in the Mass Transit expansion for Cities: Skylines. GameSpot was provided with a complimentary copy of the expansion for the purpose of this review. 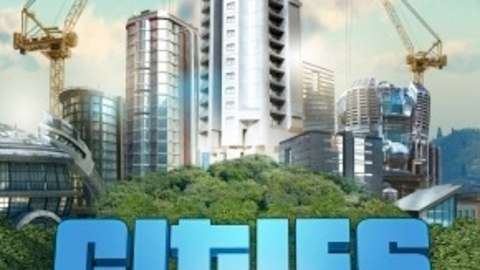