In short, Sonic Team has created a party experience for the ages - like Bomberman, the best idea is to grab a bunch of friends and go head-to-head.

Controlled madness is what great puzzle games are made of. When frenzy is harnessed then unleashed - that's where the competition is fiercest and the moments tensest. The rewards are also the greatest. Sonic Team has tapped into the power of the ancient animosity between mouse and cat, added a dash of technoamphetamine, and wrought Chu-Chu Rocket - the most violent game senators won't try to ban - upon the world.

You might be skeptical. It's natural for everyone but the rabid niche to look askance at these characters - the delirious orange bubble of the neko (cat) and the pasty, panicked blobs of the nezumi (mice) - and wonder what Sonic Team is wasting its time on when it could be making sequels to Sonic Adventure or NiGHTS. The answer is: the best multiplayer puzzle game we've seen in years. The presentation might be simple, and the game might lack the bells and whistles we crave from that still-shiny Dreamcast, but the solidity of this game cannot be denied.

The premise is simple.It should only take you a few moments to learn this game, which is the hook of all great puzzlers. The playfield contains rockets (a target) and a generator (which releases mice). The point of the game is to shuttle mice into your rocket, and when the time runs out, the person with the most mice wins. How do you accomplish this? You lay arrow tiles on the ground, and any character walking across an arrow tile will immediately switch direction and go the way it points. While mice contribute to your score (which is, in fact, just the number of mice you have in your rocket), cats detract from your score by consuming a percentage of the mice in your rocket. Cats will also eat any mice in their path. Mixing it up even more are the mystery mice, which are pink in color - whenever they enter your ship, a random effect occurs. The mouse or cat population might skyrocket, for example, or the rockets might switch places - not to mention that things might slow down, speed up, or freeze momentarily; cats might be given to the three unlucky competitors who had not picked up the pink mouse; or that other random circumstances might happen, accompanied by the high-pitched voice of a girl screaming her lungs out.

In addition to this mode, which can be played by up to four people (empty slots are invariably taken up by CPU players), there's a team version, where you pair off in twos. There is also a puzzle mode, where you're given a limited number of tiles and then you must rescue all the mice. Your brain hasn't experienced this sort of pain since the SAT. You can even design your own puzzles in edit mode. Let's not forget challenge mode, a timed mouse-rescue exercise that can be played by one or two players, and what could've been the crowning gem of Chu-Chu Rocket, the network mode. Unfortunately, due to the high lag involved in a modem-based network game, this mode does not live up to the potential it had. As the game sometimes warns you during the inordinately long wait between starting an online game and entering one, it takes longer to put down arrows in an online game. Basically, you'll be waiting between one and five seconds for your arrow tiles to show up after you plunk 'em down - this can lead to some extremely frustrating moments. Chu-Chu is definitely better with a room full of friends than it is played over the internet.

The graphics in Chu-Chu are basic, and while it's all polygonal, there's ultimately a 2D experience to be had - but if you're quibbling over the graphics you're probably too self-conscious to enjoy a game that involves cats and mice. The music is a great mix of jungle and funky Sonic Team goodness - the kind of bouncy tunes Sonic Adventure should've had more of. Hyperactive grinds and chirpy game music mesh, and it's so good. The control is simple and sensible, and you won't be complaining or getting lost.

In short, Sonic Team has created a party experience for the ages - like Bomberman, the best idea is to grab a bunch of friends and go head-to-head. While you might not get a chance to go network, the discount pricing and simplistic interface means you can plunk even your most recalcitrant nongaming friends in front of this game, and they'll be sucked into the Chu-Chuverse. The only black mark is the lag in network mode, and that's more an inconvenience than a misery. Hopefully Sega's proposed cable modem interface will alleviate this. That being said, if you like combative puzzlers, Chu-Chu is definitely a rocket you won't want to miss. 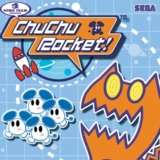 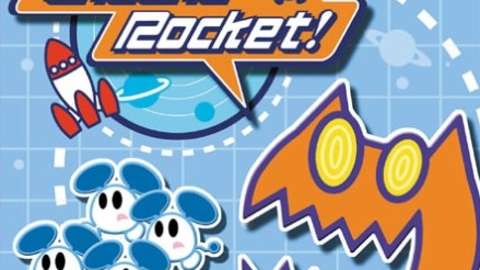 In short, Sonic Team has created a party experience for the ages - like Bomberman, the best idea is to grab a bunch of friends and go head-to-head.