Along with the obvious comparisons to Magic: The Gathering, Chron X also combines elements of Risk, Shadowrun, and Chaos Overlords.

The year: 2091. As the 22nd century approaches, an expanding terrestrial population is taxing the already dangerously low resource reserves; numerous corporations have seceded and re-formed into separate micro-nations; and everyone is nervously awaiting the coming of Chron X - a prophetic, apocalyptic epoch that some see as the emergence of Heaven on Earth and others see as the beginning of the end. So goes the story behind Genetic Anomalies' Chron X, the Internet's first card-based strategy game

Along with the obvious comparisons to Magic: The Gathering, Chron X also combines elements of Risk, Shadowrun, and Chaos Overlords. Set against a cyberpunk background nearly 100 years in the future, Chron X places you in the role of a high-ranking commander for the Body, an ultra-secretive organization that has recently cut all communication to its agents causing tension and territorial wars between the leaders. You must now recruit and command an elite team of operatives, deploy bases in major world cities, gather scarce resources, protect your territories, and obliterate your opponent's headquarters, which will undoubtedly be heavily guarded by Militia Machine Gunners, UN Troopers, and Eros Mercenaries - not a group of guys you'd want to share a cab with.

Cards are divided into five basic types: assets (operatives that can attack, defend, and move around the map in search of rival agents), bases (structures that provide resources), enhancements (weapons, bio-implants, and add-ons used to improve assets), programs (computer programs and viruses), and interventions (instantaneous events enacted by powerful organizations). In addition to the five distinct types, each card is associated with one of five affiliations: the Corporation, the Former United States, the Monastery, the NoNames, and the United Nations. Several of the affiliation cards can enhance the abilities of their respective members.

Turn-based gameplay takes place in major world cities such as New York, Tokyo, and London. Each player starts with a headquarters, which eternally produces one of three different resource types - military, covert, and cyberops - each turn. You can erect one base in any of the cities each turn, with the bases producing one type of resource for a limited period of time. Resource points are needed for nearly every action taken in Chron X, from deploying assets to enacting a computer virus. Game length varies with the geographical setting as gamers can choose to play in the Americas (7 cities), Europe (9 cities), Asia (10 cities), or on a world map (a combination of the Americas, Europe, and Asia that allows movement between all three).

The Collectible Bits technology developed by Genetic Anomalies makes it possible to securely trade cards with other registered players, giving Chron X the feeling of a tangible strategy card game. Everyone that you compete against will have completely different decks and, unlike the digital version of Magic, you can only build and compete with decks from the cards that you own. Judging from the nearly constant messages popping up in the chat rooms, it won't be troublesome to find someone willing to trade a few cards or play a game. Every time I've connected to the server there was an ample number of opponents of different skill levels ready to go one-on-one.

Because Chron X is only available as a downloadable file, you don't even have to bug your local retailers by throwing wadded bills at them. Included with the free (yes, free) download are 60 cards, the game engine, an electronic manual, an offline AI opponent, and free (for the last time: yes, free!) unlimited access to the Chron X server allowing you to compete against other Chronheads. As with nearly every game, the easiest way to learn about Chron X is to jump right in, consulting the digital manual only if questions or problems arise. If you are familiar with other card-based strategy games you should have no trouble playing Chron X against human opponents almost immediately. However, if you've never delved into the genre, you will want to challenge the AI trainer to a few games before going mano-a-mano. Regardless, the more you play the more you learn about the game and, in the ever-expanding world of Chron X, strategies and gameplay will change slightly as new cards are added to the fray, making the game a new and different experience every time you play.

If you decide to register Chron X (which I highly recommend since everyone you play will kick your cyber-enhanced butt until you have enough cards to build a decent deck), basic registration will cost $9.95 and includes 60 additional cards, the ability to trade with other players, plus the option to play ranked games and join tournaments. With the $25 advanced registration you'll get all of the privileges of basic registration, but you'll get twice the cards with the guarantee of 12 rares. The total cost of Chron X will vary from gratis to "Visa's gonna break my legs" depending on how many cards you want to choose from in order to build decks. Current prices range from $3 for a 15-card Booster Pack to $25 for a 180-card Booster Box. In case you're wondering, the recent release of Overture, the first expansion pack for Chron X, has brought the card total up to 350.

This game is hotter than Mr. T in 1985 and more addictive than nicotine. Chron X's brilliant simplicity makes it one of the best online games today, card-based or otherwise. The designers and artists at Genetic Anomalies combine stunning artwork with an intriguing storyline and incredible gameplay. For those of you new to strategy card games, Chron X is an excellent gateway into the genre and is definitely less imposing than Magic. Experienced trading card gamers will delight in the new twists, extras, and spatial aspects Chron X adds to this genre. 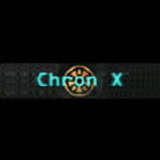 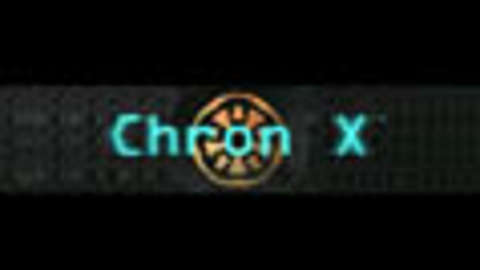 Along with the obvious comparisons to Magic: The Gathering, Chron X also combines elements of Risk, Shadowrun, and Chaos Overlords.