It's fast, fun, and pretty exciting.

The basic formula of helicopter games has always been to blow up stuff, rescue hostages, and try not to get blown up in the process. It's worked since the days of Choplifter, and it still applies today. Chopper Attack follows this description to the letter, playing a bit like Soviet Strike with Blast Corps-style graphics.

Seta developed Wild Choppers as an action/shooter that allows you to pilot one of eight attack choppers. Each chopper has its own strengths and weaknesses, so it is a good idea to try them all out to see which one suits your playing style. As you play, you earn money to buy various missiles and bombs to help eradicate enemy forces throughout the missions. The missions range from blowing up everything in the area to guarding a jumbo jet as it flies through enemy air space. Each area is filled with scores of hostile aircraft, terrorizing tanks, and artillery that try to blow you out of the sky. Some levels are huge wide-open spaces that let you roam freely from one target to the next, while other areas have you deep within a narrow canyon, and you are forced to go through scores of enemy divisions. On some missions there are giant bosses such as giant planes, helicopters, and hovercrafts.

The controls in Chopper Attack are a little touchy at first, but once you get the hang of it, they're actually quite nice. To move and aim the helicopter, use the analog stick. The buttons are used to fire weapons and to strafe. Any music that annoys you is a bad thing. The music was rocking at first, but after a week I was much happier with the sound off. The explosions and all of the other sound effects are great, and when using the rumble pack they really give you the panicky sensation of being shot at.

The only other problem with the game is that I felt kind of boxed in at times because I couldn't control my elevation. Your chopper is set at a constant elevation, unless you go up the side of a mountain, in which case your chopper just goes up the side of it. This would be a bigger issue if the game were a little more sim-based, but it is still a little disappointing.

Chopper Attack is a fair N64 game. It's fast, fun, and pretty exciting. It is, however, a short game, so you may just want to rent the game and finish it rather than picking up your own copy. 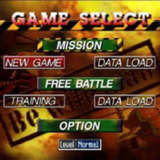 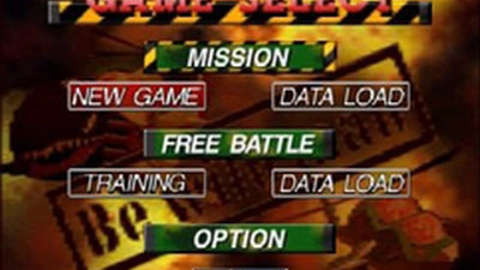 It's fast, fun, and pretty exciting.