This experimental puzzle-music game is both hypnotic and addictive.

Chime feels like an experiment but plays like a game. This innovative mash-up of block-based puzzle gaming is one of the most original puzzlers to come along in ages, and a percentage of the proceeds from every sale go to the OneBigGame charity to boot. New and old fit together here just like the blocks that you play with, letting you make groovy ambient music as you get comfortable with a new-age take on Tetris. It's all a little brief, with fewer levels and songs than you would like, although at just 400 Microsoft points ($5) in the Xbox Live Marketplace, the game still comes highly recommended.

As you might expect from the brief description above, the concept behind Chime is a little out there. Play unfolds on gridded game boards with some that are plain and rectangular, and others that are split into sections or divided by obstacles. Random shapes pop up as in such block-based predecessors as Tetris, Columns, Lumines, and the like, with your goal being to fit them together to form point-scoring quads that cover at least 3-by-3 squares of the board. The bigger the quad, the more points you count. You can also add to the size of quads for a limited time by lining blocks up against them, clocking a multiplier that goes up with the number of quads that you complete, and gradually covering the entire board. Here's where the music comes into play.

While you're doing all this, a beat line moves steadily across the screen from left to right as a basic ambient or techno tune plays in the background. When this pulsing line rolls over your quads, the music changes and expands. It also adds in drum beats, flutes, vocal choruses, and so forth. If you listen closely, you can hear how well you're doing in a level by the way that your actions shape and fill out the song. This isn't just for effect, either. While the tunes from musical geniuses like Philip Glass, Moby, and Paul Hartnoll (of Orbital fame) are great to listen to all on their own, the beat line also serves as a timer. When it passes by completed quads, those quads vanish from the board and that area of the board changes color to signify that you've covered it. Stray pieces also last for a limited number of passes across the board by the beat line. So you have to move quickly when arranging blocks or you'll risk having everything go poof, which also resets your score multiplier.

Sound a bit confusing? It is confusing, especially at first because the game comes does not come with an interactive tutorial. Even the "How to Play" section in the main menu doesn't make much sense until you've played a few levels and gotten an idea of how the design concepts work. Still, even when you don't have a clue as to what you're doing, the game is never frustrating. The basic play is intuitive, at least if you've played a block puzzle game before, and once you realize how you can alter the music through forming quads, it draws you into the levels. Once you get how you're supposed to play, the game becomes quite challenging. There are quite a few shapes to arrange, which makes pulling off big quads fairly difficult in some of the more restricted-space boards, and getting 100 percent coverage of a board is very difficult, especially if you opt for the shortest of the three timed gameplay modes. The game is also about more than just scoring. The combination of laying down blocks, listening to music, and watching quads explode into what look like neon flowers when the beat line passes is amazingly hypnotic. It transforms the usual goal-focused gamplay experience into something more akin to playing with an amusing toy while spacing out to some groovy tunes. So even though it won't take you long to play all the levels and hear all the songs, you'll find yourself drawn back in to the game, playing just to immerse yourself in the experience.

Although it's a little too modest in size to be classified as revolutionary, Chime is still an incredibly captivating and inventive experience. Book an entire evening for the first time you try the game's block-building and music-shaping gameplay because you will almost certainly find yourself hooked for many, many hours. For just 400 points and the good vibes of donating some money to charity, this is a must-buy for anyone who likes puzzle games. 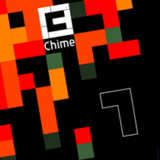 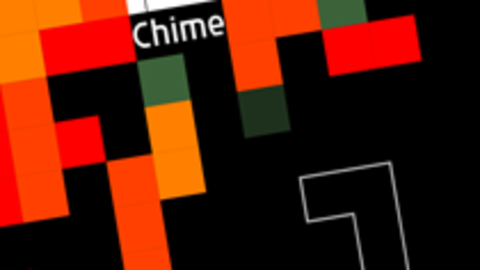 Chime is a unique block puzzle game fused with music creation elements and contributions from a number of famous musicians.