There are times I want to be sad, when I'd rather be all alone, quietly thinking about my life, or hugging a loved one to forget about the day's trouble. Child of Light embraces that melancholy beautifully and its various elements cultivate a doleful mood. From the overgrown foliage threatening to overtake the neglected environments to the tired inhabitants wasting away their days, there's a somber tone that permeates this storybook adventure. I was struck by that desperation in the whimsical poetry of the dialogue; conversations are constructed with overtly meticulous rhymes that betray the bewilderment building below the surface. And the docile piano melody made my heart all the heavier. Child of Light is a lovely adventure, a journey as remarkable as it is uncommon, that left me grappling with my own sadness.

I wasn't so accepting of Child of Light at first. The delicate artistic style is so immediately inviting that I had imagined a world opening before me that I would want to exist in. That's because I had mistaken color for happiness. Child of Light is not about fleeting joy, and so, when the sorrowful tone endured as I ventured on, I struggled to find my bearings. I waited for a lightheartedness that never arrived, so I fought against the energy that Child of Light was putting forth. But as I pushed deeper inside of this dreamlike world, I stopped resisting and opened up to the game. Child of Light is difficult in ways that I hadn't expected, and is incredibly effective if you allow it to work its magic.

It's in the earliest moments that the game reveals its true nature. A story told through stained-glass imagery shows the protagonist Aurora's inseparable relationship with her father, and tells of how their bond was torn asunder. One night, she rested her head upon a pillow, and never awakened when a new day dawned. Her father, the once proud king, was beside himself with grief, choosing to spend his days awash in tears rather than care for his kingdom and the wants of his populace. He was a lost man. Lost, too, was Aurora, who awakened not in her own bed, but in a place she did not recognize. It's a story about fear and betrayal, hopelessness and fortitude, in which every citizen you meet seeks shelter in Aurora's loving arms. Her plight to fight for both her own freedom and her companions' is one we've seen before, though that doesn't detract from the feelings it conjures.

Child of Light is a lovely adventure, a journey as remarkable as it is uncommon, that left me grappling with my own sadness.

Aurora joins up with a jester who has lost touch with her brother, a rodent who craves monetary wealth, and a gnome whose people have been cursed with an avian disease. But it's a firefly who proves to be the steadiest friend. Igniculus floats alongside you as you explore the creaking trees and abandoned homes you drift past on your way to free this land from the misery that it's drowning in. Always with advice on his lips, he can also light the passageway through dark caves and collect treasure that your human hands can't wrest open.

When Aurora sets out into this foreign world--barefoot, weaponless, and utterly alone--she clambers upon rocky outcrops as she winds her way through labyrinthine caverns. Slowly but determinedly, Aurora uses ingenuity to scavenge for scraps of treasure, and I felt at one with the environment as I charted a course onward. After reaching her first destination, Aurora was imbued with flight, and the tactile pleasure of forging unknown paths vanished. Once airborne, you can no longer run and jump as you once could, instead floating dreamily through air thick with fog and rain. The kinetic freedom of flight rises and quickly falls away as you continually find your path barred. Thorns rein you in, waterfalls and gales push you away, and those restrictions echo the themes of imprisonment. You're not free; you're trapped and scared and desperate to return home, and those aerial barriers further those feelings.

Enjoy flight when you can. There are treasure chests and hidden passages for those with an inquisitive disposition, and when you're able to break free from the chains corralling you in place, the landscape is too beautiful to not admire. But such appreciation is fleeting. There are enemies lurking--creatures that should have no qualms about your presence cut you down if you drift too close to them. They patrol in the open, marching from side to side along high plateaus or hovering menacingly in dark caverns. You can avoid them if you wish--fly down another path or wait until they turn their backs on you--but Aurora is not one to walk away from a confrontation. She wields a sword almost too heavy for her to carry, and has her heart set only on her freedom, so she doesn't run away from the monsters that stand before her. She longs to fight, relishes in it, and her friends readily join her, eager to damage the foul beasts who roam about their home.

It's a story about fear and betrayal, hopelessness and fortitude, in which every citizen you meet seeks shelter in Aurora's loving arms.

It's in the combat that the sadness that permeates the rest of Child of Light is momentarily halted. The music loses its solemnity as it suddenly becomes fierce, and the characters forget their aching problems for a moment while they focus on the threats that stand before them. Wolves and boars growl their displeasure, flaming birds and ethereal horses bar your path, and you stare them down like only a true warrior can. Although your party balloons as you trudge deeper into this desperate land, only two can fight at one time, while the others swap in when their fists are needed and back out once their energy is spent. It's a frenetic system in which you're continually juggling your party, tapping a healer when you need a boost, matching elemental attacks against your shifty opponents, and finding ways for everyone to contribute.

The energy of these encounters carries a fast-paced excitement that's lacking from the rest of the adventure. That's not to downplay how affecting the quiet moments are, but rather to show how sharp the contrast is. When you're fighting, you're so invested in an immediate threat that you're no longer saddened by the dire world around you. And it's a freeing feeling that exists only because of how different it is from the rest of the adventure. Part of that rush comes from how smartly time is used. Though fights play out in a turn-based manner, you and your opponents race to perform attacks as quickly as you can. Cast haste to get a boost, or hover Igniculus over an enemy to slow it down. Interrupt an attack, and you can infuriate an enemy, cause it to retaliate with anger or cower from frustration. If you're inattentive, your hard work can blow up in your face, so you have to act with exactitude and think on your toes.

The challenge of these encounters is expertly balanced. Against tougher foes, I always felt out of my element. Would this be the fight where I finally met my end? I would scrape and claw, desperately casting spells while fending off the unceasing threat. My attacks would be interrupted, my characters infected by curses, and yet I pressed on. I would drown enemies in water, blind them with sunlight, and never relent for even a second. I never did lose a battle. Child of Light did a wonderful job of pushing me hard, forcing me to fight with speed and precision, without ever becoming overwhelming. When I won, I would pause for a few moments to take in what I had accomplished. It's a great feeling to come out on top. And though I would invariably level up from such victories, I wasn't drawn to better stats or new powers. It was winning that was infectious. It was embracing the moments of respite amid a sea of sorrow and despair.

Child of Light is a remarkable adventure. I wouldn't have thought that was true during the first couple of hours given that my expectations of what kind of game this was shattered when reality showed its face. But once I accepted the sadness that is so intertwined with every element, I grew so much closer to Child of Light. It's easy to heap praise on the combat because it's so interesting and engaging, and it's certainly a high point in this adventure. That's not what makes Child of Light stand out, though. Rather, it's how confident it is in its own feelings of woe. There are so few games willing to explore that dull ache that I became mesmerized by Aurora's journey, even when I needed to step away from her plight while I regained my composure. Child of Light is a wonderfully realized, somber adventure, and I couldn't be happier that such a game exists.

Editor's note: It has been more than four years since Child of Light first hit consoles. The somber tone that permeates the adventure still resonates deeply, using its delicate visuals and wistful music to capture a feeling of melancholy that still feels incredibly rare. The passage of time hasn’t undermined the sadness that makes this game so welcoming because there is still nothing quite like Child of Light. The transition to the Switch hasn’t hurt the experience in the slightest. Whether docked or in handheld mode, the beautiful artistic design shines through and the controls are smooth regardless of which controller you use.

Because this is the Ultimate Edition, there are bonus features that weren’t included in the original release. A couple of alternate skins for the protagonist are available from the onset along with a few items, one additional skill, and a new mission. It’s still the quiet adventure that is the main draw, though, and whether you’ve never before experienced Princess Aurora’s adventure or simply want to revisit this dreamlike world, Child of Light is just as great as it was years ago. -- October 11, 2018, 10:30 AM PT

View Comments (546)
Back To Top
8
Great
About GameSpot Reviews 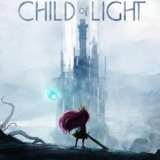 Tom was touched by the somber tone of Child of Light and wishes more games would explore this untapped feeling. He spent more than 15 hours within this world, and is eager to revisit it.