Chessmaster is a great chess game for players of all skill levels, and its extra features, particularly online play, will keep you busy for a long time.

For nearly 20 years now, the Chessmaster series has been widely regarded as one of the best consumer-grade chess simulators around. Ubisoft's Chessmaster for the Xbox certainly does nothing to hurt that reputation. Between getting the fundamentals right and offering up a boatload of extra features, this literally is the only chess video game you'll ever need to buy for the forseeable future.

Whether you're just getting started or whether you consider yourself a chess guru, you're guaranteed to find plenty to do among the game's numerous play modes. Quick game lets you set up a match against any of 100 different CPU opponents, and it lets you adjust the rules so that, if you want, you can undo previous moves, switch sides, and ask for advice when you're stuck. The position mode is similar to quick game, but it lets you set up the entire board how you want it so that you can test out your own strategies. Then there's the rated game mode, which enforces time limits, disables all of the game's helper features, and applies the outcome to your rating. Once you've explored those stand-alone game modes, you can take on the championships mode, which includes 61 different tournaments spread across five skill levels. If you're not in the mood for straight-up chess, you can explore the puzzle mode, which presents you with hundreds of different mate situations and challenges you to solve them in one or two moves.

Players of all skill levels, especially beginners, will greatly appreciate the included chess academy mode, while gurus and the curious will no doubt find themselves drawn to the famous games mode. The chess academy mode offers hundreds of drills, tutorials, and exams for players of various skill levels, starting with the absolute basics of how pieces move and what the different openings are, and culminating with frighteningly intricate theories on strategy by established masters. Each lesson was written in cooperation with players like eight-time US champion Josh Waitzkin and five-time champion Larry Evans, who also narrates every move as it's shown. The famous games mode is a historian's dream. It re-creates 800 famous matches, from Gioachino Greco's match in Rome in 1916, through the legendary Bobby Fischer, Boris Spassky, and Garry Kasparov matches of the '60s, '70s, and '80s, and up to the dozens of tournament matches from 2003 and 2004. Each match includes a short background story describing its historical significance and the major moves and blunders its participants made.

Besides its massive single-player component, Chessmaster also takes advantage of the Xbox Live service and lets you play against other players worldwide. Setting up and joining matches is painless. The game uses the same interface that most Live-enabled games use, and it lets you issue challenges to people on your friends list, in addition to letting you talk to opponents during matches with the communicator headset. Matches can be played-rated or unrated, with rated matches contributing to your leaderboard ranking and overall win/loss record. Unlike the PlayStation 2 version of the game, which came out last year and never really caught on, the Xbox version already has 900 ranked players after barely two weeks in release. Games are relatively free of lag, although that really isn't an issue considering the underlying game's turn-based nature.

It almost goes without saying that the game gets the fundamentals right and can put up whatever degree of challenge you require. The Chessmaster series has been tweaked and refined in numerous installments over the years, and it's also been put to the test against a handful of the world's best players. You can actually watch some of these famous matches in the famous games mode. On lower levels, the CPU plays like one of your friends from back in middle school. On higher levels, you can literally take on the masters like Kasparov and Waitzkin. When you start playing, the game sets up a player profile that will be used to both keep track of your performance and assign you a skill rating. This rating isn't based merely on wins and losses, but it's based on the kinds of moves you make and how you react in certain situations. Luckily, among its many modes and options, the game also has advice and blunder-alert features that can be activated on a constant or per-move basis. Otherwise, playing is relatively straightforward. You can select and move pieces using the A button and the analog stick, the L and R triggers let you take back or replay moves, and the white and black buttons pull up menus that allow you to switch sides, offer a draw, resign, or make use of the various hint, advice, game analysis, and coaching options.

Despite being so solidly put together, Chessmaster does have a few flaws that will become painfully evident as you dig deeper into the game. A couple of these concern the way the CPU interacts with the time clock. During timed games, the CPU has a distinct advantage, because it executes all of its moves within three seconds. If you set the clock to infinite, you'll discover the opposite problem. For whatever reason, when there's no time pressure, the CPU won't make a single move unless you select the "force move" menu option every time its turn comes up. Talk about crazy. Also, even though Ubisoft did a great job implementing online play, the company made a slight goof with regard to two-player matches on the same console. Instead of using a second controller, both players have to alternate turns using the same controller. These flaws aren't major, but they're annoying enough to keep in mind.

Chessmaster also looks and sounds impressive, at least as much as a chess video game can. There are 2D and 3D chess sets and static and animated sets. Furthermore, you can rotate and tilt the board anyway you like using the right analog stick. A couple of the animated chess sets are quite entertaining, particularly the clash set, where the knights and wizards that represent the pieces attack one another in the process of taking squares. The game's audio consists of a selection of low-key music tracks, sound effects for specifically themed chessboards, and verbal notation for moves made on standard chessboards. Also, the chess academy mode is full of narration from its participating grand masters.

The bottom line is that anyone looking for a chess game to play on the Xbox should pick up Chessmaster. It's perfect for beginners, intermediates, and experts alike, whether you just consider yourself a casual player or a jaded regular. 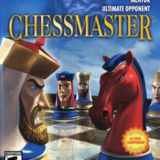 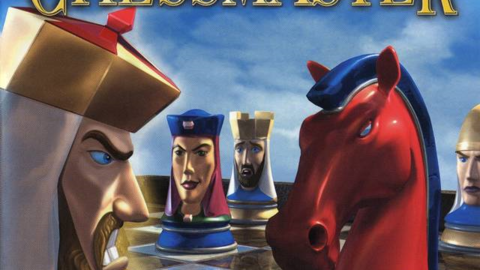 If chess games live and die by their extra features, then Chessmaster is well equipped to enjoy a long life on the shelves of video gaming chess fans.