Originating from a small programming team in Russia, Chasm: The Rift is a standard 3D shooter that falls technologically in between Doom and Quake - and scarily enough, isn't that bad.

With the industry up to its neck in 3Dfx-enhanced, Pentium-required 3D shooters, it's not that big a shock that a value-priced software company would take aim at 486 users with a lower-ended Quake-alike. Originating from a small programming team in Russia, Chasm: The Rift is a standard 3D shooter that falls technologically in between Doom and Quake - and scarily enough, isn't that bad.

You've heard the story before: another dimension has opened up, and nasty mutated critters have bounced through to wreak havoc, steal beer, and be a general nuisance. Enter You, the Faceless Soldier, who must clean up those nasties, close the rift, and restore order. You accomplish this by battling through a multitude of mazes, picking up bigger weapons, and throwing switches to open doors in the standard Doom fare.

Chasm's engine isn't the latest or greatest, and the gameplay is solid but ultimately derivative. A handful of small touches boost the atmospheric content - the rain effect in the outdoor environments is pretty spiffy, and you can blow out windows and destroy light sources, which darkens the surrounding environment. Levels are spread out over military bases, alien installations, and Egyptian pyramids, and each mission begins with a briefing from your superiors, who look like polygonal versions of the "talking heads" from the Wing Commander games.

But the stars of the show are the monsters, which actually have a higher level of detail than the ones in Quake. In the first few levels of Chasm, you'll run up against gas-masked Nazi-esque stormtroopers who come in all shapes and sizes, and best of all, you can actually blast off their limbs. One or two well-placed shotgun blasts will remove a random appendage - but instead of dropping dead and bleeding to death, the enemy keeps coming at you with whatever's left. Unfortunately, one limb is all you're allowed to take off - you can't pull a Monty Python and leave your armless opponent hopping on one leg. Pity. While you have a full arsenal to wage your war with, most of the weapons seem like they were ripped right out of Terminator: Future Shock. Aside from the rapid disc launcher, the selection is pretty dull.

Since Chasm was obviously optimized for slower systems, there are some very visible restraints on the engine, limiting the "true 3D" environment. It's impossible to look straight up or down as in Quake, so taking aim at shorter bad guys can be a bit of a chore. There's no support for any type of 3D acceleration, and deathmatching over the Internet is limited to Kali and Mplayer. And even though the level design works well within the confines of the engine, you still get the sensation of playing yesterday's game.

In the long run, Chasm is another cookie-cutter 3D shooter, but it might be of value to 486 users or other gamers with a few bucks to spend before Quake II comes out. Most gamers will feel Chasm is a case of been there, done that - but if you've been lagging behind on the hardware upgrade front, this might be a worthwhile chance to play something that feels more like what you're missing. 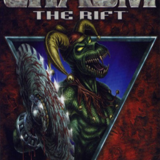 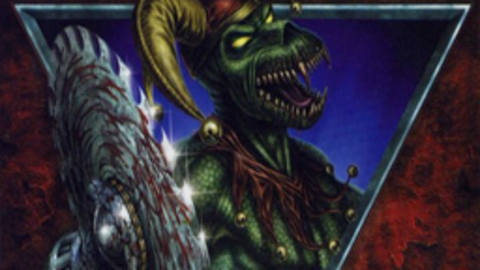 Originating from a small programming team in Russia, Chasm: The Rift is a standard 3D shooter that falls technologically in between Doom and Quake - and scarily enough, isn't that bad.