In line with the anarchistic vibe and punk rock aesthetic it emulates so well, Charlie Murder gets right in your face and starts up a flailing mosh pit of chaotic game mechanics even before the dissonant ring of the opening power chords fade from memory. No, ripping the limbs off your zombified foes and blissfully beating them to un-death with their own bloody appendages isn't enough for this ambitious and gory 2D brawler. There are beer components to collect for brewing boozy power-ups with, tattoos to accumulate, a cell phone full of updated content to stay on top of, and even noisily impromptu thrashy rhythm games to mash buttons through. That's just the beginning too. It's a lot to soak up at first, leaving you feeling swept up in the chaos at times. But once these ideas settle in, each jaw-dropping absurdity layered onto the fist-swinging framework ultimately helps to crank up the game's ballsy charm to 11.

Rather than a single protagonist, Charlie Murder stars a raucous punk rock band thrown into supernatural turmoil when a falling out with one of its members inadvertently spawns a serious rivalry. Spurned by his former bandmates, ex-guitarist Paul makes a pact with the devil, forms a demonic heavy metal group, and unleashes an unholy apocalypse upon the earth. Good times! It's a comical excuse to pummel through hordes of ninjas, demons, zombies, and mutated miscreants in ultraviolent fashion.

Taking a backseat to the gory action, the story unfolds in brief flashback vignettes that offer just enough backstory to give the excessive brutality a bit more purpose. A gritty hand-drawn art style also boosts the punker vibe and helps drive home the demented humor woven throughout the cartoonish mayhem. From gutting hippies in a massive psychedelic-fueled woodland massacre to fending off droves of demon-girl hallucinations in a dank mental hospital, the inventive settings and unsettling situations you encounter as you push further onward do a good job of counteracting the repetitive nature of the arcade brawling.

Each of the five playable band members represents a distinct "class" with a unique set of attack moves and a nice range of magical powers to unleash--the latter of which are obtained, in a very cool touch, by getting tattoos at seedy parlors scattered throughout the game. Whether it's Charlie the berzerker's screeching vocal blasts, Lester the mage's six-string spellcasting, or Rex the tank's drum-centric combat maneuvers, these band-member-specific moves make playing each character a lot of fun.

Outside of using special attacks, the straightforward brawling feels too limited at times. Sure, you punch heads off, clobber foes with instruments, and even team up with your cohorts to transform into towering beasts to pummel through the hordes, but it still often feels like you're delivering the same moves over and over again. That said, the crazy medley of auxiliary weapons you can pick up from foes and wield in battle does help change things up for the better. Severed heads, flamethrowers, ninja blades, chainsaws, knives, Uzis, and axes are among a broad range of deadly goodies to play and slay with.

Thrashing foes earns you coins to spend on power-ups and stat-boosting gear, but it's awesome that enemies also drop hops, malt, and yeast for you to collect to brew your own beer with. It's an unusual and surprising touch--one of many minor elements that come together to make Charlie Murder feel incredibly unique. Another is the role your character's in-game cell phone plays. You can use it to check emails that play into the story and explain new gameplay mechanics. There's a Twitter-like app that updates as you battle, and snapping photos of QR codes you find in the environment unlocks bonus items to use.

The phone also serves as a menu system for managing the game's light role-playing game elements, like stat upgrades and unlockable special attack moves. Other ideas don't feel as cohesive or well implemented. While they offer varying levels of amusement, minigame diversions like side-scrolling shooting stages, a punk rock button-mashing rhythm game, and a downhill surfing excursion feel arbitrarily tacked on to check off a nostalgia box.

Playing solo is enjoyable, though it does have its downsides. The puzzling checkpoint system often kicks you backward quite a ways if you die, which can be frustrating in some of the more densely packed areas or in tricky boss battles. Co-op is really the way to go, since pals can revive fallen bandmates to prevent the aforementioned punting. Indeed, playing with friends locally or online maximizes the chaotic killing fun, but it also introduces a few other kinks. Waiting for teammates to manage their inventory can be an unwieldy process, particularly if they choose to do so in the middle of battle. You can also injure friends with wayward blows, rendering the chaotic mob brawls that so often erupt onscreen rather counterproductive when you wind up damaging comrades more than your adversaries. Still, these minor complaints oddly fit with the anarchistic themes on tap.

An entertaining indie arcade brawler with a lot of exciting, wildly different ideas woven throughout its gritty presentation, Charlie Murder stands out from its brethren in mostly the right ways. Some elements are more successful than others, but the entertaining co-op mayhem that plays out across this postapocalyptic punker landscape will spur you to alternate between throwing devil horns, cursing, and laughing out loud. 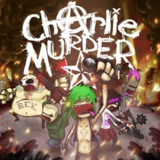 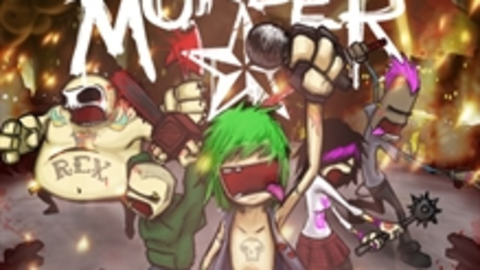 Charlie Murder is a four-player arcade beat â€˜em up featuring all four members of the revolutionary punk act.

Mature
Blood and Gore, Use of Drugs and Alcohol, Violence