Charge 'N Blast doesn't have any glaring flaws, but it also doesn't excel in any general category.

The developers must have been feeling very unadventurous when creating the concept for Charge 'N Blast. In translating this arcade shooter for the Sega Dreamcast, they fashioned rather innovative and rewarding control mechanics, but they seemed to run out of creative steam in virtually every other area. The game presents a conventional cast of characters--including an all-around hero, a slender and quick female operative, and a brooding, muscle-bound strongman. The enemies are generic, the plot is unsophisticated, and most disappointingly, the replay value is virtually nonexistent. Charge 'N Blast isn't a bad game by any means, but it is also standard and conformist, and it hardly stands out in a crowded crop of shooters.

While it's a completely conventional game, Charge 'N Blast does feature an innovative gameplay system. Like many shooters before it, the game asks you to vanquish all the enemies in one small section of a larger level before moving on to the next section. But that is where most of the similarities end, at least in the gameplay department. The control mechanics can be best described as frequently hectic. The game forces you to use every button on the Dreamcast controller all at once. You must use the analog pad to aim large crosshairs at mutated enemies and select from one of three weapons in order to fire. Each weapon has its own strengths and weaknesses, and its effectiveness depends on the area and the type of enemy. For example, you can use the single missile to fire at distant enemies, while torpedoes can be used to take out underwater foes.

Adding to the control scheme is the need to charge each of the weapons to unleash the most powerful shots. You can fire your weapon before it is fully charged, but that usually isn't very effective, and it doesn't help in the later levels. So, the best strategy is generally to use the analog triggers to strafe left and right to dodge enemy attacks--your characters can't move back and forth--while you unleash massive charged attacks that inflict the most damage possible and often take out more than one enemy at once. This makes the gameplay engaging, as Charge 'N Blast forces you to make simultaneous decisions on when to dodge, which weapons to use, and whether to spend time charging your weapon. Unfortunately, even with all this firepower at hand, Charge 'N Blast isn't a difficult game. After mastering the control scheme, it is relatively easy to breeze through the game's levels.

Graphically, the developers certainly didn't skimp on the in-game visuals. The character models, with their shiny metallic body armor, are generously detailed and nicely designed. The female character, Pamela Hewitt, wears a form-fitting hunk of armor and carries a massive bazooka. The two male characters are designed in similar style, with heavy armor and large, powerful guns. The mutated enemies, which include various forms of insects, fish, and lizards, are designed nearly as well. There are varied characters such as a giant moth, crawling spiders, and a flying eel. There isn't a lot of creativity in the character design, but the developers were able to take inspiration from previous video game monsters and piece together some rather menacing enemies. Of course, in typical shooter style, there are some impressively massive boss characters, from giant spaceships to a gargantuan lizard that looks suspiciously like the North American version of Godzilla.

However, all of the news is not good in the graphics department. There are frequent moments of slowdown, particularly when several characters are onscreen. The environments are hardly eye-catching, with a few destructible 3D objects in the foreground and 2D bitmaps making up the distant surroundings. Additionally, in some of the levels, particularly in the underwater level, the color palette is dull and the textures tend to blend together. This makes it hard to find the fast-moving enemies on the more cluttered backdrops.

Perhaps the most forgettable aspect of Charge 'N Blast is its soundtrack. The music selection is thinner than a dollar bill. The repetitive and weak techno beats do little to add to the overall experience, and they easily become a distant memory after a session with the game. The sound effects are almost as disappointing, as they don't quite match the visually impressive and massive explosions in Charge 'N Blast. Booming and relevant sound effects would have helped recuperate some of the game's lost potential.

Charge 'N Blast doesn't have any glaring flaws, but it also doesn't excel in any general category. The unusual and often chaotic gameplay mechanics show promise, but unfortunately that potential is never realized. Additionally, even on the most difficult setting the game doesn't present a real challenge, perhaps as a consequence of its arcade roots. Innovative gameplay mechanics can't blur the fact that Charge 'N Blast is a clichéd shooter with little to no replay value. Rent it before you decide to own. 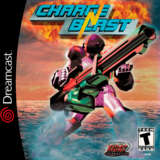 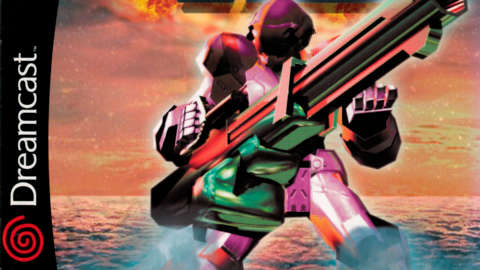 Charge 'N Blast doesn't have any glaring flaws, but it also doesn't excel in any general category.