Chaos Legion is essentially Devil May Cry with stripped-down combat mechanics, but to suggest that this game is comparable to Devil May Cry would be giving it too much credit.

Chaos Legion is essentially Devil May Cry with stripped-down combat mechanics, but to suggest that this game is comparable to Devil May Cry would be giving it too much credit. Chaos Legion almost seems like a tech demo or a test that a development team concocted to see how many enemies could be put onscreen at once, and in that respect, the game is somewhat impressive. But the large number of enemies you'll confront in each level of the game comes at the expense of the overall level of graphical detail, and the result are levels with a lot of enemies, incredibly bland backgrounds with drab color pallettes, and obscene amounts of fog to mask geometry off in the distance. If that isn't enough to dispel any remaining excitement you had for the game, it's worth pointing out that Chaos Legion is only about five hours long, which is probably for the best, since the storyline is so nonsensical and the action is so repetitive that you'll quickly be begging for the game to end.

In Chaos Legion, you play as Sieg Warheit, a warrior who has the capability to summon monsters called legions to assist him in battle. Sieg's mission is to stop a man named Victor Delacroix from collecting three artifacts that would merge the spiritual planes with the real world. Delacroix's motivation for performing such a deed is made clear early on--Sieg was responsible for the death of Delacroix's love interest, and Delacroix wants to bring her back to life. Other characters will interject themselves into the story later on in the game, including a girl named Arcia who happens to be equipped with dual pistols and plays almost exactly like a certain white-haired demon hunter from another Capcom game. In any case, the core of the storyline is just about the only thing that makes any sense, and the characters are about as deep as a sidewalk puddle, making it hard to care about any of the game's plot twists.

You'd probably be forgiving of such a poor storyline if the gameplay were able to compensate for it, but Chaos Legion isn't very entertaining past the first few levels. Essentially, Sieg has a series of slashes that he can execute with his sword that are similar to some of Dante's basic attacks in Devil May Cry. Sieg can pick up additional attacks by equipping different legions, which are acquired by defeating bosses in the game--though it's worth pointing out that Sieg can have only two legions at a time, so if you want to equip a different legion, you have to return to the intermission screen.

The various legions have unique attacks and abilities that make them especially useful against certain types of enemies. For example, the guilt legion summons swordsmen that are capable of attacking just about any enemy in the game but aren't quite as effective against metallic foes. Conversely, the flawed legion has electric attacks, so it can dispatch metallic enemies rather quickly, but it's relatively weak against organic enemies. All legions have an energy meter that can be replenished by attacking enemies, and when you're using a specific legion to attack an enemy, that legion will start to gain experience. Then, when you're in the intermission screen, you can use the experience points to power up that particular legion's attacks, general attack strength, and defensive strength.

There are seven legions in the game, though the seventh can be unlocked only by finding the pieces that are hidden in certain levels. There's a little bit of strategy in learning which legion to use against the game's different enemy types, but you'll quickly discover that you can basically rely on two of the seven legions throughout the entire game. It's not that the other legions are completely worthless--in fact, all seven legions have certain attacks that are quite useful. You just don't need them to succeed. Part of this is due to the overall lack of variety in the enemies in the game and the way the game is structured. By the time you reach the fifth level, you'll have seen just about every enemy that Chaos Legion has to offer, and a lot of the time, you can simply bypass most of the enemies in a section of level by going straight for the target enemy. Each level in Chaos Legion is broken up into several small arena-like sections where you'll be required to either destroy all the enemies in sight or just kill specific target enemies. If you go straight for the target enemy and destroy it, then all the other enemies in that section are automatically destroyed. This not only counteracts the novelty of having dozens of enemies thrown at you at once, but it also makes the game far easier than it should be.

Arcia doesn't have access to the legions when you play through her level, but she makes up for it with an insane gun attack that lets her shoot bullets in every direction. Just as Sieg mimics Devil May Cry's sword attacks, Arcia's attacks follow Dante's gunplay techniques. She has a few cool maneuvers, some of which have her falling to the ground or flipping through the air with guns blazing, but unfortunately, the targeting is so horrible that you're better off just standing still and firing away at enemies.

The boss battles in Chaos Legion are probably the best aspect of the gameplay. Most of the bosses are massive, and if you want to defeat them, you'll have to discover patterns in their attacks and plan your strategy accordingly. For some, you'll have to search for a weak spot in a seemingly impervious facade. Unfortunately, after about the fifth level, the game starts reusing many of the bosses, and since you already know how to defeat them, they're not quite so challenging the second time around.

As previously noted, the overall visual quality of the game was sacrificed to accommodate the large number of enemies that appear onscreen at once. The character models for Sieg, Arcia, and Victor are decent enough, and some of the bosses are impressive, but the environments are flat-out horrible. Most of Sieg's levels use the same bland castle texture, and all the objects are sharp and angular in appearance. There's also quite a bit of fog used to hide parts of the level so the game can sustain its frame rate. Arcia's forest level is probably the best of the bunch, since it has much more secondary detail, but it's still pretty bland and generic looking. Some of the enemies look decent, but it's obvious they were constructed with a relatively small number of polygons.

You'll feel an initial glimmer of hope for Chaos Legion's soundtrack when you hear the first few songs in the game. But as you progress through the levels, the soundtrack quickly degenerates into generic rock--some of which sounds as though it was pulled directly from Devil May Cry--that fits the pace of the game but isn't exactly memorable. Not surprisingly, the voice acting isn't all that memorable either, but considering the dialogue that the actors had to work with, it's good enough.

Chaos Legion provides plenty of relatively mindless action, so action-game junkies probably won't have a problem with renting the game. But even action-game fans will find just about every aspect of the game to be repetitive and bland. Plus, the fact that the game is a little over five hours long, with no substantial reason to play through it repeatedly, makes it difficult to recommend for purchase. 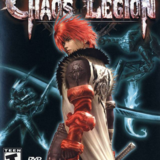 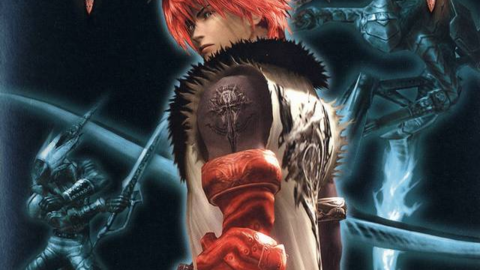 Chaos Legion is essentially Devil May Cry with stripped-down combat mechanics, but to suggest that this game is comparable to Devil May Cry would be giving it too much credit.