Who would have thought that one of the best games you could be playing on the PC was a text-based soccer management simulation?

Who would have thought that one of the best games you could be playing on the PC was a text-based soccer management simulation? It's true. Championship Manager 03/04 offers a rewarding and addictive experience that can ensnare even those who aren't currently soccer fans.

The Championship Manager franchise has long been the gold standard against which all text sports sims have been measured. And for good reason. No other sports sim of any type offers you the breadth and depth of interactions and decisions that you can experience in CM 03/04. Every facet of life as a sports manager is simulated here--from trying to select the right combination of players who (through some magic of synergy) come together to form a powerful team, to dealing with a board that demands success while holding the purse strings tightly, to having to react to the fickle media and fans. Therein lies the secret of the addictive nature of the game. CM 03/04 is a superior sports sim, but it's also an outstanding role-playing experience.

On the surface, CM 03/04 sounds like any other text-based sports sim. You select a team to manage, evaluate your existing talent, set your roster, establish a training routine, make some tactical decisions on how your team will play, look for new talent to add to the team and decide which existing players to sell, and then you go on to play matches. The unmatched depth of CM 03/04 becomes obvious with your first game decision. Selecting a team allows you to choose from 43 nations, each with several levels of competition from which to choose (sadly, due to licensing issues, Major League Soccer is unavailable).

You can start with a world-class team, with millions of dollars at your disposal, like Manchester United or Real Madrid, or you can start with a poor team that's playing in a lower league. This choice is more than cosmetic because it provides you with significantly different types of games. A world-class club allows you to vie for the top multimillion-dollar-salaried international superstars (as well as their egos), in addition to all of the demands and expectations of soccer at this rarified level. On the other hand, selecting a lower-league team will force you to deal with a tiny budget, poor facilities, and players who either aren't very talented or, if they do blossom, will surely be snapped up by higher-league clubs. Both are extremely enjoyable types of games. Start at the top, and play in the international competitions and cups; perhaps you'll then get selected to manage your national team. Or you can start at the bottom, and see if you can take your team up the ladder by eventually moving your once-weak, poor team into the upper leagues, along with the accompanying higher stature and money. You may even develop a reputation that results in your being offered a management job at a higher-prestige club.

Once you have a team, you'll need to assess your squad's players and staff. Players are described, via numeric scores, by a wide variety of attributes. While this may sound a bit like a spreadsheet, the attributes are numerous enough and varied enough to give you a good feel for a player's style. For example, one player may be an obviously strong, aggressive brute who's slow but skilled, while another player may be incredibly agile and fast--and fully capable of skipping past defenders and making amazing moves--but slow to put the ball in the net. Lest you think that assessing players is simply a matter of choosing the one with the best numbers, be aware that there are many hidden attributes that only become obvious by observing a player's performance. Players also have text descriptors, such as favorite players and coaches, major and minor concerns, and more.

All of this comes together in a way that makes each player feel three-dimensional and individualistic. You'll quickly discover players who are the solid backbone of your team. They never complain; they give their all on the pitch; and they're loyal and proud to be playing for you and your team. Others will be highly talented prima donnas who constantly whine and want more money, consequently pouting and playing poorly if they disagree with some decisions that you've made. You'll develop favorite players, and you'll decide that other players aren't worth the maintenance. The highly developed player personalities are one key to what makes CM 03/04 great. You spend much of the game interacting with your players and making decisions that have a major impact on players' attitudes and performances. For example, if a player gets sent off in a game or has a string of subpar performances, you have choices in how to deal with the situation. Should you fine the player? Should you criticize the player in the media? A professional player may respond with a renewed desire to prove himself, while a hothead may decide that he now hates you and will then demand to be sold.

Interestingly, there's no simple formula. For instance, another emotional player may respond to criticism by giving 110 percent, just to prove to you and the media that you're wrong. All of this can result in some complex situations. In one game, we disciplined a key player, and he told the media that he thought the team would never achieve its goals with the current manager. He then demanded to be sold. When we sold him, three other key players on the team--who were his good friends--became unhappy with us. The next thing we knew, we were facing a team revolt. Subsequently, the fans and the media demanded our heads, which the board gladly delivered on a platter as we were fired. That's the type of multidimensional interactions that are at the heart of CM 03/04.

The biggest change in the history of the Championship Manager franchise came with the introduction of a 2D, top-down graphical view of the match, which was introduced in last year's CM4. Previously, all action during a match was displayed in a radio-style text commentary. The good news is that the top-down view worked pretty well in CM4. The great news is that the 2D match display is outstanding in CM 03/04. Screenshots don't do justice in describing how effectively the match display portrays both how and why your team is performing as it is (as well as clearly showing you how each player is performing). Improvements over the CM4 display include various little touches, like visual indications of the pitch condition, offsides flags, and generally smoother and more realistic action. Meanwhile, while sound isn't a significant factor in text-based career sports sims (and, indeed, there is literally no sound at all in most of CM 03/04), the matches are accompanied with all of the jeers, cheers, chants, whistles, and other sounds you'd expect if sitting in the stands at Old Trafford.

CM 03/04 is so full of choices and interactions--all elegantly presented--that it would take volumes to list them all. Every aspect of the game displays the years of development and maturity of this franchise. For example, the simple act of trying to acquire a player from another team is filled with nuances. A team in your league may not want to allow you to have one of their star players, so they may choose instead to take a lower offer from a team in another league. You can make deals that involve partial trades, conditional clauses (that provide you with a percentage of the value of future sales of a specific player), installment payments, timing of moves, and much more. Training is both simple to set up and complex enough to experiment with for hours. Tactical control over your team during matches allows you to dictate every facet of both your team and each individual's instructions.

As you might expect, CM 03/04 is almost bug-free. The only significant bug is one in which applying for other management jobs doesn't work properly. Luckily, SI has promised a fix for this in the next couple of weeks.

CM 03/04 has that rare ability that only the best games of any genre possess: It makes you always want to push the "continue" button one more time, in spite of it being far too late at night (or, rather, early in the morning). You always want to know if that hot, young goalie your scout discovered will accept your contract offer to fill the gap you have in your lineup due to your starting keeper's surprise retirement. You always want to respond to the criticism you've received on the radio sports talk show about your decision to bench a fan favorite. You always want to play one more match because your opponent's leading scorer is a player you dumped four years ago for being an underperforming whiner who was dragging the whole team down. Then, just as you decide you must save and shut down, you get a message that Arsenal has offered you a management job. However, you've just now brought Dag and Red all the way from the conference to the brink of being promoted to the First Division--and the fans love you. OK, just one more turn. There's a reason that this is one of the best-selling games of any genre in the world. Though, it's still not available in North American retail outlets, you'll need to import it if you want to play it stateside. 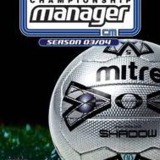 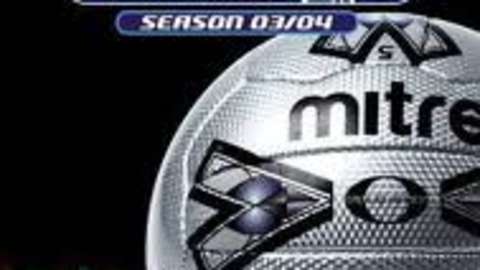 Who would have thought that one of the best games you could be playing on the PC was a text-based soccer management simulation?