While this new Centipede can stand on its own, it fails to capture the magic of the original.

Games from the golden age of arcades seem to be slowly rising in popularity, as nostalgic gamers relive past glory with their favorite classic games. In response, game developers seem to be in a scramble to give classic arcade games a face-lift and a release on current consoles. Unfortunately, in most cases, a remake isn't as good as its predecessor, and while this new Centipede can stand on its own, it fails to capture the magic of the original.

This time around, the game has a plotline. You're Wally, a simpleton bean counter who's somehow chosen to pilot the Wee people's last hope, The Shooter, against the QueenPede and her countless brood. In five different worlds, you fly about, shooting bugs, creating mushrooms, defending villages, and rescuing your fellow Wee people from the clutches of the vile centipedes. You've got better tricks at your disposal, as you'll be able to upgrade your main cannon, fire secondary weapons, and use shields. However, the game is pretty much the same. You turn countless centipedes into mushrooms, blast spiders, and avoid touching anything dangerous.

The control of this game takes a little getting used to, but once you're there, you'll enjoy it. Instead of being limited to the bottom third of the screen, you can now roam about the entire 3D environment. Thankfully, the game engine was well designed, making strafing easy, so you can literally fly circles around your enemies. And although the centipedes enter from one side of the screen, they'll always make their way towards you. So if you find yourself running out of space, simply reverse your direction, and voila - more room. You'll learn to use this to your advantage, steering the centipedes toward wherever you need them to go. In addition, The Shooter can jump, so you can hop mushrooms or even climb ledges for special power-ups.

The graphics in this game are adequate. The game sports three different views: a top-down view, an up-close-and-personal view from directly behind your craft, and a hybrid middle ground. From the top-down view, things are simple and fairly bland. The graphics really come into their own when you switch to the close-up view, where the 'pedes start to look menacing and dangerous, houses look like more than just squares, and the Wees you rescue look much more alive. Everything takes on a cartoony look in this view, as the enemies have huge balloon eyes, the mushrooms pop out of the ground when you shoot the centipedes, and the Wee people look very elfish. The worlds all have their distinct look and are well designed - if it weren't for the mind-numbing repetition, they'd stand out better.

Think of a generic techno beat, and you've got the soundtrack to this game. While it's not really intrusive, it's nothing you'll turn up the volume to hear. The sound effects are carried over from the original and help the nostalgic effect this game is trying so hard to achieve.

Bundled into the package is an arcade mode, which presents you with a port of the original game. Unfortunately, the transition again falls short of the original, with even worse graphics and a low frame rate. While people unfamiliar with the original might enjoy playing this mode, gamers looking to Centipede for an authentic, arcade-perfect experience will be sorely disappointed.

What developers don't realize is that nostalgic gamers who still play classic arcade games play them because they enjoy the experience of playing with vector graphics with a simple control scheme and substandard sound. It's truly difficult to compare games of yesterday with games of today, as almost everything has changed technologically. It feels as if Centipede is trying so hard to recapture the magic of the original, by latching onto itself to extinct gameplay, that it pulls what could have been a great 3D shooter into the hollow of mediocrity. 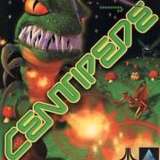 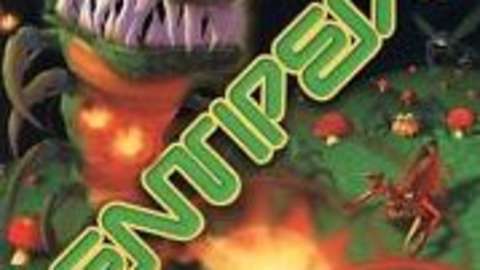 While this new Centipede can stand on its own, it fails to capture the magic of the original.