Haemimont Games has done an admirable job of bringing together two different types of games.

Diablo meets Kohan: Immortal Sovereigns in Celtic Kings: Rage of War, one of the more entertaining cross-genre games to hit the PC in some time. Bulgarian developer Haemimont Games--best known for its work on Tzar: The Burden of the Crown two years ago--has crafted a title that gives players some of the best elements of both worlds. Neither role-playing nor real-time strategy fans will feel shortchanged here, which is remarkable when you consider how hybrids of this sort typically adopt a jack-of-all-games approach that leaves them master of none.

You might even say that Celtic Kings is the first true RPG-RTS hybrid. The game has all the qualifications in both categories. Dual modes of play are featured--one emphasizing a hack-and-slash role-playing style, the other focusing on the base-building and resource management common to real-time strategy. But each prominently features aspects of its counterpart so that both transcend the limitations of their particular genres. The separate elements are blended together so seamlessly that it's difficult to understand why successfully implementing this concept has eluded developers in the past.

Adventure mode, the more role-playing-focused mode, is a solo, story-driven saga set during the Roman conquest of Gaul. You play as Larax, a Gallic tribesman who pledges his life to the war goddess Kathobodua after Teuton raiders destroy his village and kill his wife. It begins much like a traditional isometric RPG, with Larax carrying out solo quests that take him closer to his goal of exacting revenge on the Teutons. Larax himself is modeled much like a typical role-playing character, in that he collects experience points and gains levels.

But things soon begin to shift. Although Larax starts off as a lone hero, he soon encounters his fellow tribesmen. These horsemen, axemen, swordsmen, and archers can be formed into a small army under Larax's command that benefits from his skills as a hero. Not long after you begin to collect troops, the quests become more appropriate to a real-time strategy game. Instead of fighting a few enemies and getting advice from tribal leaders, you're besieging fortresses and sacking villages. You can arrange your troops into formations, split them off to build the catapults required for smashing enemy fortifications, and so forth. The game does have tactical elements, though they aren't very deep. You occasionally join forces with other heroes, for example, and must perform flanking and feinting maneuvers in order to break through enemy defenses. Barreling forward en masse is not an option, even in the early stages of the campaign. Resource management is also an issue. Food must be sent from villages to military outposts, and peasants must be called in whenever you want to raise troops for an army. Gold is collected and transported in much the same way.

The best part about the adventure mode is how open-ended it can be. As Larax's journey progresses, you move across huge maps and never know what's coming next. On one map, you move through a series of set-piece battles, slowly driving the Teuton invaders from your land. On the next, you're on your own again, searching for a hidden druid grove that contains the clues you need to proceed. The pace quickly blends the RPG and RTS elements in such a way that you never get tired of one or the other. The appearance of the maps should also keep your interest. All the 2D isometric scenes are drawn with a wide variety of terrain types that run the gamut from thick forests to large lakes to scrub brush. The game's character animations are highly detailed, though they aren't especially fluid. Larger-scale maps have also been handled well, and they bear a passing resemblance to those in BioWare's Baldur's Gate RPG series. The color-coded dots representing friends and foes make it a snap to use this screen when moving Larax and his forces long distances. Unfortunately, the game's sound isn't as good--some of the music is a bit overblown, and the game's sparse voice work is provided by heavily accented actors.

In the single-player mode, you focus on building bases and turning out armies to beat up on as many as eight computer-controlled opponents in skirmish play. It has some of the basic elements of traditional real-time strategy games, with some new features. You can play either as the Gauls or as the Romans in four game types based on elimination or time limits. All rules can be adjusted, and opponents can be given personalities so that they play according to orderly, chaotic, or defensive styles. Three difficulty settings are also available, so you can customize your opposition's intelligence as well. These options are very similar in the Internet/LAN multiplayer portion of Celtic Kings.

Whether you play online or offline, the hero focus is maintained, so you still have leaders such as Larax with individual characteristics. In this regard, Celtic Kings' gameplay is similar to that of Kohan: Immortal Sovereigns, and perhaps a debt or two is owed to the likes of Heroes of Might & Magic. Strategic concerns are on a beer-and-pretzel level, though that simplicity doesn't make the game any less enjoyable. As in the adventure mode, food, gold, and peasants are the only resources to worry about, and these items are easily transported from the villages where they're usually found to the strongholds where they're usually needed. Food and gold can be shipped by simply ordering in a supply mule, while peasants are ordered into service and trained for a specific duty. Building types are equally straightforward, lessening management worries. The town hall is command central, the tavern is used to govern population growth through its supply of food, the barracks are where the six types of warrior units are equipped, the blacksmith is where weapons are manufactured, the druid's hut (or Roman temple) produces priests who can heal your wounded, and the arena is the hiring ground for heroes. Village structures are in place at the beginning of each game, so all you have to concern yourself with is waging war and maintaining supply lines to military outposts.

Celtic Kings: Rage of War is the perfect game for role-playing fans sick of repetitive hack-and-slash gameplay. It's also the perfect game for real-time strategy fans sick of repetitive base building and tank rushing. Although the game's overblown musical score, subpar voice acting, and frequent typographical errors in the onscreen dialogue can get on your nerves, Haemimont Games has done an admirable job of bringing together two different types of games. 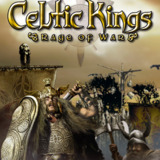 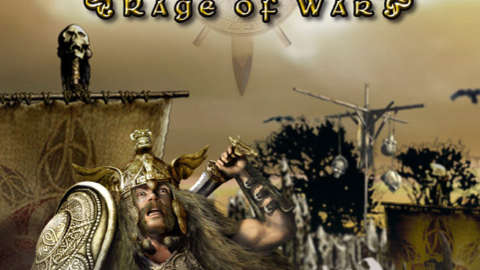 Haemimont Games has done an admirable job of bringing together two different types of games.

8.1
Sign In to rate Celtic Kings: Rage of War