You get what you pay for with this budget first-person shooter.

For a downloadable Xbox Live/PlayStation Network shooter priced at just 10 bucks, CellFactor: Psychokinetic Wars doesn't seem like a bad deal. You get some shoot-'em-up action for your measly Hamilton, and all the gunplay is spiced up with telekinetic goodies that let you hurl scenery around like Uri Geller hopped up on goofballs. Still, almost everything about this Timeline Interactive/Immersion Games production needs to be prefaced with a "for the money" disclaimer, because this multiplayer-centric first-person shooter is a grab bag of genre cliches and dated gameplay. If you've ever played any shooter made in the last decade, chances are good that you will find the action familiar and repetitive.

CellFactor: Psychokinetic Wars should be familiar to anyone who hasn't spent the last decade in a monastery. This is a purely by-the-book shooter, and there are two ways to play. You can go solo in challenge battles where you meet goals such as killing a set number of bots before a timer expires. Rewards include skill buffs and new costumes. Or you can try multiplayer deathmatch, team deathmatch, capture the flag, and assault games both online and off. Either way, you pick from a narrow selection of three character classes and then enter arenas with the basic objective of killing everybody who's not on your team. The only difference between this game and its many, many predecessors is an emphasis on psychic powers. Each of the three fighters specializes in mental abilities. Bishop is the psych specialist, a female robot that can summon up magic-style psychic assaults, shoot laser beams from her fingers, and fly. Sam Fisher-look-alike Blackop is the sneaker. He uses a mix of standard shooter weapons and psychic powers, and he can teleport short distances like the X-Men's Nightcrawler. Guardian is some kind of killbot that doesn't use his machine mind all that much but can pull off super-leaps and can run fast enough to steamroll enemies. All three classes can also use telekinetics that let you rip up chunks of maps with your mind and throw them around.

All of the action feels like a rote regurgitation of games that first blew up back in the late 1990s. The psychic stuff is little more than a hook that seems rather clumsily grafted on to traditional shooter arena maps. While the classes have distinctive play styles, they're not memorable, save maybe the creepy Bishop, and the Guardian is probably the most effective of the characters largely because his speed and nonpsychic shooting are the skills best suited to the old-school style of gameplay. It's hard to fall in love with these cool new mental superpowers when you're racing around in Unreal Tournament maps like it's 1999. Corridors are convoluted to the point that it can be hard to locate enemies. Bouncy platforms and power-ups lie all over the place. Dreary graphics focus on de rigueur hazards like lava pits and bland, futuristic factory backdrops.

Even worse, the maps buzz with a frenetic pace that simply doesn't match up well with the psychic powers, which require a little time and focus to use properly. Bot enemies and allies race to and fro with little rhyme or reason and display no intelligence. Instead of dueling you, baddies simply run pell-mell around levels making them hard-to-hit targets. In the end, this leads to a lot of frustration, because it can be almost impossible to use psychic skills such as Bishop's spell-like mental assault on such juiced-up carnival targets. Allies are even more frustrating to deal with, because you can't rely on them in the team games to handle even such routine tasks as defending a base. Basically, none of the game's characteristics are suited to playing as a mighty psychic guy with the power to move heaven and earth with his mind. So you're often best off ignoring the psychic stuff whenever possible and relying on tried-and-true shooter options like shotguns and rocket launchers. Playing this way, you can evoke the ghosts of arena shooters past, due to the speed and simple-mindedness of the combat. At times, this can be really catchy and enjoyable in short bursts, especially given the great price.

You get what you pay for. CellFactor: Psychokinetic Wars isn't a bad game, especially after you factor in the cut-rate price tag and some of the time-warp goodness of the speedy gameplay, but it is certainly dated and cannot compare to a full-price shooter. Jaded FPS nuts might find some entertainment in bouncing around the old-school levels and throwing junk at one another, although the fun factor of repeating the same old song and dance will likely wear thin in a few hours. 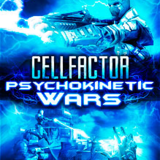 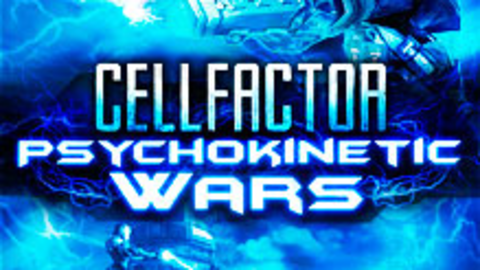