Let's just get right down to the nitty gritty: Catfight is, without a doubt, the worst computer game ever released.

Let's just get right down to the nitty gritty: Catfight is, without a doubt, the worst computer game ever released. Touted as “the ultimate female fighting game,” what's most surprising about Catfight is not how offensive it is, but on how many different levels it manages to offend.

The worst thing about Catfight (and, believe me, that's a hefty accomplishment) is that the gameplay is just so damn bad. On the surface, the game seems like another generic, mano-a-mano fighter. There's the obligatory story (evil person summons great fighters to otherworldly arena, yadda yadda yadda), plus diverse characters with special moves. Unfortunately, the game steals all of these characters and moves from other games, without managing to steal any of the fun.

From the opening options screen, the game is almost impossible to control. If you're lucky enough to be playing with a gamepad, the control is merely bad. With the keyboard, however, playability sinks to horrible. On the keyboard, all of your character's special moves are single keystrokes, but even with this “advantage” it's almost impossible to defeat the computer opponent (not because of cunning AI, but because of the terrible response time). To counteract this obvious problem, the designers have included an “easier” difficulty level, which (get this) turns the computer completely off, pitting you against an opponent who just stands there.

And I'm just getting started here. Catfight's graphics are blocky and pixelated, and the color palette is horrible. The digitized actresses look like paper dolls moving at unnatural angles. The soundtrack consists of annoying and repetitive squeals backed by bad heavy metal guitar. And, adding insult to injury, turning the sound off in the options menu has absolutely no effect.

Catfight's sexism is almost too blatant to mention. In case you haven't guessed, Catfight's unique spin on the genre is that all the combatants are scantily clad women. Strangely enough, Catfight isn't even that offensive, just pathetically juvenile. The “Mortal Kombat meets mud wrestling” concept has potential for some humorous kitsch, but the designers seem too preoccupied with their prepubescent sexual fantasies to see any irony in their project.

No, what's truly offensive is that the designers (who, not surprisingly, use pseudonyms in the credits) seem to think there is an army of like-minded social misfits, all more than willing to fork over their hard-earned money to see buxom boxing beauties. But if this frightening target audience does exist, and if there are people out there salivating at Catfight's premise, they should heed this advice: buy Mortal Kombat or Battle Arena Toshinden and play mirror matches with Sonja or Sofia to your heart's content. You'll thank me, and I'll sleep easier knowing there will never be a Catfight 2. 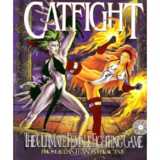 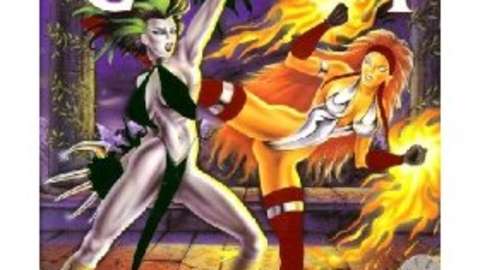 Let's just get right down to the nitty gritty: Catfight is, without a doubt, the worst computer game ever released.