What is a "Castlevania?"

With a sequel on the market and another in production, 2010's Castlevania: Lords of Shadow isn't exactly fresh, yet the slick visuals of the upgraded PC port might fool a few newcomers. The technical bump and the Reverie and Resurrection downloadable chapters make this the best version of Lords of Shadow to date, and while the same highs and lows of the console version persist, the finishing touches found here provide enough of an incentive for a second look, especially if you never experienced the DLC chapters the first time around.

You are Gabriel Belmont, a warrior in the Brotherhood of Light whose wife, Marie, was recently killed by dark forces that have engulfed the land. It's your sworn duty to defeat the three Lords of Shadow in an effort to restore peace, but it's your personal mission to revive Marie by re-creating the God Mask from the lords' fragments. Your journey takes you through lush forests, over craggy mountains, and inside the walls of sinister castles, before finally crossing into the realm of the dead. Developer Mercury Steam has rewritten the origin story of the Belmont clan's long-standing battle against Dracula with sweeping changes to the existing lore, but thankfully, their new take works well; it just takes the entire game and a few headaches to get to the best parts.

Gabriel's adventure is linear and action-packed, and is dotted with bits of platforming and puzzle-solving. God of War veterans will recognize familiar patterns in its combo-heavy fighting system, and Shadow of the Colossus players will identify with the giant-scaling duties during the monumental Titan battles. If you're hoping to explore a sprawling map in search of secrets and long-lost treasure, as in the past, this isn't the game you're looking for; Lords of Shadow stands out from the rest of the series, even against previous 3D entries, such as Lament of Innocence and Castlevania 64. The narrative is more ambitious, the combat hits harder, and platforming incorporates high-wire acrobatics to great effect.

The Castlevania series is known for its soundtracks, among other things, and Lords of Shadow doesn't disappoint. While there aren't catchy, memorable tunes on hand, the orchestrated soundtrack strikes a pleasing balance between foreboding and subtle tracks. Outside of the single battle theme that rears its head time and time again, the entire experience is a stream of new and exciting sounds. One puzzle features an interesting take on a classic track from Super Castlevania IV, that should be immediately recognizable to Castlevania vets.

Like the first PlayStation 2 entry, Castlevania: Lament of Innocence, Lords of Shadow uses a fixed camera, which is both a blessing and a curse. On the plus side, it allows for awe-inspiring views of captivating environments, of which there are many, granting you a powerful sense of scale on a near-constant basis. The added power of PC hardware enhances these moments with increased draw distances, anti-aliasing, and significantly higher-resolution textures, with gameplay humming along at 60 frames per second at 1920x1080. These improvements are a practically a given with the scalable nature of PC hardware, but it makes such a big difference in Lords of Shadow. The console version suffered from below-average frame rates and woefully compressed textures, so it's great to see the game rendered in a way that does justice to the top-notch art direction on display.

Unfortunately, the fixed camera has a negative impact on gameplay. Quite often, you're presented with a narrow view of your environment, and it's easy for enemies to slip out of frame. Then there are scenes where the camera is pulled way back, and it's almost impossible to discern your opponents' actions. Though these issues persist throughout the game, the core combat is an enjoyable rendition of the sort of fighting found in God of War. Gabriel's initial selection of direct and wide-area attacks blossoms into a portfolio of high-flying, cross-cracking maneuvers that can easily be strung together, allowing you to hit enemies from nearly every angle. Though you can hack and slash your way through most enemies, they all have a weakness, and learning how to exploit their vulnerabilities makes combat a much more rewarding experience than relying on brute force alone.

One maneuver never goes out of style: parrying. If you block an attack just before impact, your opponent is momentarily stunned, leaving a brief window for you to execute powerful blows that can turn the tide of battle. Perfecting your abilities and besting your enemies feels great, but unfortunately, the satisfaction of executing a finishing blow is often wrenched away from you because quick-time events punctuate every major battle. Lords of Shadow often treats boss fights like a relay; put in your share of the effort, and the director carries the baton across the finish line. Granted, you press a button or two during these extended executions, but seeing your abilities distilled down to a well-timed button press during a minute long cutscene is deflating.

Outside of combat, you spend a lot time traversing cliff faces and scaling castle walls. These sections provide a nice respite from the heat of combat, with light platforming and beautiful vistas aplenty. Here, Gabriel moves about at dizzying heights, hanging from ledges, and grappling and swinging to and fro with his combat cross. The same tactics apply to face-offs with Titans, which are giant bosses that are stages in and of themselves. You scale these large creatures while searching for and destroying their weak spots as you go. They move slowly and pack a punch when Gabriel is on the ground, but there's one airborne Titan towards the end of the game that's pure platforming, and the most exciting of the lot. Apart from a few perilous moments, the biggest challenge you face is determining in which direction to move, but don't worry, because the game consistently highlights any object of interest.

In fact, the game presents many solutions to you, even obvious ones, again and again. Simple lessons learned early on are repeatedly emphasized through text and extended close-ups, hours into your adventure. Where platforming is concerned, the over-the-top tasks at hand--relative to Gabriel's abilities--call for such hints; you wouldn't recognize a grapple point looming 30 feet overhead otherwise. But there comes a point during the game when the helpfulness outside of these sections feels intrusive on the experience and borderline insulting to your comprehension. Puzzles aren't even taken seriously; if you're having a hard time solving them, you can spend skill points to bypass the challenge completely.

Castlevania: Lords of Shadow Ultimate Edition is an enjoyable action game filled with epic moments, but it's also held back by myriad issues, such as the restrictive camera, unnecessary quick-time events, and relentless in-game hints. It has the makings of a classic, with an epic soundtrack and top notch visuals, thanks in no small part to the PC upgrades. If you can look past the faults that do exist, you'll find a pleasing mix of hard hitting combat and imaginative, if easy, platforming. It's not the Castlevania most people know, but it's a good start for the next chapter in the series.

View Comments (96)
Back To Top
7
Good
About GameSpot Reviews 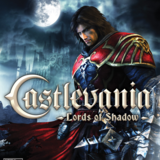 Castlevania's been a favorite series of Peter's since the Nintendo Entertainment System, starting with Castlevania III: Dracula's Curse.