Castlevania: Lords of Shadow - Mirror of Fate is riddled with minor flaws, but it stays aloft thanks to its enjoyable mix of combat and platforming.

Castlevania: Lords of Shadow - Mirror of Fate stirs up conflicting emotions. On the one hand, it's a good action game that draws you into the depths of Dracula's castle with its beautifully tormented gothic design. Equally pleasing are the flexible and responsive controls that bring the exciting combat system to life. Apart from these highlights, however, Mirror of Fate struggles with a handful of issues. Prevalent quick-time events, and the often mundane situations that call for them, often feel unwarranted. The story, despite its good points, concludes with a twist that can be seen coming from a mile away. At the end of the day, demon slaying and clever platforming are the biggest reasons to stick until the lukewarm conclusion. Thankfully, the tight and entertaining gameplay prevents the experience from slipping into mediocrity.

You play as three different characters as you fight your way through hordes of enemies in search of Dracula. The prologue recaps a part of Gabriel Belmont's story from the original Lords of Shadow, and then you set out as his grandson, the crimson-clad Simon Belmont. Once Simon arrives at Dracula's throne, the game switches perspectives, putting you in the shoes of the mysterious Alucard, and eventually Trevor Belmont, Simon's father. The start of each act cascades back in time, leading up to the events of the act before it.

Despite its predictability, the story puts an interesting twist on the tale of the fabled Belmont clan. Traditionally, generations of Belmonts have faced off against Dracula in a never-ending battle to save humanity, with very little character development along the way. Mirror of Fate boldly reverses this trend, completely rewriting the Belmonts' history in the process. The notion of telling the story in reverse is as promising as it is unorthodox, but it needs to be handled delicately to work. By revealing big clues early in the game, Mirror of Fate fails to do so. Granted, the details of the plot are interesting, connecting characters in unprecedented ways that upset pre-Lords of Shadow lore, but these surprises, intended for the end of the game, are apparent too early into your adventure.

Every character possesses different skills and secondary items, but they all wield a whip of sorts. With their trusty lashes, they can conquer pretty much anything. Secondary items and magic are somewhat underutilized, and you're only forced to use them on rare occasions. Your primary weapon is often the most effective tool in battle, and like any good battle system, some attacks are better than others for a particular enemy-type. Discovering the right formula for a quick, painless kill is challenging, but the reward of impressive displays of might and speed are worth the time it takes to get it right.

Your weapon is quite useful outside of combat, too, aiding your progress into the castle depths. When grappling across chasms, or rappelling down walls, you need a keen sense of spatial awareness and timing to keep your footing and health in check. Fending off monsters while navigating precarious platforms builds tension, and they are the best moments Mirror of Fate has to offer, but since time is the only element at risk due to an overabundance of checkpoints and a generous revival scheme, the game lacks the invigorating urgency that the threat of death can deliver.

When you aren't confronted with throngs of enemies or tricky platforming sections, you might struggle with some of the environmental puzzles strewn throughout the castle. While it may seem like arranging mirrors to direct a laser around a series of twists and turns isn't the most logical way of powering on a contraption from the middle-ages, it's a mildly challenging diversion and a welcome change of pace. The few puzzles in the game are generally well designed, but they primarily task you with finding the appropriate arrangement for a series of objects. They're enjoyable, if fairly simple in their execution.

Throughout the course of each chapter, you spend a good amount of time developing your character's skill set and learning the particulars of each attack. Developing your grasp of combat mechanics is a fulfilling journey, but the prevalence of quick-time events repeatedly deflates the value of this progress. This is most obvious during boss fights, which demand precision and quick reflexes. The problem is that every boss battle concludes with a multipart quick-time event, and failing to hit the right timing simply resets the cinematic to the last successful input. Performing complex finishing moves with one or two well-timed button presses feels like a cop-out after mastering the tricky techniques and quick reflexes required during the heat of actual, not pseudo-cinematic, combat.

Mirror of Fate is best when it separates interactivity and passive entertainment, so the fact that it hurts itself by blurring the two so frequently is a major disappointment. Worse than that, there are numerous occurrences of a particular door in the later half of the game that can only be open by enduring repetitive, button-mashing quick-time events, and that's after you've acquired the skill that's supposed to enable you to open the door to begin with. Quite annoyingly, any treasure chests you find require the same rapid button presses to open.

With the return to 2D, there's a renewed attention to exploration and discovery. There aren't any fake walls or turkey roasts hidden away in bricks (barrels are a different story), but there are a fair amount of tempting opportunities lying in wait. Most hidden passages are easy to spot, and the handy map-notation tool makes returning to explore suspect locations a mostly simple affair. Unfortunately, the rewards fail to impress, and since there's very little variety to what you discover, the sense of wonder soon fades. You might discover a health or magic upgrade, or perhaps a new entry for your bestiary, but that's about it. It takes time to get used to the game's compartmentalized, as opposed to singular, map, but it's not too hard to navigate when the time comes to backtrack for secrets. The element of exploration is a nice nod to the past, but Mirror of Fate fails to match the joy of discovery found in previous Castlevanias.

All told, Mirror of Fate is a fun and occasionally challenging action game with successful elements and an unfortunate, but small, selection of poor design choices. By taking liberties with the series' lore, it opens the door for an exciting conclusion to the Lords of Shadow timeline. Had some of the inconsistencies in gameplay been ironed out, the experience would have felt much more cohesive, but as it stands, Mirror of Fate is a good, but not great, addition to the historic Castlevania series.

View Comments (163)
Back To Top
7
Good
About GameSpot Reviews 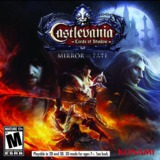