Complaints aside, Castlevania: Legacy of Darkness is exactly what it sets out to be: a better version of the original.

Once titled - more accurately - Castlevania: Special Edition, Castlevania: Legacy of Darkness is what Konami's first Nintendo 64 Castlevania title was meant to be when it was released early this year. Everything from Castlevania 64 is present here in an enhanced director's cut version, which contains improved graphics, sound, and two extra scenarios featuring the new characters, Cornell the werewolf and the young warrior Henry. Like the original, Castlevania: Legacy of Darkness isn't very similar to Symphony of the Night on the PlayStation but is a hard-core version of the early titles in the series set in 3D. Taking place eight years before the first N64 game, C:LOD begins with Cornell journeying to Transylvania after his friend Ortega had betrayed him, allowing Cornell's sister Ada to be abducted by Count Dracula. Now it's up to you to rescue her, or die trying.

Instead of letting you play as any of the four characters from the start, C:LOD forces you to finish the game as Cornell before you can unlock the remaining three. As Cornell, you play through a mix of all-new levels and levels from the original that now carry different objectives. Cornell uses a sonic-boom-like punch as his primary weapon, and for close combat, he can use his claws to slash enemies. The weapons are pretty much the same as those found throughout the series: axes, daggers, crosses, holy water, and so on. Cornell himself is a little bit tougher to maneuver than Reinhardt or Carrie, because his lock-on is not as precise as theirs, and his attack is a bit slow. You'll end up facing in one direction for a few seconds while enemies attack you from behind and from the side. Cornell has the ability to morph into werewolf form, which makes his attacks and defenses stronger, but, disappointingly, there are no additional special moves. This new scenario is a lot of fun to explore, although, admittedly, it does seem to drag at points.Playing through Reinhardt's and Carrie's scenarios in the director's cut version isn't nearly as fresh an experience as playing as Cornell, but hard-core fans of the series will nevertheless enjoy playing through these now-more-difficult scenarios, with their new levels and bosses. Henry's mission is the shortest and least interesting of them all, requiring you to rescue seven children within six days.

The graphics found in Castlevania: Legacy of Darkness are a mixed bag. The game looks much more impressive with the use of the N64 Expansion Pak, but even with the Expansion Pak the frame rate is still very jittery, making it almost unplayable. Without the Expansion Pak, the game looks slightly better than the original. A few touchups have been made to the backgrounds, such as added textures to the walls and added details to the flowers in the gardens. Although it may downgrade the resolution, playing without the Expansion Pak makes the game run much smoother. It's a shame that Konami couldn't use the pak more effectively.

Many complained about the lack of music in the original, but Legacy of Darkness contains a nice assortment of new tracks and remixes of classic Castlevania tunes. Other additions include the introduction of cinematics and the option to switch the camera into several different modes. Cornell's intro sequence isn't FMV but an in-game engine cinematic, the likes of which was missing in the original. It's not quite up to what Konami accomplished in Metal Gear Solid, of course, but it's entertaining, and it adds a little flavor to the character. You can now also change the game camera between three different perspectives. But there isn't one view that works well for every situation, and you have to keep switching between them to find the best view of the current action. For example, setting the camera to boss mode will place it so far back that your view is often blocked by a wall in areas inside the castle.

Complaints aside, Castlevania: Legacy of Darkness is exactly what it sets out to be: a better version of the original. If you loved the first one, there's enough added value to justify picking this game up, even though it feels a little dated now, and its price is pretty steep. But if you're one of those people who felt that Castlevania should've never made the jump into 3D, Legacy of Darkness will do only a little more than the original in convincing you otherwise.

Metroid Dread Is The Realization Of A 15-Year Vision 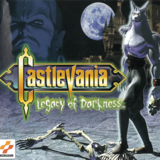 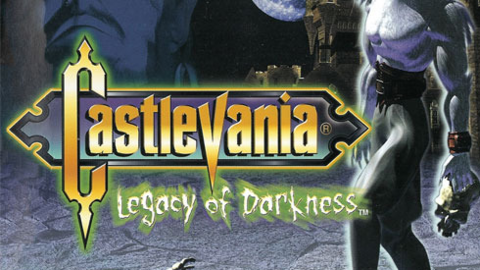 Complaints aside, Castlevania: Legacy of Darkness is exactly what it sets out to be: a better version of the original.