Thanks to the Internet, the poor translation is no longer an obstacle to kicking Dracula's butt.

In the original Castlevania, you journeyed up multiple floors of a castle, merrily whipping zombies and Dracula's generals until you reached the throne room and unleashed your fury against the Count himself. However, as it turns out, old Drac cast a deadly curse on you right when you dealt the fatal blow. So now, in Castlevania II: Simon's Quest, you have to break the curse by--get this--recovering the Count's body parts from the various monster-filled mansions the villagers socked them away in. That's not the only twist, either. This second installment does away with the linear level structure from the first game and instead lets you explore a contiguous world of towns, mansions, and haunted wilderness at your leisure.

Don't worry--those forests and mansions contain plenty of platforms to jump across and ghoulish enemies to whip. All of the classic Castlevania stuff you like is here, including the holy water and dagger subweapons that allow you to really go bananas on your undead victims. Day-to-night transitions change the look of the backgrounds and cause enemies to gain strength at night. That's merely a minor wrinkle for a skilled vampire hunter such as you, although it certainly is sweet to see the formerly sunny pastures bathed in moonlight and the villages infested with zombies during the nighttime hours. The main difference between this game and its level-based predecessor is the structure of the quest. You visit multiple mansions, you talk to townsfolk to get clues, and you use the hearts you collect to buy weapons and items from the shopkeepers located in each town.

Before you get too excited about the prospect of playing an open-ended, old-school Castlevania, you have to bear in mind that the game provides very little guidance as to where to go or what to do when you get there. Shop entrances are often hidden behind fake walls. Two mansions are totally hidden until you equip certain crystals and kneel in very specific spots to reveal their entrances. You're supposed to talk to the villagers in order to get clues that'll help you figure this stuff out. Unfortunately, the subtle hints from the Japanese version were butchered by whoever translated the game into English. Somehow, from "hit Deborah Cliff with your head to make a hole," you have to deduce that you need to kneel down in the western graveyard with the red crystal equipped to summon a tornado.

Realistically speaking, you have two choices. You can go online and read a guide that tells you what to do, or you can try to work through the game the old-fashioned way by throwing holy water on every brick and kneeling down on every inch of ground.

To the developers' credit, they thought to give you unlimited continues and a password system. So, assuming you have all the time in the world, it is possible that you'll finish the game eventually. And, if you do invest the time necessary to figure things out, you might come to appreciate how the world in Castlevania II is structured. The first time through, it could take you weeks to reassemble Dracula. The second time it will take a couple of hours. Your reward for the next victory will probably be the best of the game's three ending sequences. In any case, whipping skeletons and throwing knives in werewolves' eyes is always fun, regardless of how cryptic the world structure is.

Thankfully, it isn't 1988 anymore. You're reading this on a computer that's "plugged in" to the Internet. Badly translated dialogue is no longer an insurmountable boundary to enjoying what this game has to offer. So if you want to explore Transylvania and lash the undead, and you don't mind checking your favorite gaming site when you get stuck, you probably won't regret downloading the NES version of Castlevania II: Simon's Quest onto your Wii. 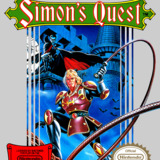 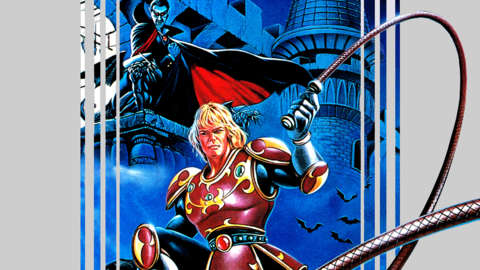