Aria of Sorrow will be familiar territory for fans of this long-standing series, but they'll love it anyway, and so will anyone looking for a great GBA action game.

It's a good thing you can't truly kill Dracula. Otherwise, Konami would have to stop making these excellent Castlevania games for the Game Boy Advance. Aria of Sorrow, the third Castlevania for Nintendo's portable system, is probably the best one yet, both in terms of its gameplay and design and also in terms of its production qualities. However, it must be said that Castlevania: Aria of Sorrow is at heart a very similar game to last year's Harmony of Dissonance and 2001's Circle of the Moon and that all three of these games bear more than a passing resemblance to Castlevania: Symphony of the Night, a PlayStation game dating back to 1997. Granted, Symphony of the Night perfected an excellent formula for side-scrolling action adventure games--the fact that a game like Aria of Sorrow can get away with directly copying Symphony all these years later is proof that Symphony is a classic. More to the point, like the arch villain of the series, the Castlevania formula seems to be immortal. Castlevania: Aria of Sorrow will be familiar territory for fans of this long-standing series, but they'll love it anyway, and so will anyone looking for a great action game for the Game Boy Advance.

For what it's worth, Aria of Sorrow makes a superficial effort to be different from every Castlevania before it. Namely, it's the first Castlevania that's set in a dark, gothic future, rather than in a dark, gothic past. So what's Dracula's castle like in the year 2035? Actually, it's pretty much the same as it ever was. There are maybe a handful of futuristic touches in Aria of Sorrow, but for the most part, the setting of the game is all winding, mazelike passageways through cathedrals, dining halls, catacombs, and so on, just like pretty much every Castlevania since the first one came out in 1986. Here, as the androgynous, white-haired hero, Soma Cruz (who looks just like Juste from Harmony and Alucard from Symphony), you'll wield a wide variety of medieval weapons against a wide variety of undead and demonic foes in your quest to try to find a way out of Dracula's castle. Those keeping up with the Castlevania series will recognize many of the enemies and locations in this game and will feel right at home from the moment the game begins.

The gameplay of Aria of Sorrow is definitely similar to that of its predecessors, but it's been appreciably refined and improved. For one thing, the game packs the most well balanced challenge of the three--it's easier than the very tough Circle of the Moon but tougher than the rather easy Harmony of Dissonance. It also offers more variety than either of those games. Soma can find and equip a huge arsenal of different weapons, including swords, hammers, punch daggers, and much more. These all have different properties--some are quick but lacking in range and power, while others cover a wide range but are relatively slow. Some weapons are flat-out better than others, but it's fun to experiment with all of them.

Moreover, the esoteric card system of Circle of the Moon and the elemental magic system of Harmony have been replaced by Soma's ability to absorb his enemies' souls and gain their powers. It's a great system and, much like all the weapons in the game, packs a surprising amount of variety. Basically, each time Soma strikes down a foe (of which there are more than a hundred different types), there's a chance that he will absorb that enemy's spirit and be able to use it in battle.

There are three different types of souls: Most of them can be "equipped" and used in place of the traditional Castlevania subweapons. So for instance, Soma might shatter one of those bone-tossing skeletons, steal its soul, and then be able to chuck bones right back at his foes. A second type of soul is used for defensive and offensive auras, which can be triggered with the right shoulder button. The first such power Soma gains makes him fall more slowly, like a feather, so that he can drift to previously unreachable areas. A third type of soul can be equipped to grant passive bonuses to Soma's core stats (like strength and intelligence) or to give him powers like the ability to walk on water.

The first two types of souls require some of Soma's magic points as he uses their respective abilities, but magic points can readily be restored by collecting hearts that appear when you break objects in the environment. Between all the different weapons and souls you can find, there's really a lot you can do to change the way Soma acts in battle. It can be fun to try to think of powerful, new combinations of weapons and souls, especially if you're trying to come up with the best way to defeat one of the game's tough boss monsters.

Besides his weapons and soul-stealing abilities, Soma has the standard Castlevania hero abilities to run and jump, but sure enough he gains additional powers that soon allow him to double-jump, slide-tackle, and even fly. With all those different powers at your disposal, you might be a bit disappointed to find that Dracula's castle is actually pretty straightforward and doesn't give you too much opportunity to really get the most out of all this stuff. Aria of Sorrow isn't a very long game, weighing in at about 10 hours until the final confrontation, and most of the environments are just long hallways filled with monsters. You'll hit the occasional dead end in the form of a chasm that's too wide for you to jump across, or something to that effect, and will later return with new powers that allow you to get to the other side. Sometimes it can be difficult to remember where you're supposed to go next. You have convenient access to a map of all the regions you've explored, but it doesn't do much to tell you where to go next. So you'll wander around until you figure it out. Soma gains experience levels as he defeats enemies and eventually becomes practically unstoppable, so there's little challenge in backtracking through the castle.

Castlevania: Aria of Sorrow is more polished than the previous two Castlevania games. Fans of those games will notice that simple actions like saving your progress, checking the map, and accessing your inventory are faster than in the previous games, which helps keep the pace nice and quick. The soul-stealing system is simple in practice yet has plenty of depth, and the quality of the game's graphics and sound are both great. Soma animates smoothly, and most all the enemies look very good, especially the game's huge bosses. Some of the graphics are obviously recycled from previous games, but everything looks sharp and colorful, and the game makes use of some impressive visual effects to boot. The music, though mostly forgettable, definitely sounds better than that of last year's game, and the weapons and enemies all make realistic noises that add to the game's atmosphere.

Aria of Sorrow features a "sleep mode," which is actually mislabeled, since it's more of a quick save--you can use it to instantly save your progress at any point, in case you immediately need to stop playing. When your resume your progress, the quick save is deleted, to keep you honest. And this is the first Castlevania with a link-up mode, by means of which you and a friend can trade the souls you've collected in an effort to complete your collections. Too bad Konami didn't go a step further and allow you and a friend to duke it out in an arena deathmatch, using your personal combinations of weapons and souls. A cooperative mode would have been great, too. Not that the game is lacking in replayability. There are several different endings, plus a hidden playable character that controls a lot like Harmony's Juste.

Though it may have room for improvement and innovation, the Castlevania series is nevertheless in top form with Aria of Sorrow. This is just a really great action game in the same vein as classics like Symphony of the Night and Super Metroid before it, and it stands tall among the GBA's best action games, including Circle of the Moon and last year's Metroid Fusion. Castlevania fans owe it to themselves to give Aria a shot, and anyone who might have missed out on either or both previous GBA Castlevanias would more than likely enjoy it as well.

View Comments (1)
Back To Top
8.6
Great
About GameSpot Reviews 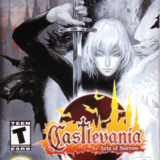 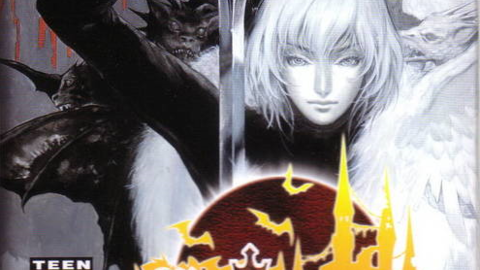 Aria of Sorrow will be familiar territory for fans of this long-standing series, but they'll love it anyway, and so will anyone looking for a great GBA action game.