Midway's CART Fury Racing is a decent fast-paced arcade-style racing game that certainly has a lot going for it. The game's graphics, control, and overall sense of speed really make the game a solid PlayStation 2 cart-racing game. However, its unrealistic artificial intelligence, mismatched music, and lengthy loading times add up to an uninspiring experience that only results in frustration.

CART Fury is officially licensed by the Championship Auto Racing Teams racing organization and features popular drivers like Christian Fittipaldi, Michael Andretti, and Max Papis. The game includes 18 tracks, seven of them modeled after real-life CART tracks with the remaining 11 consisting of fantasy tracks. The game has five modes: arcade, season, simulator, subgames, and driving 101. In arcade mode, you can select a track, driver, and set your difficulty before beginning a race. The difficulty setting is unique in CART Fury, as it doesn't improve the quality of your opponent's driving but rather affects your vehicle's performance. The higher you set your difficulty, the less traction your car has on the track. On the bright side, raising the difficulty also raises the max speed on your car. During the race, you are given boost power, which refills after each checkpoint. If you complete a lap under a certain amount of time, you are given superboost, which as its name suggests is a more powerful boost. The season mode follows the same guidelines as the arcade mode, but you must race each track and earn points in an attempt to win the overall season. Simulator mode moves slightly away from the arcade gameplay. In this mode, you are stripped of being able to use boost, and there are no difficulty settings. Instead, before each race you are able to adjust the wing angle, tire pressure, and the shocks on your vehicle. To compete with the other drivers on the circuit, you must adjust these settings to the point where you can zoom around the track as fast as you can without hitting any walls. The simulator mode doesn't use a point system. Instead, you must win a race to progress to the next track. The subgames mode provides you with six minigames, and this provides little added value to the game. Driving 101 is a mode that tries to add a bit of the Gran Turismo license test feel to the game, but it ultimately boils down to driving a lap around a track without knocking over too many cones.

Good track design is key to any racing game, and Midway delivers in this area. The real-life tracks in CART Fury don't have turns that are necessarily as sharp as their real-life counterparts, but this is great because very little braking is needed to get around the track without running into walls, supposing your car is tuned right. Every fantasy track is creatively designed, each one having a distinct look and feel. Some of the fantasy tracks include: The Skyway, a track that takes place in an area where several highways are being constructed, Airport Raceway, a track that is set at an airport with planes landing and taking off as you race. There's even a track that is located on the moon, with spacecraft flying around you.

Visually, CART Fury is decent. Each course is full of buildings, trains, and random flying objects to add to the atmosphere of the game's over-the-top style. The car models have a low number of polygons, but this allows for dozens of cars to be on the screen at once. Slowdown is apparent throughout the game, but it's nothing to cry about. The game's textures are washed out and leave a lot to be desired.

CART Fury's controls are simple and responsive. It's easy to navigate your car smoothly around turns of any type, thanks to the game's excellent analog steering. The gas and brakes only have digital response. To fully realize the great sense of speed in CART Fury, you must first master the controls, but this is an exceptionally easy task.

CART Fury's soundtrack includes the music groups Outkast, H2SO4, Nullset, and Disturbed. While this is a rather impressive lineup of artists, the problem is that the music doesn't go well with the game. Outkast's featured song in the game is Bombs Over Baghdad, which really doesn't fit with the rest of the game's presentation. The announcer only says a few lines per race, and the sound of the car engines are the same engine sounds we have heard time and again in open-wheel racing games.

The worst part, and probably the most essential part, of CART Fury is its AI. In the arcade mode, you'll usually find yourself having a very difficult time staying ahead of the pack, but once the final lap approaches, winning is not difficult. The simulator mode is where the effects of the poor AI is noticed the most. When a race starts, you're able to keep up with the pack of other cars for about half of the first lap, and then suddenly every other car on the track takes off and speeds past you leaving you near the back of the pack, if not in last place. What makes this worse is that it appears that every car has a predetermined course, so if you are in a car's path while it is speeding ahead, it will smash into you, causing you to wreck. This trend will continue until you are on your final lap, and then every other car suddenly becomes really slow, letting you make your way back to the front of the pack. If your car is tuned right, you can go from last place to first place on the final lap without any hassles, supposing you don't wreck. If you wreck during any part of the race on simulator mode, it seems that winning the race is impossible, as the game will not let you pass the first-place car on the final lap. You can pull up beside the first-place car, but after around two or three seconds of being next to it, the car will dramatically speed off ahead of you like it did during the first lap.

While loading times are something we are used to seeing in disc-based games, CART Fury's loading times are some of the worst we have seen in quite some time. Just about every set of menus throughout the game requires you to sit there and wait while it loads--not just for one or two seconds, but anywhere from five to 15 seconds. In a few of the subgames, your game can be over in five or 10 seconds if things don't go your way, and if you want to retry the subgame, you have to go through all the loading over again. From the time you boot CART Fury up to the time you actually start a race, you will go through at least four or five loading screens.

CART Fury has its strong points, but its flaws heavily outweigh them. Good AI is essential to any game, especially racing games, and CART Fury simply fails in this area. With the game's bad AI, out-of-place music, and long load times, CART Fury causes a lot of unnecessary frustration. Fans of Midway's Rush and Thunder games might want to give CART Fury a whirl, but everyone else should keep his or her guard up. 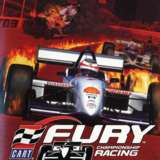 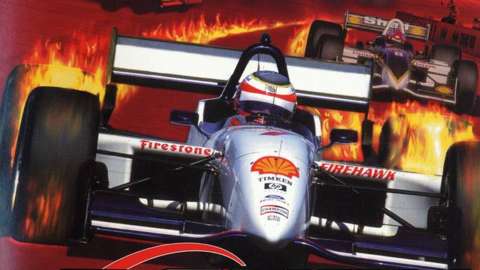