Cars 2 is a colorful and varied racer that's a lot of fun to play with friends and family.

Regardless of whether you enjoyed, endured, or avoided seeing Disney Pixar's Cars 2, the racing game of the same name is a fun drive. It's also an unusual one. This is a racer in which every vehicle is equipped with a jump button, using the reverse gear is a legitimate race strategy, and thoroughbred racecars rocking machine guns compete alongside mine-dropping camper vans. Despite its disappointing lack of online play, Cars 2 is also a game that's best enjoyed with up to three friends. There are better racing games available, but none quite like this one.

Like you, those friends should have no problem picking up Cars 2's controls; they're unconventional, but they're also uncomplicated and nicely explained in a series of brief tutorials that precede the career mode. Using a button to manually trigger your powerslides might feel unwieldy at first, but it works well enough that you're unlikely to switch to the automatic option. Similarly, using the right stick to instantly perform a 180 spin while simultaneously slamming your ride into reverse might take some getting used to, but it's a great system that makes dealing with pursuers especially satisfying. Vehicle handling is floaty to the point that none of the 30-plus playable characters ever feel like they're connecting with the track, but even this initially off-putting flaw is easy to overlook because, when all's said and done, it doesn't make the game any less fun.

Starting up Cars 2 for the first time, you might be disappointed to find that none of the game's multiplayer options are available from the outset. You have to unlock them by progressing in the C.H.R.O.M.E. Missions career mode, which spans some 40-plus events. All's not lost if you've got friends on your couch that want to get in on the action, though, because all of those career mode events can be enjoyed by up to four players simultaneously. Not all of the five event types that show up in career mode lend themselves to multiplayer, but having friends along for the ride is rarely detrimental to the experience.

Even regular race events in Cars 2 aren't as straightforward as you might expect. All of the cars are equipped with a turbo, but to acquire boost, you have to powerslide around corners or perform tricks. Powersliding is effortless because you're afforded a great deal of control while sliding; with practice, you might find that you're able to hold a single powerslide around multiple corners and even along straightaways. Powersliding is one of the easiest ways to accumulate boost, but it's also one of the slowest; the more adventurous and varied your driving is, the quicker your boost meter fills up. Driving in reverse is a pretty easy way to get boost as well, though losing your concentration for even a moment and forgetting that your steering controls are reversed can be costly. The biggest boost payoffs come when you perform flips and spins in midair by flicking the right analog stick after a jump and when you successfully navigate the slaloms located on every track while driving on two wheels. The right stick can also be used to deliberately hop sideways into other cars, though this tactic is best employed against opponents that are smaller than you.

Size matters far less in battle races because you have access to the same impressive arsenal of weapons playing as a speedy lightweight like Guido that you do as a slow heavyweight like Mater. If you've ever played a Mario Kart game or any of the countless racers inspired by that series, few of the weapons will come as any surprise. You can pick up machine guns, missiles, mines, oil drops, homing missiles (which are actually RC skateboards loaded with explosives), and orbital lasers, which, depending on the mode you're playing, can either home in on the race leader or cause straight lines of destruction in their path. Sticking your car in reverse to turn missiles and machine guns on pursuers is especially fun, and if you're not worried about seeing where you're driving you can look back at your target to improve your chances of hitting them. Cars 2 doesn't always do a great job of giving you weapons that are appropriate for your race position when you collect a random pick-up (rear-facing weapons for the leader, most powerful weapons for the racer in last place, for example), but many of the pick-ups clearly display which item you're going to get, so it's up to you to grab the ones that are most useful. There are no icons on the screen to let you know which weapon you have equipped, but you don't need them because the weapons appear mounted on your ride and are easy to recognize.

Outside of regular races, weapons feature heavily in all of Cars 2's events. Attack events challenge you to destroy as many lemons (bad guys) as possible within a time limit; every time you get one, you can then add valuable seconds to the time limit. Hunter events play out in much the same way except that they take place in specially designed arenas, have set time limits, and see enemies attacking in five distinct waves. And survival events force you to drive specific routes around tracks and shoot any enemies that appear in front of you to collect batteries that replenish your constantly depleting shield. All of the events are fun, and though you will inevitably have favorites, none of them ever feel like a chore. Oddly, the best event type that Cars 2 has to offer doesn't show up in career mode at all, but once you unlock it (which might take a couple of hours), your multiplayer sessions will never be the same again. Disruptor events are a blast.

Disruptor events play out somewhat like a first-person shooter's game of capture the flag. Contested in the same arenas as attack events, disruptor sees players on two teams attempting to destroy each other's bases by delivering the titular heavy payload multiple times. At the start of each game, multiple possible spawn locations for the disruptor appear (crates scattered all over the Italy arena or containers being towed behind a baggage cart at Tokyo's airport arena, for example), and everyone races to find it. Once the disruptor is found, an icon appears onscreen to let everyone know where it is, which is typically atop one of the cars. When carrying the disruptor, you move significantly slower and you're unable to drive in reverse, so defending yourself is tricky. You can still jump to avoid incoming weapons, but it's not uncommon for the disruptor to change hands several times (you drop it if you take damage) before someone successfully delivers it to the enemy base.

Typically, you need to hit a base three times to destroy it and win the game, and what's especially neat is that bases automatically bolster their own defenses when they take damage. The appearance of defensive machine gun turrets after a base takes a hit makes subsequent attacks much trickier, and when a base closes off one or two of its entrances after a second hit, attackers are forced to find another way inside. This not only makes disruptor events more interesting, but it also keeps games from being too one sided because attack runs are more difficult for the player or players who are currently winning.

All of Cars 2's events benefit from taking place on imaginative tracks and arenas in locations all over the world. Whether racing on an oil rig, in the fictional town of Radiator Springs, or around real cities like London, Tokyo, and Monaco, the track designs never disappoint. Tracks afford you plenty of opportunities to earn boost, incorporate shortcuts that run the gamut from obvious to obscure, and generally do a good job of encouraging you to take risks even when you're leading the pack. Race locations are also easy on the eyes as you whizz through them, though they don't always hold up to closer scrutiny when you come to a standstill after a crash or are revving your engine (mashing the accelerator while waiting for the green light improves your start) on the starting grid. The cars also look pretty good, and their cartoonish animation really makes them feel like the same characters that appear in the movies. Sadly, the same can't be said of their audio; all of the engines sound puny, and you'll hear the same catchphrases and quips repeated so often that they prove a compelling reason to play as different characters rather than sticking with your favorite.

Only 10 cars are unlocked for play initially, including key characters like Lightning McQueen, Holley Shiftwell, Mater, and Finn McMissile. You unlock additional characters at a good clip as you play through career mode though, for a total of 35 if you include alternates, such as Materhorn (Mater decked out in German lederhosen), brand new Fillmore (Fillmore pre-hippie paint job), and Carbon Fibre Lightning (Lightning with Carbon Fibre panels and no red paint). A further five characters can be purchased online for about $1 each, and still more can be unlocked by linking your game with the World of Cars Online virtual world. You're not missing out on much if you just stick with the characters included in the box, though.

Even taking its lack of online play into account, Cars 2 is a game that not only has a lot to offer for fans of the movies but also for anyone who enjoys games in the Mario Kart mold. Its racing isn't up to the standard of last year's Sonic & Sega All-Stars Racing, but where that game disappointed with local multiplayer game types like king of the hill and capture the chao, Cars 2 delivers with the likes of hunter and disruptor. If you're in the market for a kart racer that's fun to play alongside friends and family, you won't regret trading in $50 for Cars 2 at your local games showroom. 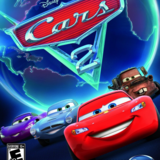 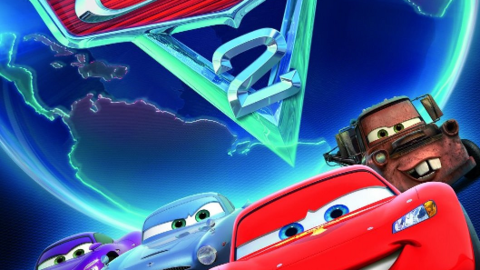 Cars 2: The Video Game, inspired by the upcoming DisneyPixar animated film allows players to jump into the Cars 2 universe.