Visually, Cardinal Syn is quite appealing.

Cardinal Syn is the product of Kronos, the same company responsible for the abysmal PlayStation fighter Criticom and the mediocre Dark Rift for the N64. Cardinal Syn sticks to the Kronos model as a good-looking 3D fighter that offers nothing in the vein of innovative gameplay.

The game starts out with eight playable characters, but every time you beat the tournament mode the game unlocks a new playable character. It's got the usual modes of play we've come to expect from fighting games: tournament, vs., team battle, survival, and training mode. Cardinal Syn, as far as gameplay features go, is fairly standard. The only crazy things outside the norm are the in-game hazards and treasure chests. The hazards include things such as a mining car that rumbles down the tracks, which you and your opponent happen to be fighting on, or a giant snowball that crashes down a nearby mountain. The levels also have various treasure chests lying about that contain health, added strength, and bombs that damage your character.

Visually, Cardinal Syn is quite appealing. The characters and the 3D arenas that they fight in are incredibly detailed. The motion of the characters is a little fast but looks fairly fluid. That mixed with snazzy lighting effects gives Cardinal Syn a very clean look. All of this is seen from a camera angle that for most of the time is a side view, although sometimes the view is obscured for a frustrating second or two when a piece of the background gets in the way. The music and sound effects fit the medieval theme of the game quite well. With the clashing of swords and over-the-top modern gothic music, the game sounds noticeably rich.

The AI of the computer-controlled fighters is just plain poor. They run through preset patterns that you can see even after only a short time playing, and once you've learned the patterns, you simply create a pattern that counters theirs. Needless to say, this becomes incredibly boring. Even on the hardest setting the gameplay is composed of knocking your opponent down and trying to keep him there. Otherwise he gets up and starts this seemingly endless barrage of high and low attacks.

Cardinal Syn has some nice graphics and sound to set it apart from other games in the genre, at least on the surface. But once all is said and done, with its typical weapon-based fighting system that plays like Soul Blade and Dynasty Warriors, Cardinal Syn just ends up coming off as another 3D fighting game knockoff. 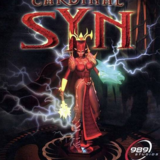 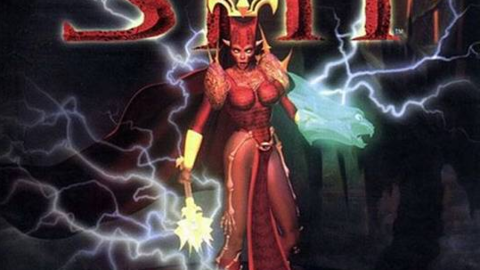 Visually, Cardinal Syn is quite appealing.