It was in the cards.

Card Hunter has brought its absorbing mix of Dungeons & Dragons and card gaming to Steam, and just like its free-to-play Flash-based predecessor from 2013, this expanded edition of Blue Manchu’s ode to 80s-era tabletop roleplaying is cute and clever enough to occupy many hours of your free time. Zippy adventures, loads of loot, and devious mechanics prove a real challenge to anybody’s role-playing and tactical skills, while virtual dungeon masters and a keen eye for nostalgia make the game appealing to a wide audience, but particularly to anyone who has ever rolled a 20-sided die.

This new edition of Card Hunter is much the same as the one that hit browsers a couple of years ago, albeit with a new sci-fi campaign, new artifacts, and cooperative multiplayer. If you could smash together a deck of Magic: The Gathering cards and some first-edition Advanced D&D books and then unmangle the resulting ball of papery mush and create a playable game out of the wreckage, you’d have Card Hunter. Basics have been freely borrowed from ‘70s- and ‘80s-era D&D in that you start off with a three-member party made up of the usual warriors, mages, and clerics from iconic RPG races, such as humans, elves, and dwarves. Characters earn experience, level up, and equip themselves with the traditional weapons, armor, and various magical goodies in the usual way.

Adventures are selected on a world map that gradually opens up based on your level. Make your choice, and you’re off to a three-battle (or so--most modules have trios, but the number varies occasionally) module given an old-fashioned D&D name like “Diamonds of the Kobolds” or “The Sinister Wood.” These names aren’t as cheesy as the real thing, like “The Sinister Secret of Saltmarsh,” but they’re close. And the classic pen-and-paper RPG vibe has been preserved. Two dungeon masters named Melvin and Gary serve as a Greek chorus, commenting on both your adventuring and life in general. Characters are cardboard cutouts shoved into plastic stands that boldly slide across maps atop the fake wood of recreation room tables. Erol Otus-ish black-and-white art on module intro screens and an accompanying elaborate title font complete the time warp back to your mom’s kitchen table circa 1984. Old-timers will love these little touches, especially the retro font. That thing is beyond hideous, but it is so evocative of a time and place that I immediately flashed back more than 30 years to the first time I played the classic “Tomb of Horrors” module. Nostalgia may be the cheapest way to hook people on a game, but it is effective when done right.

Gameplay has been reworked dramatically from tabletop RPG norms, though. Instead of taking turns to move, roll dice for combat, and so forth, all actions are controlled by playing cards within the turn-based, tiled maps that make up the battle arenas in each module. Character skills and equipped gear provide access to specific cards for attacks, blocks, and spells, so that sword in your studly warrior’s mitts supplies a bunch of different attack cards. The staff toted around by your mage offers up various spells, and the mail worn by your cleric grants cards with armor blocks and healing incantations.

You have up to five cards in your hand per round (although this number can vary slightly depending on the special abilities of certain cards), all drawn from the stock provided by the aforementioned hardware. If you want to cast a healing spell, for instance, you have to play a card featuring one of these functions. The same goes if you want to bash an enemy with a club or even move from one space to another on the tile-based maps featured in every module’s set-piece battles. At the end of every round, you discard unplayed cards to get down to a maximum holdover of two, and then you draw new ones to fill out another hand of five.

Everything has been cunningly put together. Battles roll out as intricate tactical affairs where every action is loaded with tension. I was reminded of the Gold Box D&D games from the late 80s and early 90s, as Card Hunter maintains a lot of the turn-based anxiety from those classics. Cards add an appreciable new element, however, along with some welcome randomness that forces you to take chances. I constantly asked myself questions. "My warrior has Powerful Hack, Reaching Swing, and Skillful Strike up right now, so do I race once more into the breach, dear friends, and go all medieval on these zombies? My mage has Surging Blast and a couple of Big Zap spells ready, too, so maybe I should go that route and move him forward? Can he survive out front like that? Or what about my cleric? She’s got two Healing Pulses in her hand, so maybe I should spend a round hanging back and healing. My mage is down to eight hit points, after all."

Class specialties work just as in regular fantasy role-playing. Going for the jugular with wide-open attacks isn’t always smart. Instead, you have to use mages and clerics to pave the way for swordplay. Buffs include blessings to make attacks instant hits and spells to make characters invulnerable, while you can also wear down foes with abracadabra stuff that strips away blocking cards, melts armor, and more. Area spells can also be used to cause cave-ins that hurt enemies and slow down their movement, establish walls of flame, pits of acid, and more. Every battle calls for specific equipment, especially as you move into higher levels. What works with troglodytes, for example, isn’t as good with imps, mutants, or zombies, etc. Tips can be called up if you fail a battle, so it’s generally pretty easy to figure out how to retreat after a loss and adjust your equipped gear to gain access to the cards needed to better handle the monsters currently on offer.

Of course, a lot also depends on what those monsters have in their hands. Committing to a rushing attack can be suicidal if the bad guys have the cards that they needed to fend you off. Holding off can also be tough, as you never know when you’re going to draw the right cards. Luck is a big part of every battle. I can’t count the number of times I’ve had my warrior all set to finish off a couple of bad guys only to draw nothing but passive armor and movement cards for a couple of turns until my chance at winning passed me by. Maps also enhance the tactical side of the game. Most battles take place in slightly elaborate settings with corridors, trees, and other obstacles that get in the way of movement and spellcasting.

Card Hunter still has a few problems. The biggest issue for me was the size of everything on a high-res monitor. Text is small, and a lot of the screen is wasted by showing a tremendous amount of the table that the game map is supposed to be sitting on. I loved the nostalgic touches like DM Gary’s “Campaign Notes” notepad and the D&D dice sitting nearby, too, but not at the expense of being able to read card descriptions without squinting. I was in the dark a little more often than I should have been, regardless, as some cards do not fully detail what they do. This can be dangerous, as some can be irrevocably activated with a single click.

More involved combat can turn dreary, especially when mages and clerics are involved. I took on a number of battles that turned into one-on-one scraps between spell-casters where the bad guy would run away and just wait for me to attack. This led to lengthy cat-and-mouse affairs where I would hunker down in a corner and draw cards over and over until I got the healing spells and attacks necessary to charge back into battle. I pulled out a few desperate victories using these cowardly maneuvers, but they were never particularly fulfilling. Sometimes I just gave up the battle and restarted, as this was a more agreeable option than committing to 10 or 15 minutes of playing the waiting game.

Some of the new features in this Steam edition of Card Hunter left me a little cold, too. Expedition to the Sky Citadel is an inspired rip-off (complete with another cool retro font, this one clearly inspired by the old Micronauts toys from the 70s and 80s) of the classic AD&D module “Expedition to the Barrier Peaks,” where fantasy heroes explore a crashed spaceship with the guidance of a robot DM. But it’s also incredibly tough, and the pre-rolled party made up so you don’t have to take your own characters to the suggested level 19 before starting it is not good, with an abysmal selection of gear and cards. Buying all new high-level gear for them was the only option to make them playable, but this was unwieldy enough that I went back to the grind with the original campaign.

My gripes about Card Hunter are minor in comparison with the admiration that I have for what the game accomplishes when it comes to creating a mood and a challenge equivalent to that offered by both classic D&D and card gaming. Nostalgia, intelligent combat, and a range of tactical depth is hard to find in different games, let alone rolled up into one very catchy, very reasonably priced package. 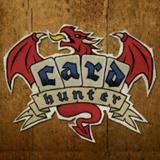 Over 20 hours in the AD&D-inspired Card Hunter made Brett long for a time machine, but he had to settle for just flipping through his old copies of “Tomb of Horrors” and “Expedition to the Barrier Peaks.” 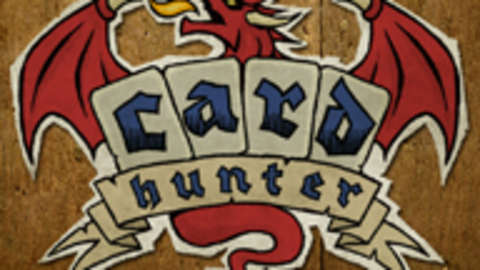 Card Hunter is a strategy-like board game playable on browsers.