Although each of these three games looks and sounds old, they're all still fun and relevant.

Capcom Classics Mini Mix contains three games that originally appeared on the Nintendo Entertainment System. The games are relatively unaltered and packaged in a single Game Boy Advance cartridge. You can jump and slash the ninja horde in Strider, swing around on a grappling hook to thwart a terrorist group in Bionic Commando, and use kung fu to beat up the thugs that have kidnapped the mayor's daughter in Mighty Final Fight. This trio may not look or sound as nice as recent games developed specifically for the GBA, but they're far from ugly, and, more importantly, the gameplay in each of them still holds up.

Each game offers a unique take on the side-scrolling action genre. In Bionic Commando, you have to guide Ladd Spencer through multitiered mountain levels in search of computer terminals and weapon upgrades while gunning down terrorists and jumping over and on top of obstacles. The twist is that there's no jump button. Instead, you extend a grappling hook and use it to lift Ladd up to platforms and to swing across gaps like Tarzan. That one change helps Bionic Commando stand out from all of the other cookie-cutter action romps. Strider, meanwhile, is quite generic with its jump-and-slash play mechanics, but it delivers a twist of its own by making you move back and forth between stages to track down ninja powers and keys that will allow access to the locked areas within each level. Rounding out the trio is Mighty Final Fight, which is a loose port of the Final Fight arcade game. You can jump and chain together attacks and earn new attacks and health upgrades by gaining experience. The game is probably best remembered for its cute Manga-style graphics and tongue-in-cheek dialogue sequences.

These games were all highly regarded for their graphics and audio back when they were first released, so while they look and sound dated by today's standards, they're otherwise easy on the senses. The 8-bit backgrounds are colorful, and the sprites show off quite a bit of detail compared to other games from that era. Seeing Ladd swing back and forth with his bionic grapple in Bionic Commando, or watching Hiryu cut down ninjas with his blue cipher sword in Strider, was eye-catching on the NES back in 1989. Mighty Final Fight, which was published in 1993, is the most visually impressive of the bunch. The streets of Metro City seem almost three dimensional, and all of the signs and graffiti decorating each level are a nice touch. There's also no denying the cuteness exuded by the pint-sized characters, which look like kiddie renditions of their arcade counterparts. All of the different punches, kicks, and combos are fun to watch, too.

As for the audio, the sound effects in all three games are of the "tick-tick-tick" variety that was commonplace on the NES and other consoles of the 8-bit era. The music, on the other hand, is often melodic and has a habit of sticking in your head long after you have turned the system off. Bionic Commando and Strider employ militaristic-themed tunes, while Mighty Final Fight pipes in 8-bit renditions of the arcade game's tunes.

For better or worse, the games haven't been altered or enhanced in any way, apart from the graphics having been reformatted to fit the GBA's screen dimensions. Strider and Bionic Commando weather this reshaping nicely and still look like they do on a TV with an NES hooked up to it. The squishing is more apparent in Mighty Final Fight, due to the game's letterboxed display, although the only truly negative side effect is that it's difficult to read the graffiti in the background. Except for the reformatted graphics, these games are pure emulations of the original NES versions. This means that the scrolling in Strider is still choppy, the end boss in Bionic Commando still looks like Adolph Hitler, and the characters in all three games still flicker when there are too many objects onscreen. It also means that, unlike many of the games in the Classic NES Series, you can't save your progress and pick up again later. Strider offers a password save, and the old passwords for it still work, but the other two games must be played from beginning to end in one shot. Suffice it to say, Capcom didn't implement any bonuses like sound tests or art galleries, either.

People will complain, and perhaps rightly so, that the cartridge only includes three games, when it's theoretically possible to fit dozens of emulated NES games onto a single GBA cartridge. Without delving into a debate on market economics, the important detail to keep in mind is that Nintendo and other companies have been content to release their classics on the GBA individually or in pairs for about $15 a pop. Here, Capcom has put three solid games onto a single cartridge priced at around $20. That seems fair, given what other companies have done. It is too bad, though, that Capcom didn't also include Ghosts 'n Goblins. The NES version of that was published for the GBA in Japan as part of the Famicom Mini Series, but it never made its way to the West with either of the two waves of Classic NES Series games.

Regardless of how many games Capcom could have or should have crammed into the cartridge, Capcom Classics Mini Mix easily justifies its low price by giving you the chance to experience three unique and engaging side-scrollers from the heyday of the NES. The 8-bit graphics and audio may have aged, and the lack of any bonus features may be off-putting to some people, but the action in all three is so much fun that these shortcomings seem trivial. 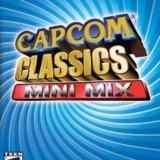