Ripping off every Japanese horror trick in the book doesn't make this poor attempt at survival horror any scarier.

True unadulterated terror is something most folks never hope to encounter in their lives, but the adrenaline rush that comes from being scared in short, controlled bursts can be absolutely thrilling. To that end, blending technology with the supernatural in a survival horror game setting has the potential to get the blood pumping and dish out spine-tingling chills when done properly. With a creepy plot involving a murderous Web site, the advent of cell phone teleportation, and more than a few dead Japanese girls, Calling might have had a shot at succeeding if it didn't blow its entire bag of horror tricks in the first 30 minutes of the game. Plus, there are only so many times you can tolerate mindlessly shaking the controller around like a lunatic to fend off touchy-feely spooks before you'd rather beat yourself senseless with the thing to make it all stop.

Though it's not directly associated with any movies, Calling's story and gameplay draws pretty heavily on elements from various Japanese horror films like The Grudge and The Ring. The game opens as widespread rumors of a strange Web site called "The Black Page" attract the attention of many curious Web surfers. Most are puzzled when they load it up to find a blank page and a visitor counter. However, a select few that stumble upon the site find a chat room where the page once existed. While chatting away, these poor souls suddenly receive a phone call that transports them to an alternate plane of existence called the Mnemonic Abyss. The story follows the intertwining paths of four very different victims doomed to roam aimlessly between life and death. Their only hope is to try to escape the hellish realm they've been thrust into, and you'll play as each of them at different times throughout the game.

The early stretches of Calling are the eeriest and most enjoyable. Until you eventually grab a flashlight, fumbling around the oppressive, pitch-black hallways of an empty high school in a first-person perspective is a tense experience. And the first few times ghostly entities with dark hollow eyes and stringy black hair leap out of the darkness to claw at your face will definitely be freaky and unsettling. However, the initial shocking moments grow less chilling as you proceed. Only a few hours in, the survival horror vibe melts away into a dull and predictable exploratory grind through many of the same empty environments. Sure, you'll hunt down diary notes or clues left by other characters, pick up a few select items needed to overcome specific obstacles, and solve a handful of clever puzzles. But mostly, you just roam around in the dark and shake off pesky ghosts while trying to figure out where you're meant to go next. The Mnemonic Abyss consists of several self-contained locations, including a hospital, a high school, a hair salon, an Internet cafe, some geeky guy's bedroom, and a few other spectral hot spots. Oddly, the only way to travel between them is by making a cell phone call to another phone located in the desired destination. It seems you can't shake a stick in the abyss without hitting a cell phone (even the ghosts have them).

Cell phones are such an integral aspect of the game that it even uses the Wii Remote and its internal speaker to mimic one. You can flick open your current phone at any time (with a tap of the minus button) to manually input and dial numbers you've pieced together on your travels, as well as receive calls from the dead who talk to you through the speaker. The Wii Remote can even be held to your ear like a phone, if you're so inclined. It's admittedly a pretty cool idea that does make interesting use of the controller hardware. Additional cell phone features get some play too, like recording and translating ghostly whisperings, answering text messages, or taking pictures of your surroundings. Exploring and navigating the abyss is generally smooth. The nunchuk handles all directional walking and running movement, while the Wii Remote allows you to point your flashlight, as well as turn around. Grabbing doors, desk drawers, and cabinets lets you pull them open. The controls are very responsive, allowing you to turn quickly and run easily. This makes the awful wagglefest that ensues during every single ghostly encounter a big disappointment.

The presence of ghosts triggers a scare meter that gradually increases as your character grows more frightened. Ghostly entities in Calling have a knack for popping up in your face, grabbing at your legs from the floor, or hanging down from the ceiling to grab at you at the most irritating of times. When they do appear, you have to shake them off by waving the Wii Remote around. In most cases, you have a single evasive opportunity per encounter by hitting the A button with precise timing. This lets you quickly evade them without having to deal with all the shaky fussing, though it's hard to nail when you're flailing around at the same time. Early encounters are indeed startling, but they happen so frequently further along that they just lose their already-meager scariness and become a huge nuisance. Some bosslike encounters force you to fend off multiple attacks from tenacious spirits for a minute or two. This is even more irksome when you're being chased through an unavoidable gauntlet of attacks down a lengthy hallway. There's even one point where you have to try to dial a memorized number at breakneck speed while fending off three ghosts at once.

Most areas in the Mnemonic Abyss are eerily designed and make great use of spooky lighting, as well as well-timed sound effects to lay out a grim atmosphere. While there are a few unique spots that offer a stark contrast to the doom-and-gloom scenery, meandering through larger locations like the hospital or high school gets visually monotonous. The main characters look and act convincing during cutscenes. On the other hand, ghosts you encounter deeper in the game look absurdly hokey while the garbled voice acting that spews through the Wii Remote speaker and from the TV itself is equally atrocious.

A sluggish pace and an unexciting, convoluted plot further compound the fact that Calling loses its ability to spook you far too soon, which is the kiss of death for a horror game. Here's another head-scratcher: The poorly structured adventure only takes you through a partially complete run of the game before showing you the end credits. Then you have to go back and replay the whole thing if you want to see the added chapters that will fill in the blanks left on the first go-around. You can skip the sections you've already played but will miss out on some secrets. This forced redundance is an abysmal move on the developer's part that really makes you feel cheated and used. Forget the adrenaline rush. Calling will give you a headache and a bad case of boredom for your efforts instead. 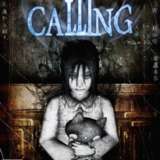 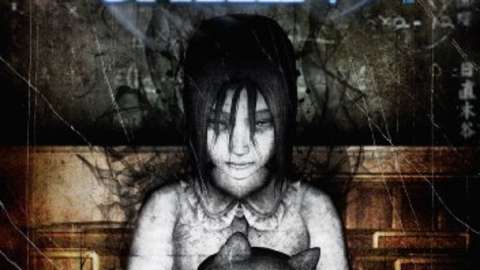 Calling is a survival suspense game.