Calling All Cars! is a frantic good time that's cut short by a serious lack of content.

If nothing else, Calling All Cars! earns the exclamation point in its name. It's a chaotic and fast paced game of capture-the-criminal that's easy to pick up and play. The game is fun in spurts, especially with friends, but with a dearth of content and a simplistic design, it won't keep you occupied for very long.

Calling All Cars! is a downloadable game for the PlayStation 3 in which you play as a member of a police force who has to capture escaped criminals. The game plays similarly to capture the flag. There are up to four players competing to catch a criminal and deliver him back to jail to earn points. By default, each round lasts for five minutes, and the player with the most points at the end of the round is the winner.

The game is simple, but it's not easy. If any of your opponents hit or attack you, you'll lose the prisoner—and your opponents will hit and attack you constantly. You earn points based on where you deliver the criminal, with more difficult deliveries offering more points. In most maps, the target is a jailhouse with three delivery areas, some of which require you to do things like drive up a narrow ramp or jump off a moving train. Sometimes you'll even have to deliver a criminal to a moving target, such as a paddy wagon or helicopter. This can be extremely difficult because most matches quickly deteriorate into a melee of cars bumping and smashing into one another while the poor prisoner trades hands like a hot potato. You'll very rarely have control of the prisoner for more than two or three seconds at a time, and more often than not, scoring is a matter of luck rather than skill. You can pick up weapons to give yourself an advantage, but there are only three different weapons in the game, and they're uneccessary because bumping into an enemy is easier and just as effective as hitting him with a hammer or shooting him with a missile.

Calling All Cars! can be played single-player, but it's clearly meant to be a multiplayer game. If you're stuck playing solo, you're given a choice of a single match or a tournament. The tournament is just a series of four matches, and you have to take first on a map to progress to the next. With four maps, it will only take you 20 minutes to see almost everything there is to see in the game. There are a few unlockable vehicles, but all the cars and trucks seem to behave exactly the same, so the differences are purely cosmetic.

The only other mode is multiplayer, which lets you play with up to three other players. You can play split-screen locally or online, so two people can play online on the same console. The multiplayer plays exactly like the single-player, except with the added excitement of playing against real people rather than lifeless bots. The multiplayer can be thrilling, but still short-lived, as the options for multiplayer action are sparse. You can choose a map and car, set a time limit, and assign bots, but beyond that there aren't many ways to customize your game. It's still fun to battle it out with friends, but after a few matches you'll be ready to move on to something else.

The game is light on content, but everything that is here looks good. The maps are small but full of jumps, hazards, and destructible buildings. The cartoon style of the game adds to the over-the-top zaniness of the action, as does the cacophony of sirens, alarms, and engine noises. If you have a standard-definition display, you won't be impressed by the visuals, but in high definition, the game looks crisp and detailed. More importantly, the game runs smoothly despite the frantic pace.

Calling All Cars! has the makings of a fun and exciting multiplayer game, but it feels more like a demo than a full game. With at least double the number of maps, weapons, and cars, this would be worth checking out. As it is now, there's just not enough content to justify spending $10 on this game. 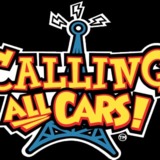 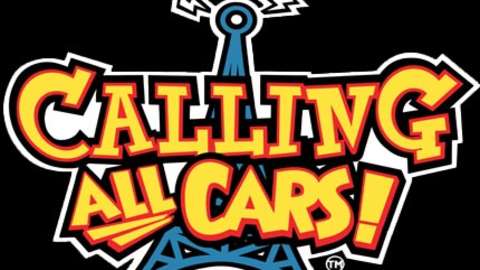